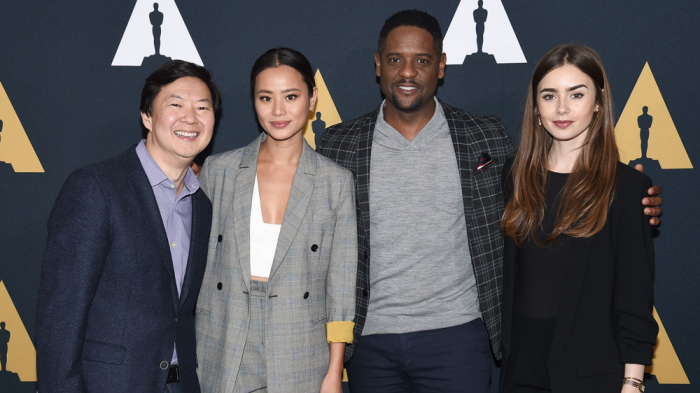 The Academy of Motion Picture Arts and Sciences honored five up-and-coming screenwriters Thursday as part of its annual Nicholl Fellowship in Screenwriting program.

On hand to present the awards was program director Jennifer Yuh Nelson (“Kung Fu Panda 2”) and fellowship chair Robin Swicord (“Memoirs of a Geisha”). Swicord, who began working with the fellowship more than ten years ago as a reader, said the fellowship looks for stories that possess uncomfortable truths, many of which were present in the work of the evening’s honorees.

“You have to have blind faith in order to proceed as a writer,” Swicord told Variety before the awards presentation and live readings of the winning works held at the Samuel Goldwyn Theater in Beverly Hills, Calif. “Sometimes that blind faith pays off and sometimes it takes a little longer than others, so I think that whatever you need to do to cultivate that blind faith, do that.”

Outside of the fellowship, Swicord is producing Greta Gerwig’s upcoming film “Little Women,” marking the second time the writer has worked with the 19th Century source material. Her first adaptation, released in 1994, starred Winona Ryder as Jo March and Christian Bale as Laurie, a role being played by Timothee Chalamet in Gerwig’s adaptation.

“There’s a kind of perpetual youth in him, and that is essential for that role. He’s kind of a little bit of a Peter Pan guy,” Swicord said of Chalamet. “I think that even when he is a long-time actor, we’re going to still see some boyishness in him. It’s just one of his essential qualities.”

Swicord was joined at the event by actors Ken Jeong, Lily Collins, Jamie Chung, and Blair Underwood, who performed the live readings of selected scenes from each of the fellowship’s winning screenplays. Together the actors provided riveting renditions of a Native American woman being interrogated for murder, an incarcerated math genius seeking the answer to a complicated numerical formula and a young foster child — played humorously by 54-year-old Underwood — spending his first night in a new home.

Each of the four screenplays was selected from a pool of more than 6,800 submissions, which the Academy eventually narrowed down to the evening’s five winners: husband and wife duo Allison and Nicolas Buckmelter (“American Refugee”), Joey Clark Jr. (“Miles”), Grace Sherman (“Numbers and Words”), and Wenonah Wilms (“Horsehead Girls”). Each of the winners receives $35,000 and the opportunity to complete another feature-length screenplay before the end of their fellowship year.

Other topics of the evening included the recent midterm elections, which were fresh on the minds of many of the evening’s attendees. On the carpet, Collins thought back to her experience making phone calls to potential voters around the country. After making more than 100 calls, the actress said she was inspired by the election results and the positive responses she received during her phone conversations

“I’m just excited about all the firsts that have happened. I think that it’s really important for all of us to use our voice,” Collins said. “It really renewed my faith in all of us using our voices for good.”

Chung echoed Collins’ statements about the election before drawing attention to Congressional candidate Beto O’Rourke, who narrowly lost out on a Senate seat to Texas Senator Ted Cruz. Chung said she will definitely vote for the popular Democrat if he runs in 2020.

“I hate to say this, but I wish he won the seat in Texas because then there would be hope for him to run for president,” Chung told Variety (it’s been argued, however, that O’Rourke’s loss puts him in an even better position to run for president). “I just want to ensure that there is a candidate that we push in the Democratic Party that has a chance against Trump and his horrible tactics and fear mongering.”