Keke Palmer apparently takes her coffee with a side of PDA.

The actress, 27, was seen getting touchy-feely with her rumored boyfriend, the musician Styn, while out for some java in Hollywood on Sunday. 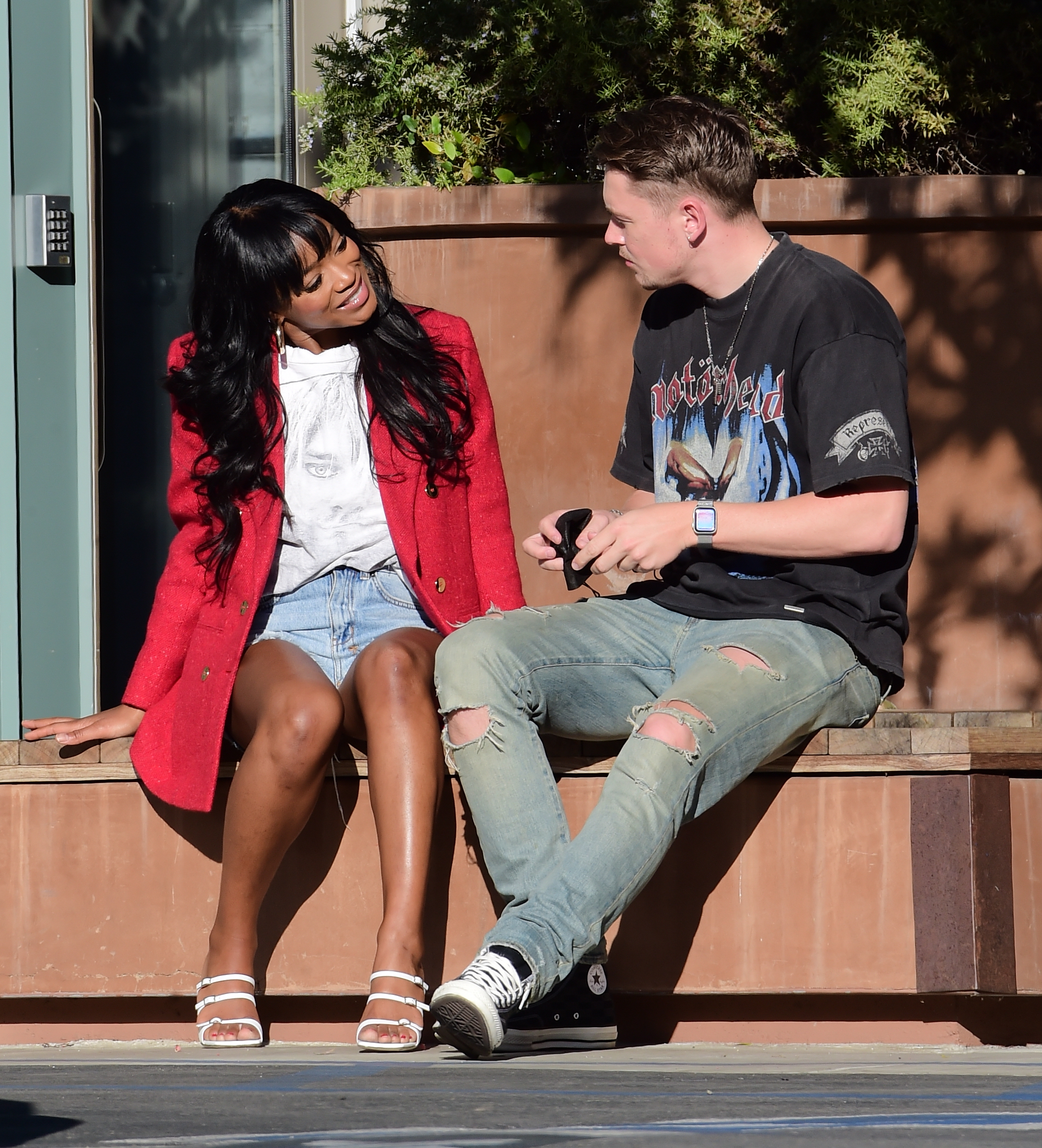 While sitting outside Blue Bottle, Palmer was photographed getting extra-close to her guy by putting her leg up on the Mae Seven musician’s lap. The duo were also snapped holding hands upon leaving the shop. 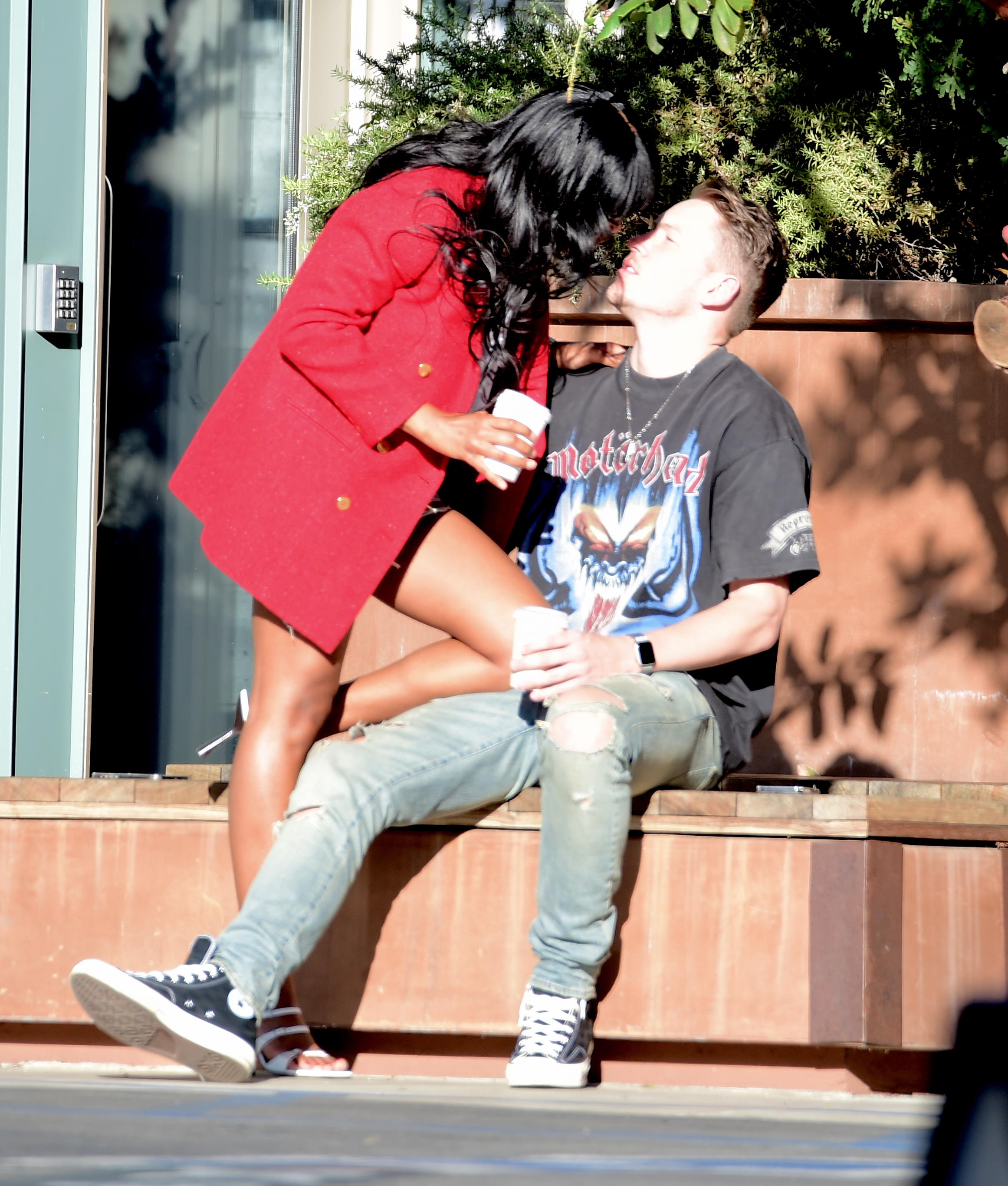 Styn was also seen lovingly touching Palmer’s cheek to help her adjust her face mask as she closed her eyes, looking at ease. He also touched her knee and brushed her hair as she laughed and flirted. 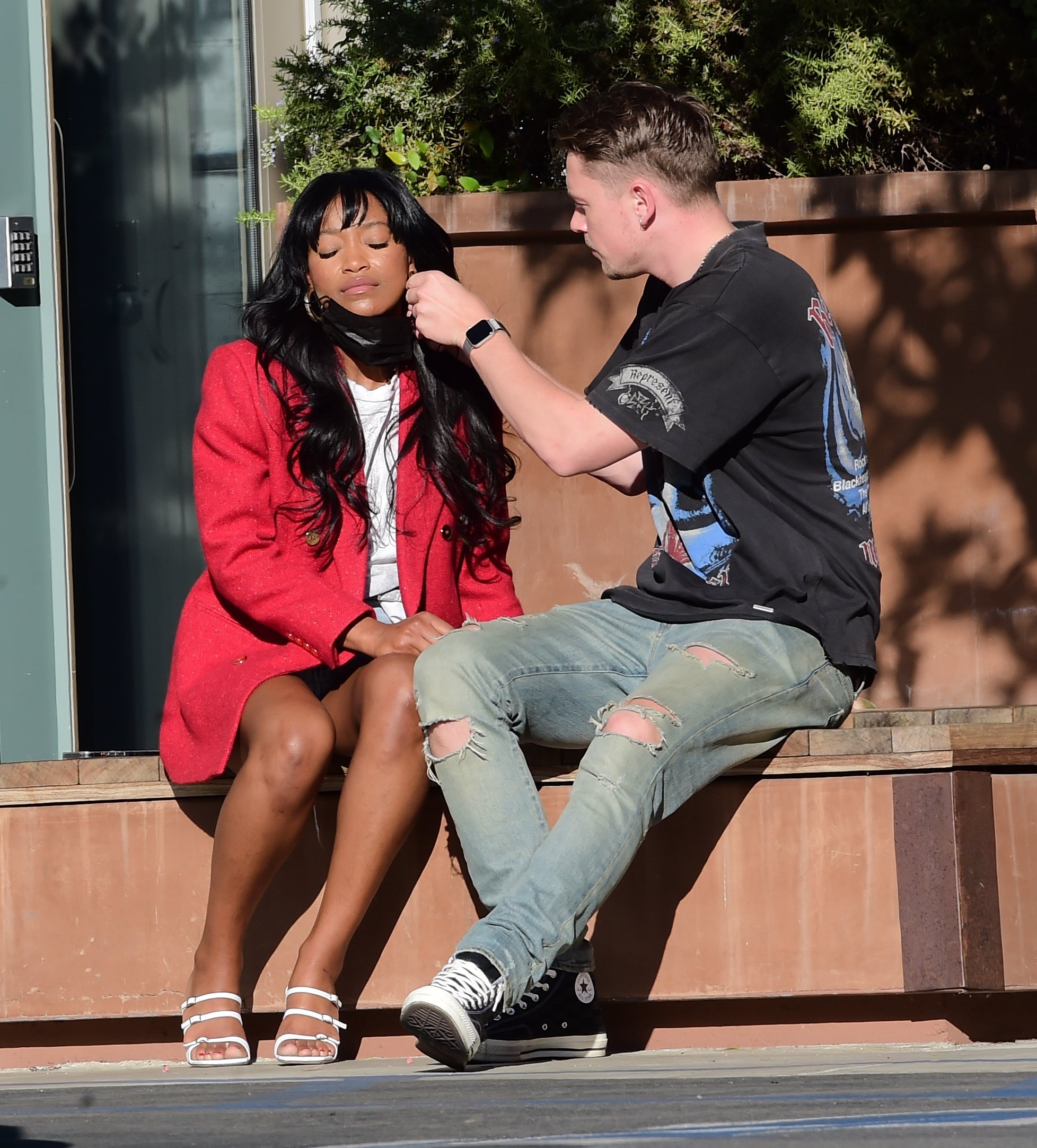 Unfortunately, we’re told Palmer was seen knocking over her coffee, but Styn came to the rescue and quickly saved the beverage from spilling everywhere. 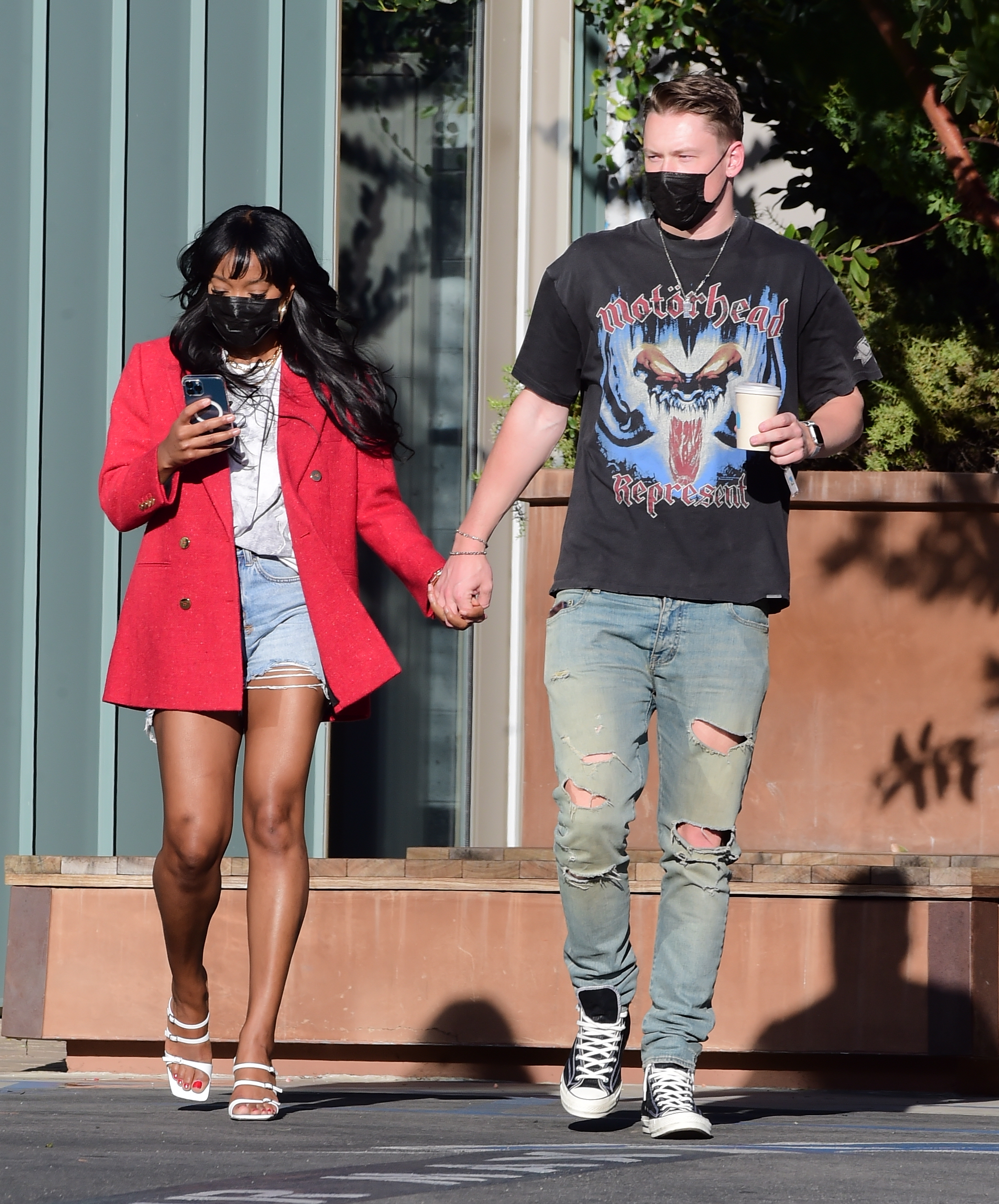 Late last year, Palmer exclusively confirmed to Page Six that she was seeing “someone special.” She added that they were spending the holidays together but expressed her intention to keep the mystery man under wraps.

“You know, it’s not a love life if I share with you because it’s public,” she told us during a phone interview, adding, “So at the end of the day, just know your girl Kekes is not lonely — ever!” 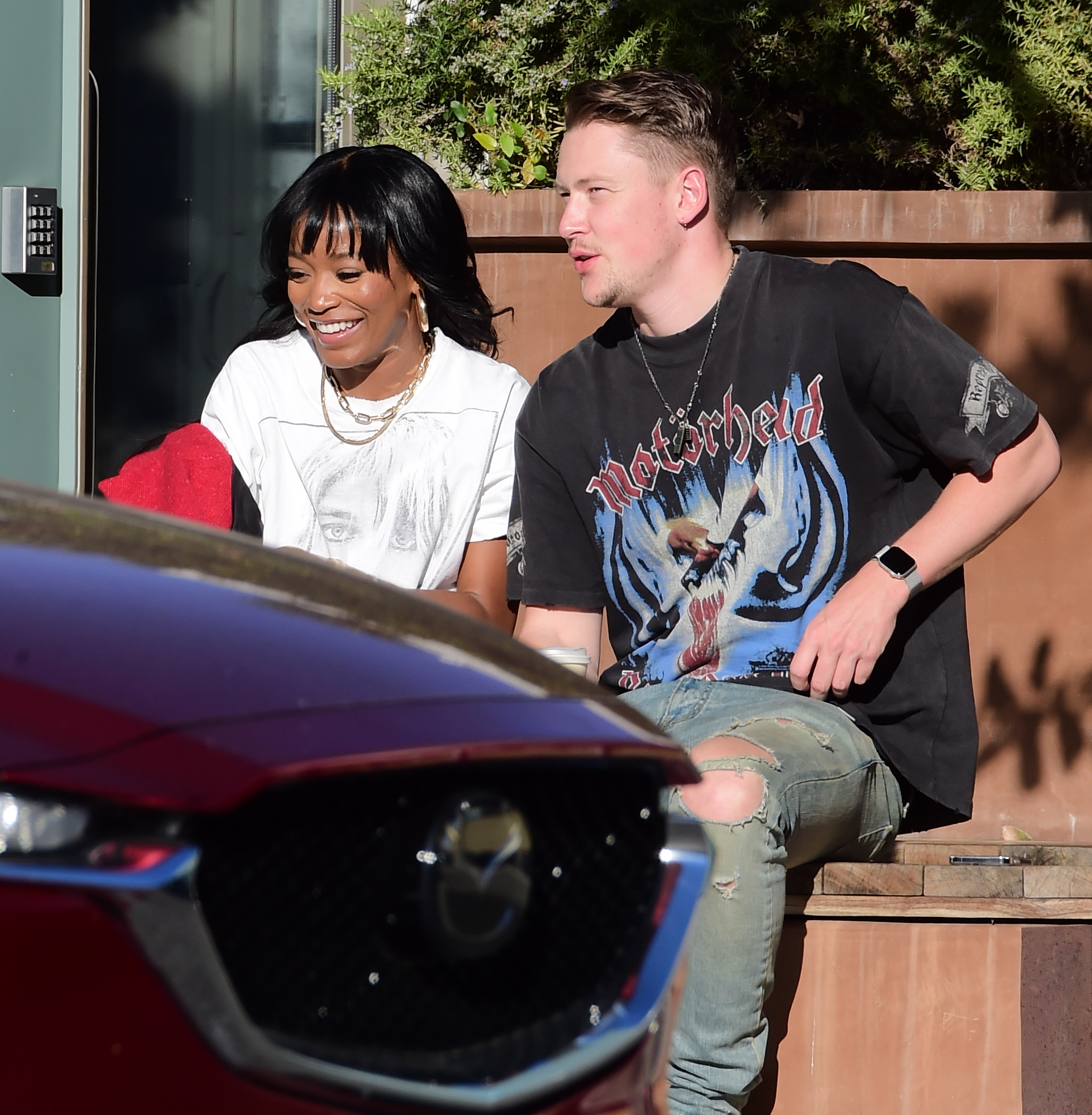 The “Hustlers” star tweeted a video kissing a a mystery man in October 2020 but wouldn’t confirm his identity. However, she has been rumored to be dating the Dutch musical artist since 2019, according to BET.

Styn has posted on Instagram with Palmer, and the two have also collaborated on music.

Reps for Palmer and Styn did not immediately respond to our request for comment.