Love is in the air! Katie Thurston can’t help but praise her new boyfriend, John Hersey, two months after calling off her engagement to fiancé Blake Moynes.

The former Bachelorette, 30, exclusively told Us Weekly at the People’s Choice Awards on Tuesday, December 7, that she’s “the happiest” she’s been in a long time — and it’s all thanks to her new love.

“We’re good, really,” she said of the status of her relationship with the 27-year-old bartender. “It’s very easy to just enjoy and live my life — and that’s kind of what we’re doing. We’re not holding back for anybody.” 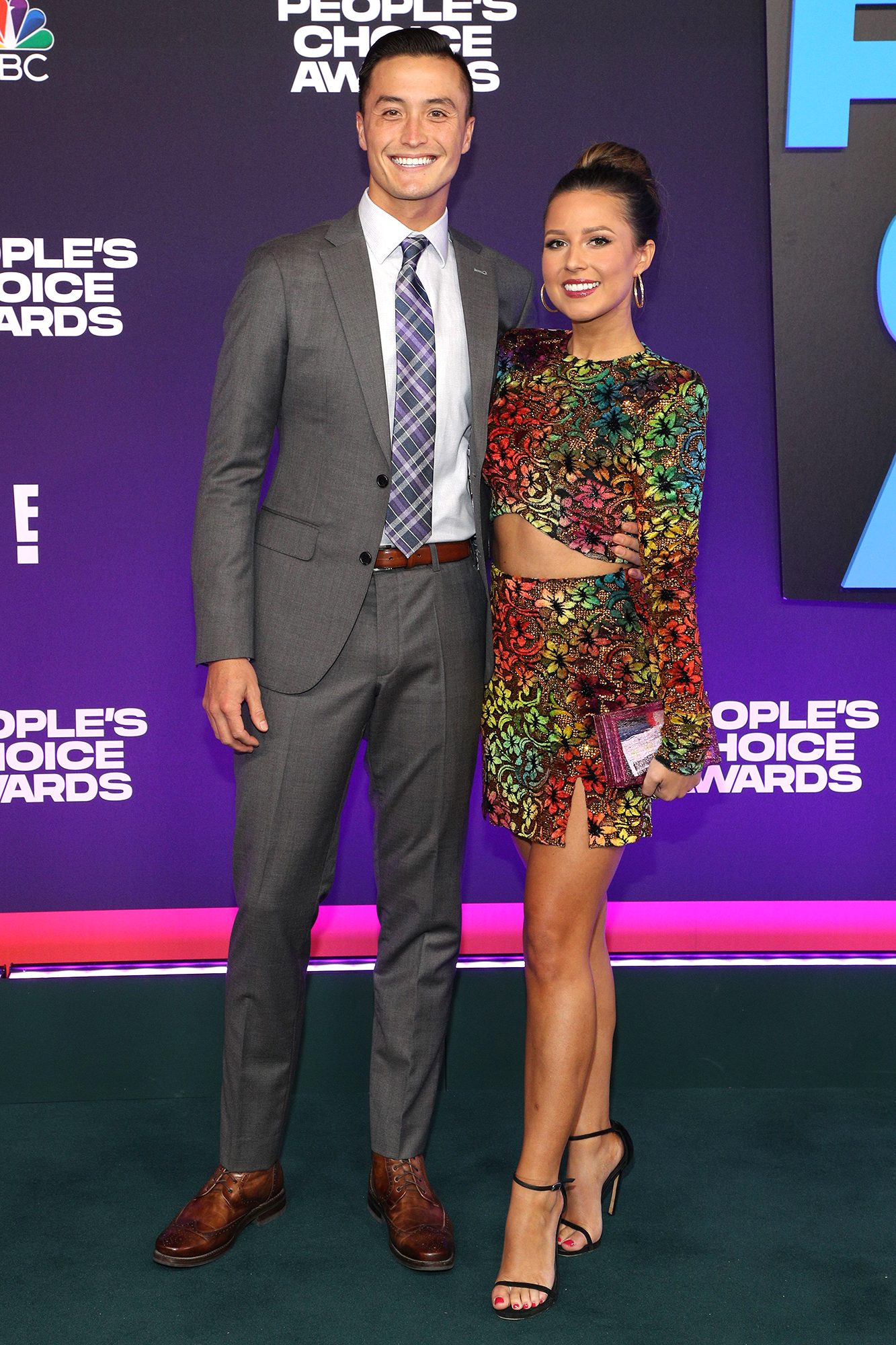 In fact, the Bachelor Nation couple told Us that they’re doing “fantastic” and are “extremely happy” together.

“We’re in the honeymoon phase right now,” she gushed. “He was my best friend before, so I think that’s what makes it, honestly, the best.”

Thurston met Hersey during season 17 of The Bachelorette, which started filming in March 2021. While she admitted that the California native was her “type” on night one, by week two, however, she sent him packing. (On Tuesday, Thurston joked via her Instagram Story that he was wearing the suit she “dumped [him] in.”)

In the end, she found love with Moynes, who originally competed on season 16 of The Bachelorette in 2020 and joined Thurston’s cast when there were 14 men remaining. Thurston and Moynes’ proposal aired on the August 2021 finale — but the two told Us at the time that they were in no rush to get married.

“The short version is we’re figuring it out. We don’t know. This is very new to us still,” Thurston said on October 23. “I’m just focusing on myself, he’s focusing on him, and if we work doing that, great.”

Bachelor Nation Couples Who Have Split in 2021

Two days later, Thurston and Moynes announced their split in a joint statement.

“It is with mutual love and respect that we have decided to go our separate ways,” they wrote via Instagram on October 25. “We are so grateful for the moments we shared together and the entire journey that has unfolded this year, but we ultimately have concluded that we are not compatible as life partners, and it is the most caring choice for both of us to move forward independently.”

Thurston confirmed that she was dating Hersey on November 23 when she ended her “12 Days of Messy” challenge by dedicating Taylor Swift’s “Begin Again” to her former Bachelorette suitor. One week later, she and Hersey made their red carpet debut at their mutual friend Stephen Lovegrove’s First Noelle Ball on December 2. 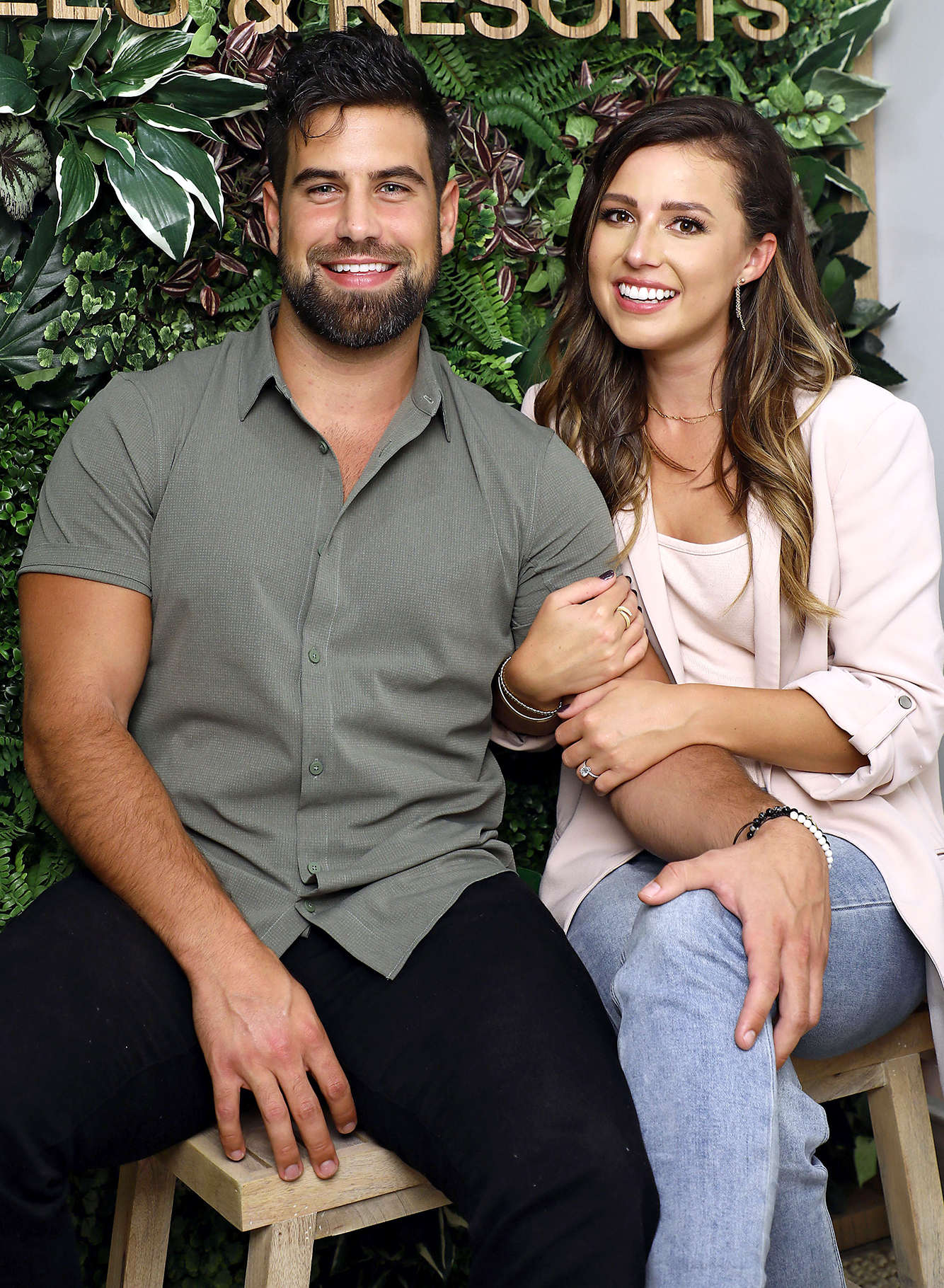 While some fans criticized the former bank marketing manager for moving on so quickly from her ex-fiancé Moynes, she told Us that she has no time for the haters. “People are always going to judge on what they see online,” the reality TV star said on Tuesday night. “The truth will speak for itself.”

Katie and Blake Spent Weeks Apart Before Split: Signs It Was Over

When asked whether she has spoken to Moynes since their split, Thurston said, “Yes, yes. I’ll leave it at that.”