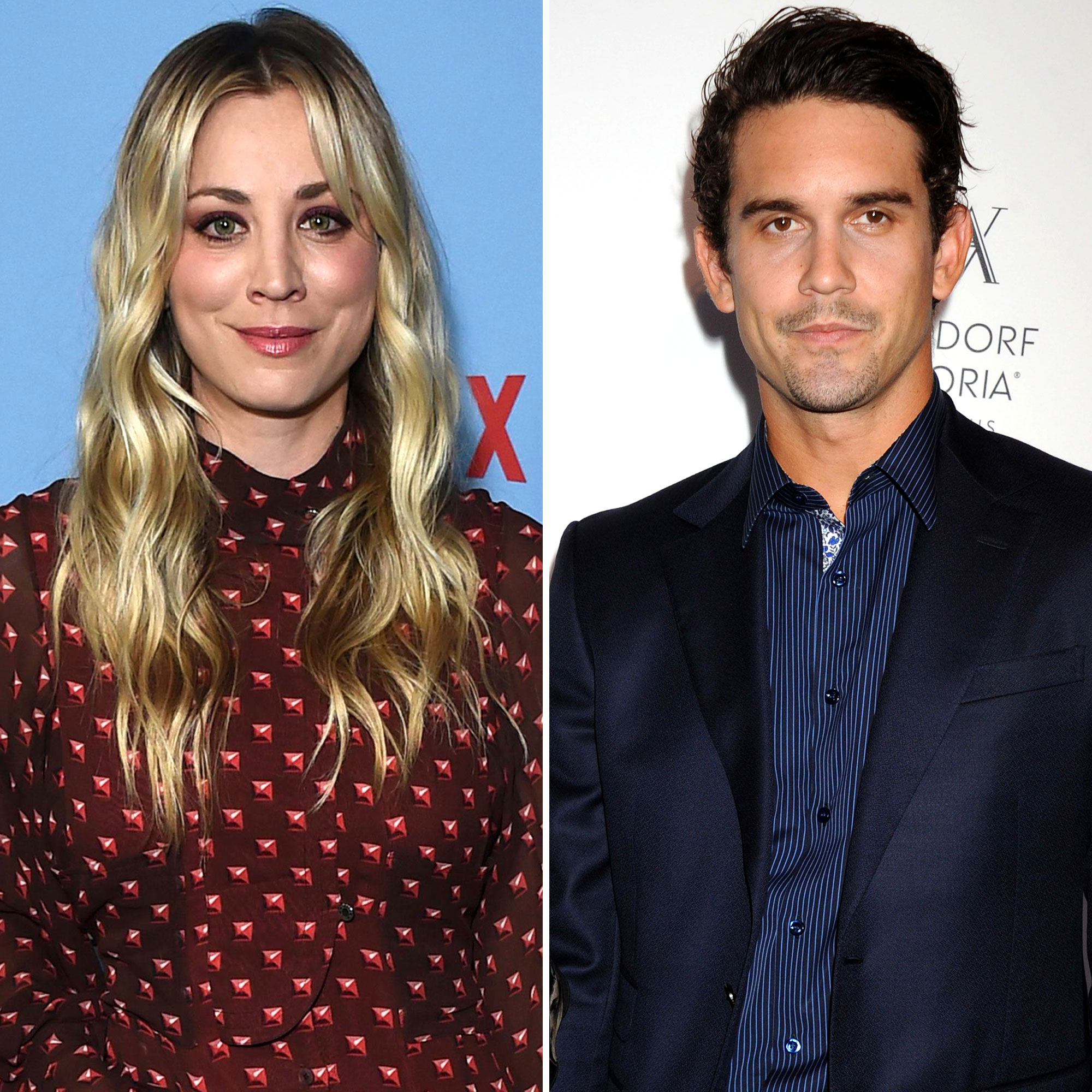 Friends till the end! Kaley Cuoco recalled the way her costars on The Big Bang Theory supported her during her divorce from first husband Ryan Sweeting.

The Flight Attendant star, 36, said that filming the CBS sitcom was “a really wonderful escape” as she dealt with the end of her marriage to Sweeting, 35, in 2015. “I was in a scene in the comic book store, wearing a purple sweater, and sitting on the couch between Jim [Parsons] and Johnny [Galecki], while Simon [Helberg] and Kunal [Nayyar] were singing this ridiculous song in their little band,” the 8 Simple Rules alum recalled in Jessica Wendloff‘s new book, The Big Bang Theory: The Definitive, Inside Story of the Epic Hit Series. “And I am hysterically laughing. Genuinely. And they used it.”

The scene was filmed for an episode called “The 2003 Approximation,” which aired in October 2015 as part of the comedy’s ninth season. As the actors were on set one month earlier, Cuoco realized that news of her divorce was about to break.

“Simon and Kunal had me laughing so hard that tears were coming down my face as they were performing this song, and I just got to sit there and watch them as Penny, but it was also me,” she recalled in the book. “And it just took me totally out of what was going on in my personal life. And everyone [in the cast] knew what was going on with me and they were very protective.”

The Meet Cute star filed for divorce from Sweeting in September 2015 after less than two years of marriage, citing irreconcilable differences. Cuoco and the former tennis player tied the knot in December 2013 after a whirlwind romance that began earlier that year.

After the duo finalized their split in 2016, the Harley Quinn voice actress moved on with Karl Cook. The California native and the equestrian, 31, tied the knot in June 2018 but called it quits three years later.

“Despite a deep love and respect for one another, we have realized that our current paths have taken us in opposite directions,” the pair told Us Weekly in a joint statement in September 2021. “We have both shared so much of our journey publicly so while we would prefer to keep this aspect of our personal life private, we wanted to be forthcoming in our truth together. There is no anger or animosity, quite the contrary.”

Earlier this year, Cuoco confirmed that she is dating Ozark‘s Tom Pelphrey. “Life lately,” she wrote via Instagram in May alongside several photos of a getaway with her beau, 40. “The sun breaks through the clouds, rays of gold slipping into my eyes and heart, rays of yellow to break the grey.”

The pair announced earlier this week that they are expecting their first child together. “💕Baby girl Pelphrey coming 2023💕 beyond blessed and over the moon… I 💓you @tommypelphrey !!!” Cuoco wrote via Instagram on Tuesday, October 11.