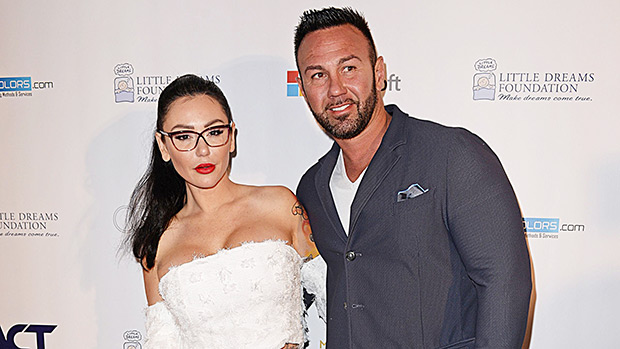 Jersey Shore’s Jenni ‘JWoww’ Farley and soon to be ex husband Roger Mathews got into what turned into a very public argument and now we’ve gotten the inside scoop.

Jenni “JWoww” Farley, 32, and soon to be ex-husband Roger Mathews, 43, are amazing parents who have always put their children first, however, we’ve been told by a source close to the situation what led to their very public fight on Dec. 13, and HollywoodLife can EXCLUSIVELY reveal just what went down behind the scenes. “Jenni and Roger got into an argument over Jenni working so much,” our source said. “They’re both amazing parents, but Roger feels Jenni works a lot. Jenni was supposed to have Meilani and had to work last minute and Roger got angry so they got into an argument over it.”

It ended up getting so heated between the former couple that the local police had to become involved, but who called the police first may surprise you. “Roger called the cops and the cops came and nothing happened so Roger then left the home to do a podcast,” the insider shared. “While Roger was out, Jenni then proceeded to get an order of protection against Roger. Roger then proceeded to come home. The cops were at the home and Roger could no longer be, so the cops gave him a ride in the back of their car to a friend’s home. Roger posted several of his social media videos from the back of the cop car. Roger found out about the restraining order upon returning home from the podcast and left immediately without any further issues,” according to the source. Neither Roger nor JWoww were placed under arrest.

But just how did this fight that occurred on Dec. 13 get so messy? We now know! “Roger has a way of pushing Jenni’s buttons,” the insider shared. “Roger calling the cops to begin with was just extreme and unnecessary.” At the end of the day, it’s clear from their social media pages that they are both amazing parents, though we now know why we hear so little from Jenni. “Jenni has taken the high road,” the insider shared, noting we won’t be hearing much more from her, either. “Jenni hasn’t discussed divorce on Jersey Shore. Jenni hasn’t shared many details or given interviews as she wants to keep this as private as possible. Her focus was always her kids. She has even passed up paid interviews to discuss her divorce because she never wants her kids to grow up seeing anything negative.”

We reached out to Roger for comment, but did not receive any statement from him. We think it’s amazing that these two are able to still put their kids first, despite how messy things have gotten! We wish them all nothing but the best.