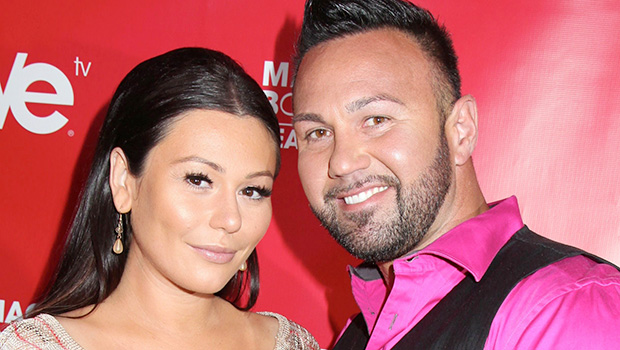 Thanksgiving is a time that brings people together – including exes! Jenni ‘JWoww’ Farley reunited with Roger Mathews, and we’ve EXCLUSIVELY learned why she invited her ex over for the holiday dinner.

You never really know who’ll show up for dinner, and in the case of Jenni “JWoww” Farley, 32, this year’s Thanksgiving dinner included a place at the table for her estranged husband, Roger Mathews, 43. Unlike a deadbeat cousin crashing on your couch or that uncle with those questionable political views, JWoww actually wanted Roger there. “Jenni felt it was extremely important to include Roger in the family’s Thanksgiving day plans,” a source EXCLUSIVELY tells HollywoodLife.com, “which is why she extended an invite to the dinner she hosted.”

“For Jenni, the most important thing right now is having her children’s father in their lives,” the insider tells HollywoodLife.com. “Everything she is doing is solely for the kids and nothing else. Just because she invites him to holidays and family functions, which she intends to continue doing, doesn’t mean she wants to stop the divorce or has changed her mind about anything.” JWoww and Roger have two children together – daughter Meilani, 4, and 2-year-old Greyson – and it’s clear that they’re more than willing to put their personal drama aside to help raise their kids. The couple was seen together on Nov. 14, as they took Meilani to go see Trolls the Experience. Fans better get used to seeing JWoww and Roger together, especially with the holidays coming up.

“She plans to include Roger in Christmas as well,” the source tells HollywoodLife.com, “and it’s never awkward or uncomfortable for her or her family. She continues to have her kids’ best interest at heart. Especially with everything going on with Grayson, she knows how essential it is to have Roger be a part of the holidays. Jenni is extremely hands on as a mom, especially when it comes to Grayson, and she knows Roger is there for anything she needs when it comes to the kids, too.

“Her children are her biggest focus right now,” the insider adds. No kidding. JWoww’s 2-year-old son was “recently diagnosed with autism,” she EXCLUSIVELY told HollywoodLife.com while discussing her skincare line, Naturally Woww. She said Greyson is “non-verbal,” but he has recently “made leaps and bounds when it comes to speech.” So, yeah – her drama with her estranged husband has taken a backseat while both Jenni and Roger focus on helping their kids live happy and healthy lives.