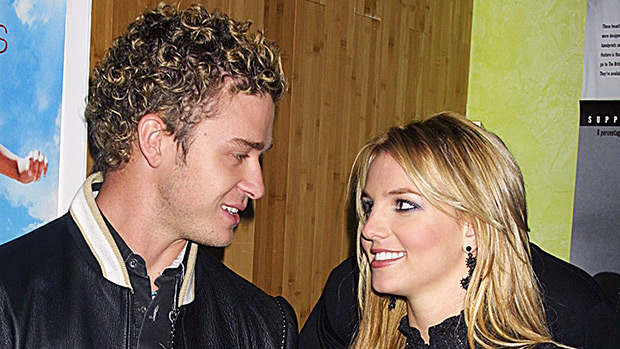 With Justin Timberlake’s revelation that he wrote ‘Cry Me A River’ just two hours after he and Britney Spears broke up, the ‘Toxic’ singer is being reminded of the pain and heartbreak.

It’s no secret Justin Timberlake‘s song “Cry Me A River” was about his nasty 2002 split with Britney Spears. The cutting lyrics and video with her look-alike made it seem like she was the one who did him totally wrong. Now that the 37-year-old singer has admitted that he wrote it two hours after their breakup in a heat of scorn, Brit is having to relive the pain of that time. “It is not news to Britney that Justin wrote ‘Cry Me A River’ about her, she has known that all along and years ago when it was all going down she was very hurt by it all,” a source close to the 36-year-old pop princess tells HollywoodLife.com EXCLUSIVELY.

“The whole thing was deeply painful for her. It really felt unfair to her as well because the song makes her look like the villain when the situation with Justin was way more complicated than that,” our insider continues. Justin writes in his new memoir Hindsight: & All the Things I Can’t See in Front of Me “I’ve been scorned. I’ve been pissed off. I wrote ‘Cry Me a River’ in two hours. I didn’t plan on writing it.”

“The feelings I had were so strong that I had to write it, and I translated my feelings into a form where people could listen and, hopefully, relate to it. People heard me and they understood it because we’ve all been there.” In his music video he made it clear how angry he was with Brit. He broke into her look-alike’s house as she left with another man, had raunchy sex on her bed with a hot brunette and filmed it. Then he waited for her to get home and when the blonde emerged from the shower his sex video was playing on her TV screen. So yeah, he was beyond bitter at the time.

Britney eventually responded the next year with the heartbreaking 2003 song “Everytime” where she sang about missing him and being haunted by Justin without actually saying his name. While it made for some major early aughts romance drama, so much time has passed and they’re both in different places. Brit has been happily dating hunky personal trainer Sam Asghari, 26, for almost two years while Justin is married to actress Jessica Biel, 36. “Britney is over any hard feelings now and has no issue with Justin stirring up the past because she’s in such a happy place. She is madly in love with Sam and very healthy and happy,” our insider adds.