Bent on becoming a veterinarian like his grandfather and uncles, Joseph H. Boardman never forgot the epiphany that instead led to his becoming a state and federal transportation official and overseer of the nation’s passenger railroads.

“My dad walked one day with me out of the barn and we looked at Route 69, which goes by our farm,” he told Railway Age magazine in 2013. “A Greyhound bus went by. There weren’t many people on it, and I thought, that’s kind of a waste of money.”

He later realized that his hometown, Rome, N.Y., had prospered only because “we had connectivity to the rest of the world” — a canal, a railroad, a bus system. And during college, when he worked as a bus driver to make ends meet, he said, “that really started me in transportation.”

Mr. Boardman, who eventually became the president and chief executive of Amtrak, presiding over increases in ridership and revenue, died on Thursday in Pasco County, Fla., where his family had a vacation home. He was 70.

His wife, Joanne, said the cause was a stroke.

Although his public agenda was mobility, Mr. Boardman had a track record for longevity. He was the second-longest-serving president of Amtrak, from 2008 to 2016. His years at Amtrak followed a record-breaking term, from 1997 to 2005, as New York State’s transportation commissioner.

“Putting butts in seats,” he once said, “has occupied most of my career.”

At Amtrak, Mr. Boardman ordered new cars and electric locomotives, introduced digital ticketing and prioritized safety and reliability, particularly for the 300 or so Amtrak stations that provide the only public transportation into their communities.

“Joe Boardman believed in his bones that all Americans should have the ability to choose to travel by train,” Jim Mathews, president of the Rail Passengers Association, said in a statement.

Joseph Houston Boardman was born on Dec. 23, 1948, in Taberg, N.Y., a hamlet in Oneida County. The second of eight children, he was raised on a dairy farm run by his parents, Alfred and Frances (Houston) Boardman. 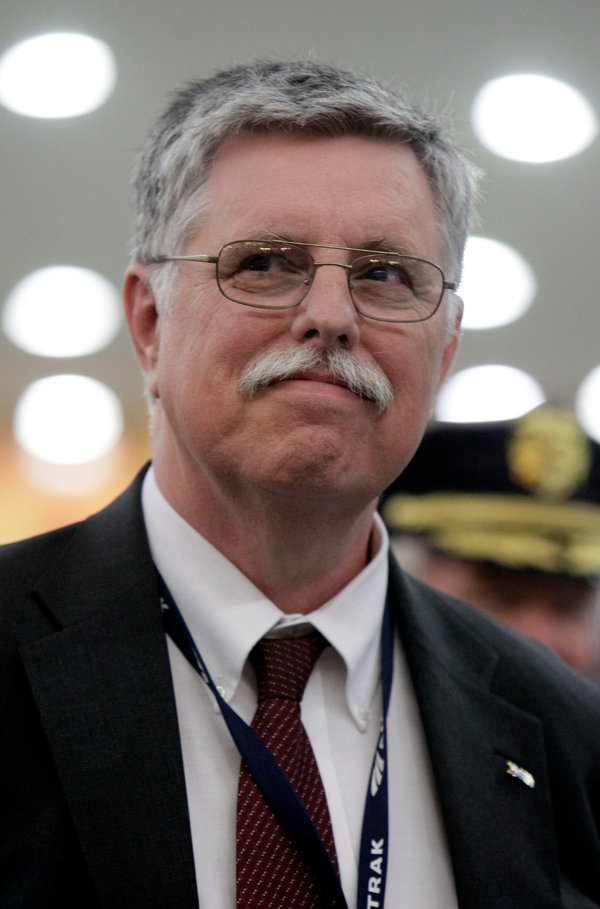 When he was 17, he enlisted in the Air Force (“I think it was in large part because I didn’t want to do the haying that summer on the farm,” he said) and served in Vietnam.

When he returned home, he applied to Cornell University with the expectation of becoming a veterinarian. He figured that if he did not get into Cornell, he would join the State Police.

He was admitted, but he later decided to switch majors. He earned a bachelor of science degree in agricultural economics from Cornell and a master’s in management science from the State University of New York at Binghamton.

In 1975 he married Joanne Rose Griffith. In addition to her, he is survived by their sons, Joseph Jr. and Philip; their daughter, Emily Beth Craft; four grandchildren; his brothers, James, David and William; and his sisters, Anne Hartman and Kathryn Duell.

After managing the Rome Transit System, he was named state transportation commissioner by Gov. George E. Pataki. In 2005, he was appointed administrator of the Federal Railroad Administration under President George W. Bush.

During Mr. Boardman’s tenure at Amtrak, ridership grew by more than a million passengers annually in 2010, 2011 and 2012. Trains were added and new cars were ordered to replace aging fleets. Mr. Boardman also championed high-speed intercity passenger service and fixing bottlenecks in New York, like the century-old tunnel under the Hudson River and the cramped Pennsylvania Station.

“Everybody wants to be in New York, the financial capital of the world,” he said. “If they’re going to stay there, this has got to get fixed.”

Mustachioed and plain-spoken, Mr. Boardman was “as imposing as a grizzly bear,” Allan Rutter, a former federal railroad administrator, said in a prepared statement, “but his spirit was Phil Harris in Disney’s ‘Jungle Book’: warm, winsome, cheerful.”

Like Baloo the bear, the character voiced by Mr. Harris in the animated adaptation of Rudyard Kipling’s “The Jungle Book,” Mr. Boardman was patient, a characteristic reflected in his management credo: “You are held accountable for the mistakes you make. There’s no question about it, but if you’re not forgiven for them, how are you going to improve for the future?”

After he turned 65 and was poised to retire, Mr. Boardman contemplated his own future connectivity.

“I’ve got two grandchildren now,” he said. “One is in North Carolina and one is in New York. I can get to both places on the railroad.”