The director of a film about Japan's Minamata disaster has criticised Australia for its failure to act on mercury poisoning in the environment, seven years after signing a convention in which it promised to do so.

Andrew Levitas directed Minamata, a new film starring Johnny Depp about a historic case in which a Japanese fishing village was poisoned by mass mercury contamination of the ocean. In an interview with this masthead, the 42-year-old American director said that Australia had fallen behind the rest of the world by failing to ratify the UN Minamata Convention to phase out the use of mercury, despite signing up to it in 2013. 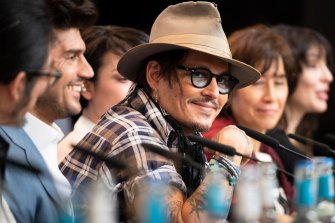 “The people of Australia must demand that their government protect and advocate for them, not for big business,” Levitas said after his film premiered to a packed house at the Berlin Film Festival at the weekend.

“This film is meant to remind us all that these pollutants are not necessary evils. It’s amazing that anyone is still using mercury.”

Australia has one of the highest exposures to mercury in the environment of any country. According to a federal environment department paper issued in December 2016, “an estimated 18 tonnes of mercury is emitted to the air or released to land or water every year. On a per capita basis, Australia’s mercury pollution is high, at approximately double the global average.”

As higher-than-average consumers of seafood and river fish, Australians are particularly at risk of mercury exposure through food. It is emitted as a bi-product of coal-powered electricity generation and is also used in fungicides sprayed on sugar cane. 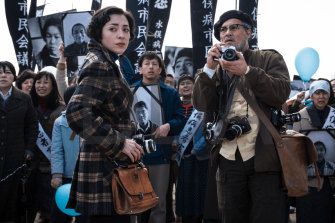 The risks of mercury are well-established. “Mercury can cause a range of adverse health impacts which include cognitive impairment (mild mental retardation), permanent damage to the central nervous system, kidney and heart disease, infertility, and respiratory, digestive and immune problems,” the 2016 report advised.

It poses a particular risk to fetal development, with the report noting that “in 2013 alone, approximately 732 Australian children were exposed to elevated levels of mercury in utero and are likely to have suffered IQ loss”.

Despite that, Australia is among only a handful of industrialised economies yet to ratify the convention, with successive governments failing even to table legislation to enact the convention in Parliament. 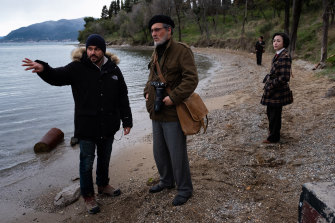 Levitas with Depp and Minami while filming on location.

Depp stars as Life magazine photographer Eugene Smith, who risked his life in 1971 to go to Minamata and photograph the victims of so-called “Minamata disease”.

Since 1908, the fishing town had been home to the Chisso chemical plant, which poured waste including methylmercury straight into Minamata Bay.

The disease – which caused a spate of birth defects in babies and painfully convulsive paralysis and death in adults – had been identified in 1956, but it took decades of increasingly violent protest, legal battles and the worldwide attention won by Smith’s photographs to force Chisso to make reparations to more than 10,000 people.

Even so, many sufferers are still seeking compensation and the filmmakers are hoping to revive interest in their plight.

“Any time we can harness the power of cinema to use it to open people’s eyes, I think we’re lucky to have the honour,” Depp said in Berlin.

Levitas is hopeful the film will also put pressure on Australia to finally act upon its commitments.

“Mercury is an absolute no-brainer,” he said. “It’s one of the few successes globally in that so many countries have ratified what Australia won’t. Saying and doing are two different things, I guess.”