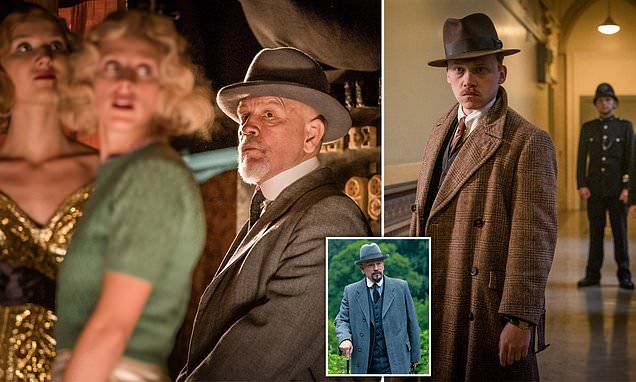 Poirot as you’ve never seen him before: He’s washed up and broke in three-part whodunnit The ABC Murders – which is why John Malkovich was so keen to play him

Prepare for a big shock this Christmas – we’re about to see Hercule Poirot as never before.

In The ABC Murders, the retelling of an Agatha Christie classic, the Belgian detective is washed up, short of money and no longer a celebrated sleuth.

His suits are out of date, and his magnificent waxed moustache has been replaced by a goatee beard that he dyes black to retain some semblance of youth.

‘When he visits Inspector Crome at Scotland Yard to discuss the ABC murders, the dye starts to run and Crome says, “You appear to be melting, Poirot,”’ says John Malkovich, the Hollywood star who plays him.

‘It’s a humiliating moment for him.’

The killings in BBC1’s three-parter – the first in Andover, the second in Bexhill, the third in Churston – give Poirot a chance to put his life back on track. 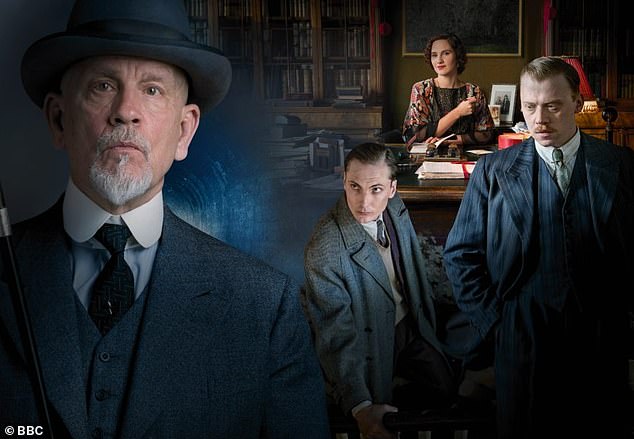 He has a personal connection to the case too: the killer has sent him letters, warning of his murderous intentions.

Initially, Crome takes little interest in what Poirot says, but the Belgian knows this is his first big case in years.

‘But he worries he won’t be clever enough, that he’s lost his immense powers of detection.’

John says it was his sympathy for the ageing Poirot that made him take the role.

‘I felt sorry for him when I read the script. He’s unhappy, nearing the end of his life and quite forgotten.

‘He’s lived in England for two decades so his accent is less Belgian.

‘The world has passed him by. As well as the plot and a lot of very good characters, the decline of the man was what interested me most.’

Poirot’s beard – which sets this version apart from the one played by David Suchet – became an experiment for the American actor, according to director Alex Gabassi.

‘I spent a weekend at John’s house in France, drinking the wonderful wine he produces,’ says Alex.

‘He’d been designing labels for his wine and he then set about designing Poirot’s beard.

‘He came up with eight or nine drawings, and what you see is an amalgam of those.’

There is a moustache in this drama, but it belongs to Harry Potter star Rupert Grint, who felt facial hair could help both his character Inspector Crome and him. 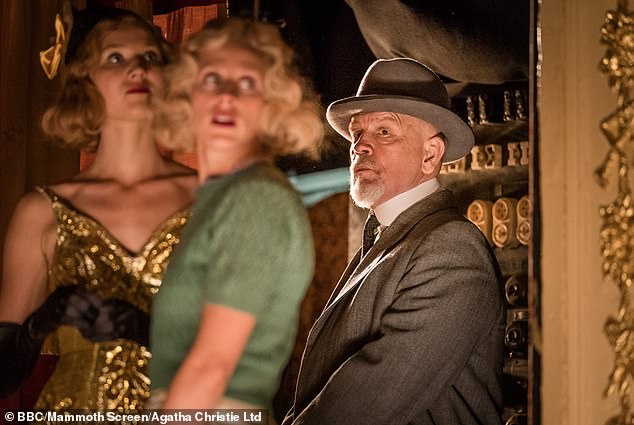 ‘Crome is insecure about his age, he isn’t sure if he was ready for the promotion to inspector,’ says Rupert, 30, who played Ron Weasley in the Potter films.

‘He puts on a kind of bravado to appear older, and he’s grown a moustache for the same reason.

‘I’ve never felt my age, but maybe I will if I keep playing police inspectors.’

Rupert was reminded of his involvement in the Potter films while shooting The ABC Murders.

‘There was this scene where I had to burst through the front door of Bradford City Hall, which doubles for Scotland Yard, and address a group of journalists wanting to ask Crome about the latest news on the murders.

‘But there were quite a few members of the public there to watch me film.

‘For someone who doesn’t much like the spotlight, it wasn’t the easiest!’

This is the fourth Christie adaptation from writer Sarah Phelps.

The previous three – And Then There Were None, The Witness For The Prosecution and Ordeal By Innocence – were all anchored in the courtroom or grand houses, but this has a wider span as the killer leaves a copy of the ABC railway guide at the crime scenes. 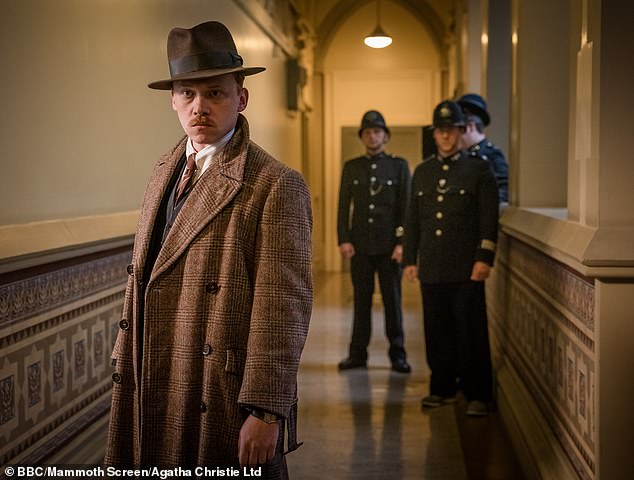 Rupert Grint, 30, plays inspector Crome (pictured as his character) and attracted some Potter fans during filming 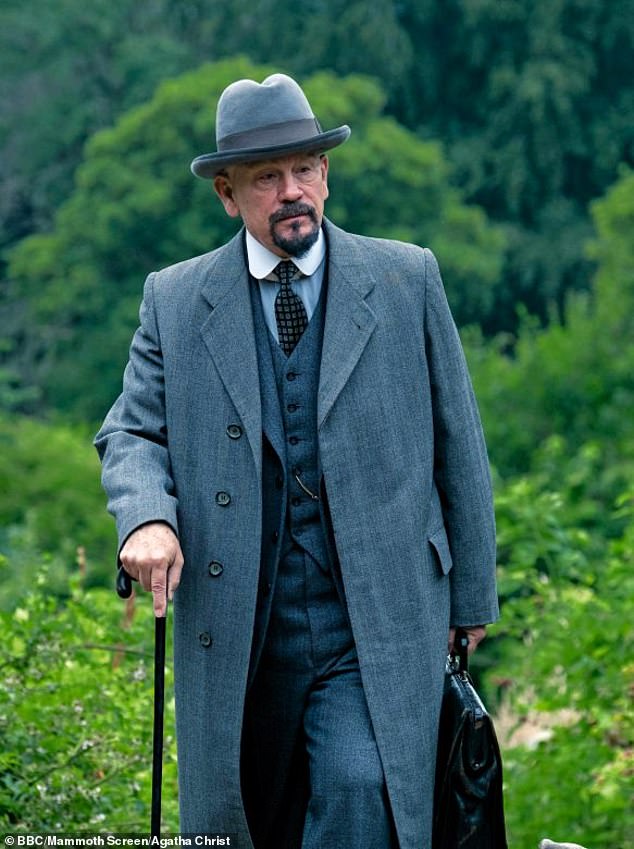 ‘We used 34 locations,’ says Alex Gabassi. ‘The killer gets around the country by train, and so did we.’

We see him trying to sell his wares to shopkeeper Alice Asher shortly before she becomes the first victim, and he’s rejected and humiliated by waitress Betty Barnard hours before her body is found in a hut on Bexhill beach.

We also see him tapping at a typewriter in the bedsit he rents from Rose Marbury (Shirley Henderson), perhaps firing off those letters to Poirot.

But if you think you know whodunnit, remember Sarah changed the murderer in Ordeal By Innocence, shown earlier this year.

‘I may get a bad reaction, but I’d rather people had opinions. I hope what people see touches them deeply.’