John Krasinski fights back tears during ‘Some Good News’ finale

John Krasinski and Pete Davidson kicked off a new year of “Saturday Night Live” with an unexpected smooch.

On Saturday, Krasinski made his “SNL” debut by hosting the first episode of 2021. During the opening monologue, the 41-year-old actor was flooded with questions about his time on NBC’s “The Office,” where he played Jim Halpert from 2005 to 2013.

“My question is, you’re Jim from ‘The Office,’” “SNL” star Alex Moffat said as part of the skit.

When Moffat asked the whereabouts of Pam Beasley — Halpet’s wife on the sitcom — Krasinski said, “Pam is a fictional character, and that is where she is.”

“Guys, here’s the deal, Pam’s not real. She’s played by Jenna Fischer, we are friends, and we are married to other people,” Krasinski stated, referencing his wife Emily Blunt and Fischer’s husband Lee Kirk. 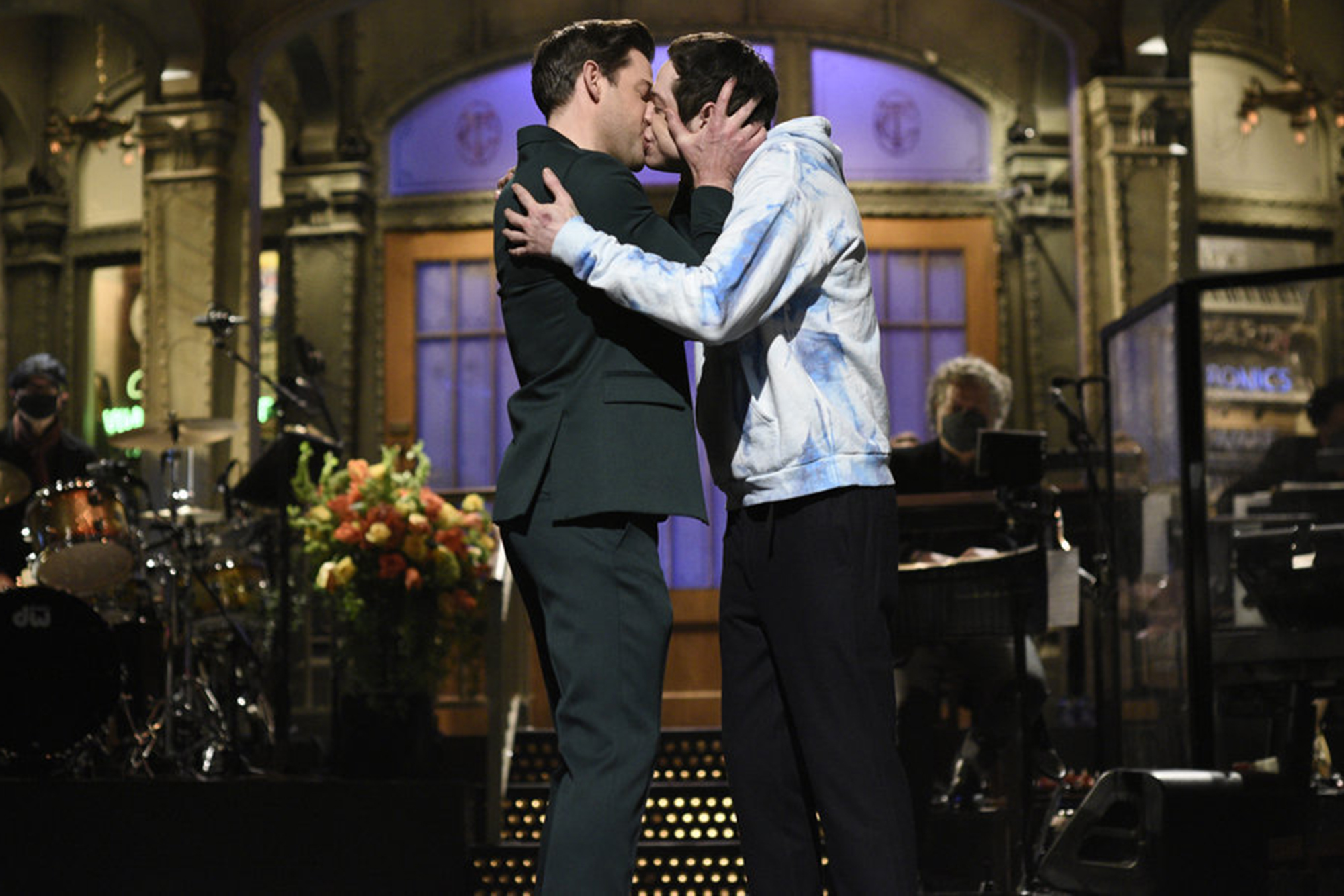 “I think what’s happening is everyone’s been stuck inside for a year watching ‘The Office’ non-stop so Jim and Pam are, like, really real for them,” Davidson opined.

When Thompson asked if Davidson was Pam, Davidson said he and Krasinski should oblige to the audience’s wishes.

“Jim, you’ve got to kiss Pam,” Davidson, 27, said before locking lips with Krasinski.