Joe Francis: I hooked up with Kourtney Kardashian while dating Kim Stewart

Joe Francis is accusing ex-girlfriend Abbey Wilson of kidnapping their two young daughters in Mexico, according to a new report.

The “Girls Gone Wild” founder, 48, told TMZ Wednesday that he was supposed to see his 7-year-old twins, Athena and Alexandria, on Christmas, but the girls and their mother have “fallen off the grid.”

According to court documents obtained by the outlet, Wilson, 33, is also accused of family violence and authorities have tried to serve her with papers, but she allegedly hasn’t been living at her listed residence for at least six months.

Anonymous sources also claimed to TMZ that Wilson is being charged with kidnapping.

However, Page Six was unable to independently confirm the contents of the lawsuit or the alleged charges.

Wilson’s attorney Ronald Richards told Page Six in a lengthy statement Wednesday that his client was “not missing.”

“The Mexican court has her address,” the attorney insisted before alleging that Francis has been “physically and verbally abusive” to Wilson for many years.

“She categorically denies she has been charged with kidnapping,” Richards added. “She has full temporary custody of her children. He only has limited supervised visitation. She has retained counsel and any court papers, like in the US, are served on counsel of record. There is no amber alert or any other bulletin looking for her.”

The Los Angeles-based lawyer, known for his involvement in Tom Girardi’s bankruptcy case, said Francis has not provided his kids with financial support in “any way, school, education, medical bills, food, etc.”

Richards also claims the businessman “brutally attacked and beat Abbey up” — allegations which Wilson has made herself in court documents and Francis has publicly denied.

“He is angry and trying to make her look bad because he is angry he went to jail last year,” the attorney added. “That is it. He is a violent human being and his track record proves that. He has a history of submitting false stories about our client. He should surrender to the Los Angeles County Sheriff’s Department fugitive detail who has been looking to execute those outstanding bench warrants for over five years.”

Francis met Wilson when she won Girls Gone Wild’s “Search for the Hottest Girl in America” contest in 2012. They were never married.

Their nearly 12-year relationship ended in 2020 amid the COVID-19 pandemic, with Wilson alleging in July that Francis did drugs and was abusive throughout all of it.

TMZ reported Wednesday that Francis also said in the docs that his kids have not been located for 10 days, but Wilson posted a cheerful photo of one of their girls leaping happily on a beach just two days ago.

“Merry Christmas,” the model captioned the pic, which was snapped at sunset.

A confused follower wrote in the comments, “Hmm warrants, amber alert, yet posting on Instagram …… nobody else hear the news ? JOE FRANCIS MY DAUGHTERS ARE MISSING … Mom Charged In Mexico.” 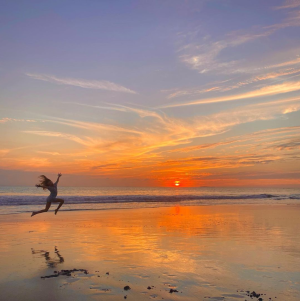 In recent months, the single mom has been open about her struggles trying to co-parent with Francis via social media. Her claims align with the allegations Richards made in his statement to us.

In November, she claimed that she and her daughters are essentially trapped in Mexico.

Athena and Alexandria were born back in 2014 near Puerto Vallarta since their father has a famous oceanside estate in Puerto Mita, Mexico.

Now, Wilson claims the girls are “not allowed to travel outside of Mexico or live in the United States,” but did not provide a reason.

“We live in fear on a daily basis. My ex has not provided financial support in over a year, he does not help with their education, their medical bills, housing, food, or ANYTHING,” Wilson alleged in a lengthy Instagram post. “He stole our home, ALL of our clothes and personal belongings, he stole our car from my parking garage, and has made it clear I am not safe in Mexico.”

“I have faith that the Mexican government, judges, and various hard working people overseeing our case will do the right thing 🙏🏻🙏🏻🙏🏻,” she continued. “No one should ever have to go through this. I will be going public with my story soon and sharing (what I am legally allowed to share) to protect myself and my children.”

A few days later, Wilson leaked text messages allegedly sent between her and Francis, in which the film producer accused her of kidnapping their daughters “a year ago,” but allegedly said, “I don’t care anymore. I’m going to have kids with another girl.”

“You’re on your own now Abbey,” Francis allegedly added. “Deal with it.” 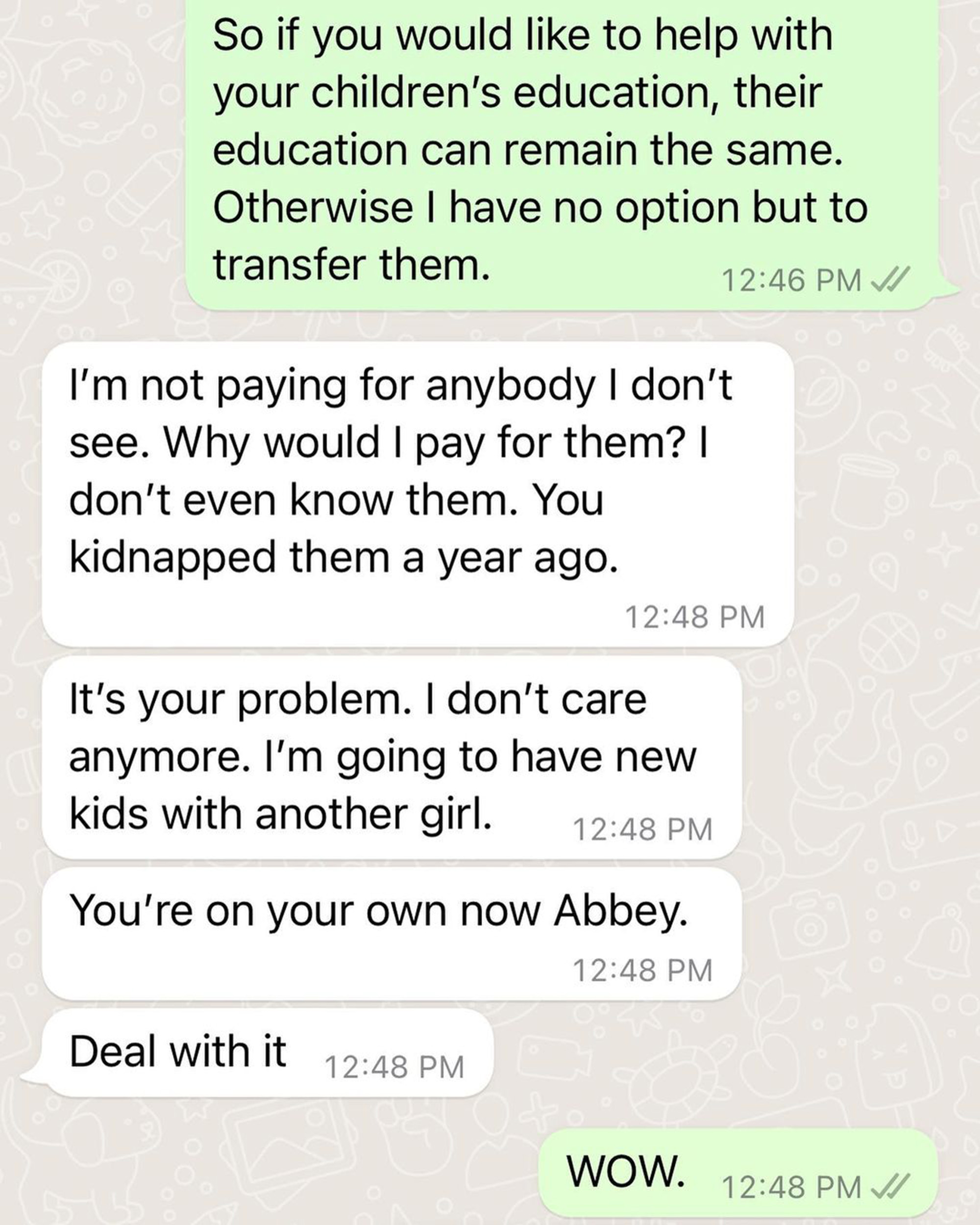 Francis allegedly said he would not financially support his daughters in leaked texts. 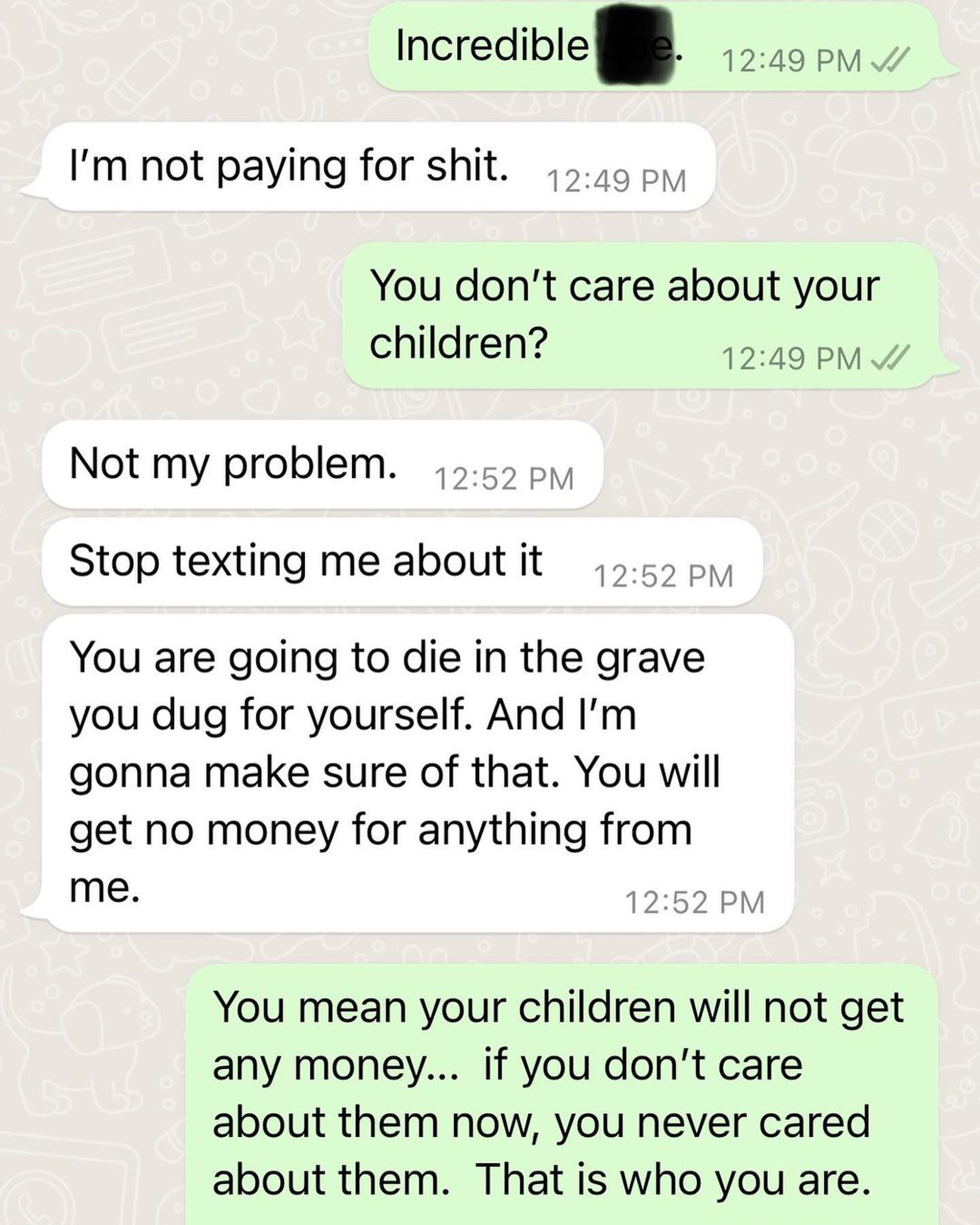 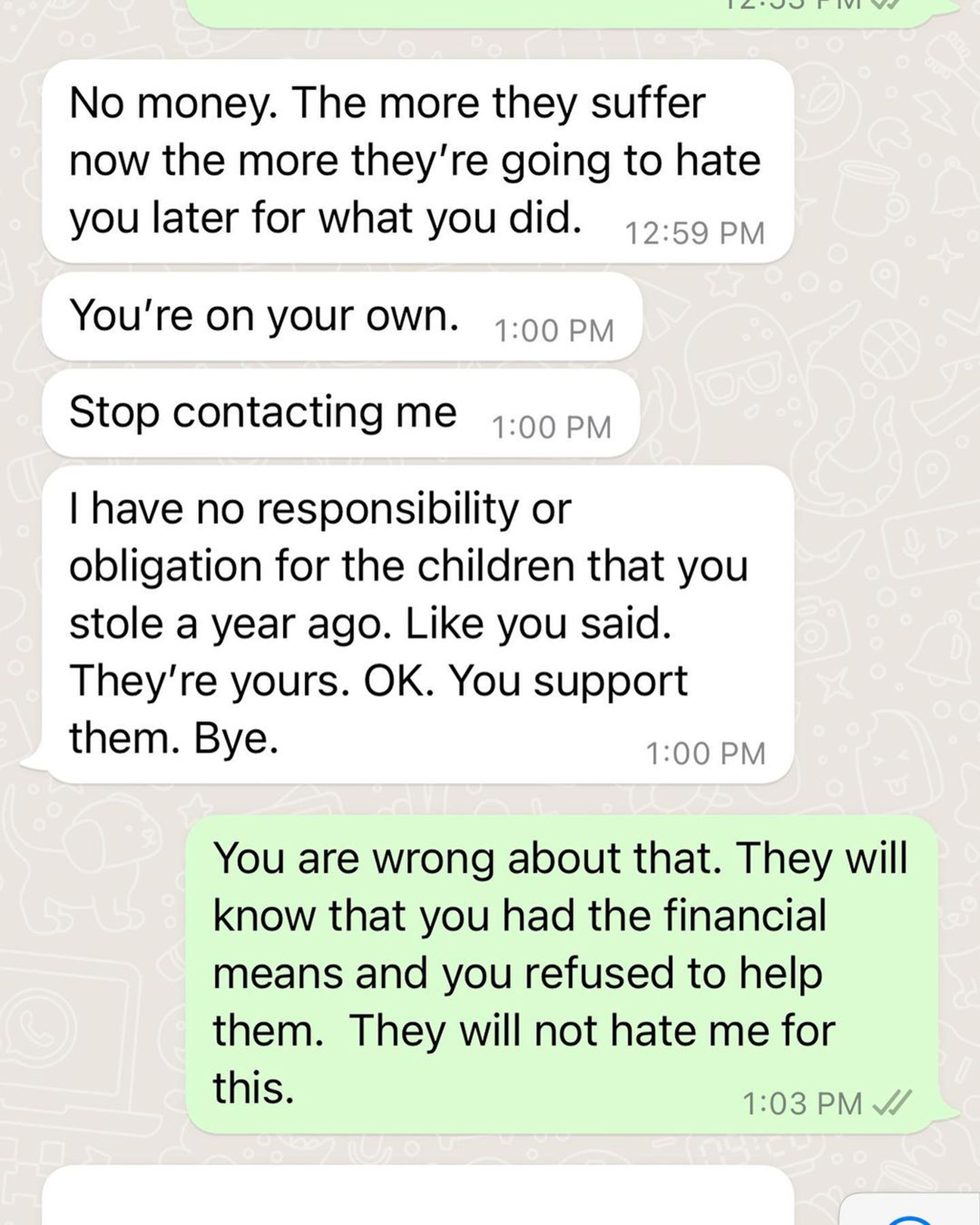