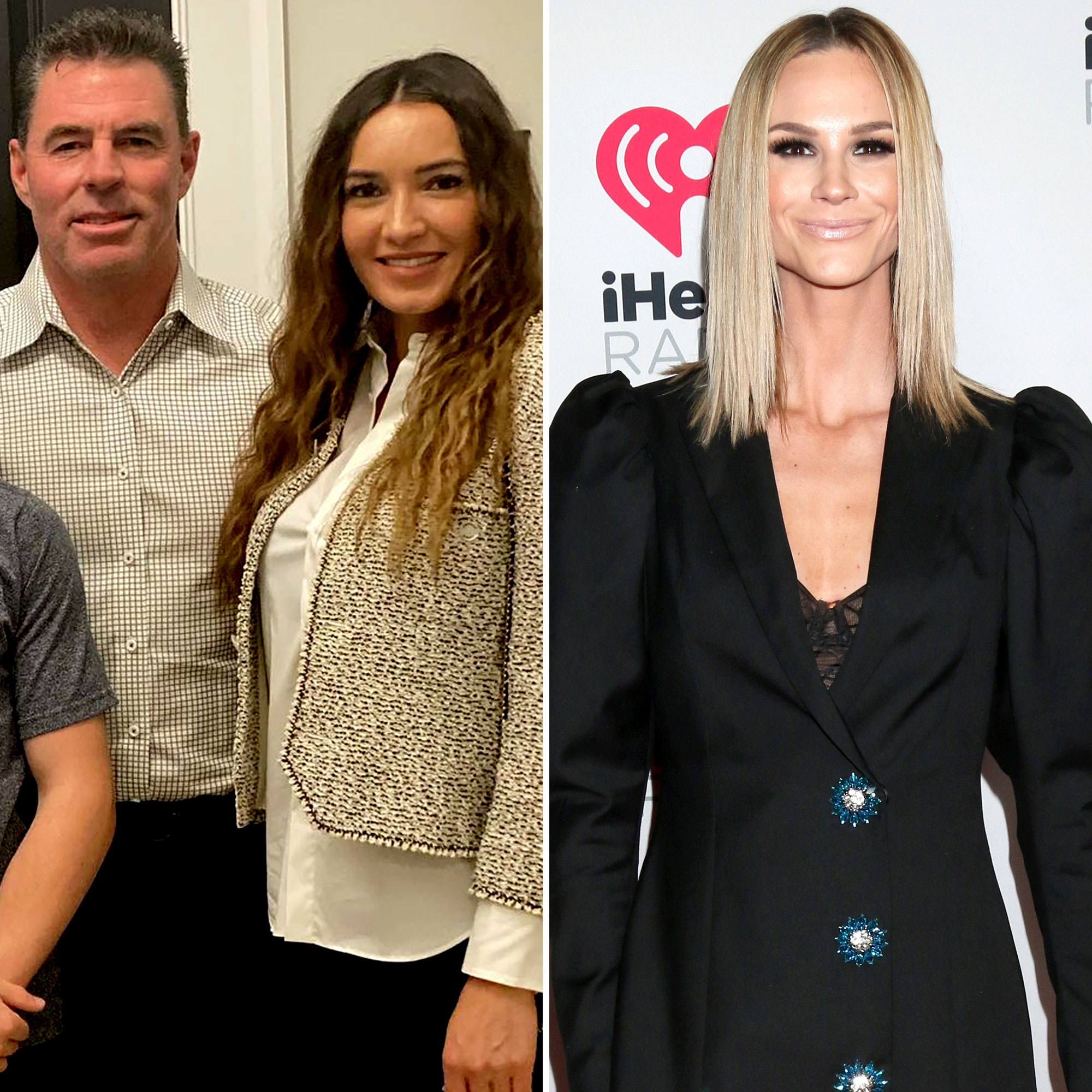 How she really feels! Jim Edmonds‘ fiancée, Kortnie O’Connor, didn’t hold back when asked about his ex-wife Meghan King.

Meghan King and Jim Edmonds’ Ups and Downs Over the Years

The 51-year-old former MLB player and his 39-year-old bride-to-be spoke with the Daily Mail about their upcoming nuptials and weighed in on the 37-year-old Real Housewives of Orange County alum’s surprise wedding to Cuffe Owens, which took place earlier this month.

Edmonds, for his part, claimed he had “no emotion” whatsoever after learning of his former spouse’s whirlwind romance. “It’s like a stranger getting married. I have no connection to her,” he added.

King and the retired athlete split in October 2019 after five years of marriage amid rumors of Edmonds’ infidelity, which he repeatedly denied. The former couple share daughter Aspen, 4, and twin sons Hayes and Hart, 3.

Us Weekly confirmed in May that the “Intimate Knowledge” podcast cohost finalized her divorce from Edmonds. At the time, King called the end of her marriage “an energetic closure” of that chapter in her life.

“I’ve been learning how to be independent ever since we separated, ever since the divorce was filed. … It feels good to put that behind me and just look to the future,” the Bravo personality told Us exclusively. “I want to spend my life with a partner. I’m a loyal, monogamous individual. I’ve been having a lot of fun dating, but I’m really hoping to settle down and find that partner.”

The Messiest Bravo Breakups of All Time: Erika and Tom, More

Two months later, Edmonds proposed to O’Connor, who used to be friends with King. The pair made their relationship Instagram official in April 2020 during the coronavirus pandemic.

“Meghan did not hear about their engagement until weeks after it happened,” a source revealed in August, noting that the Missouri native “has very little communication” with her ex-husband.

Since splitting from the former St. Louis Cardinals player, King briefly dated Christian Schauf and Will Roos. She took her relationship with Owens, 42, public just weeks before they tied the knot in October.

“[We] texted for a day or two, then spent five straight hours on the phone the first time we spoke,” the reality TV alum told Brides magazine of Joe Biden‘s nephew, who she met on a dating app. “By the time that call ended, Cuffe was booked and packed for a flight to St. Louis that took off in about eight hours. Within a week, we were back on the East Coast, meeting his family, and starting to plan our future together. We didn’t leave each other’s side for weeks.”

The timing of the ceremony shocked Edmonds, who told the Daily Mail that he spoke with King before the big day.

“She called me to tell me she was getting married. It was the first I heard anything about it. I thought it was a joke — they’d been dating for about four weeks!” he said. “I wondered, ‘Is she pregnant?’ But is it even possible to know that just four weeks after the first date?”