Jerry Frankel, who parlayed his success as a dress manufacturer in Dallas into a second act as a prolific producer of Broadway shows, nine of which earned him Tony Awards, died on Sunday in Manhattan. He was 88.

His family said the cause was bladder cancer. He lived in Dallas and Carlsbad, Calif.

Mr. Frankel’s “main attribute was passion,” Frank Wildhorn, the composer of “Jekyll & Hyde,” the 1997 show that was Mr. Frankel’s first as a Broadway producer, said in a telephone interview on Monday. “I’d play my songs for him and he’d say, ‘I believe in this, I want to do this with you,’ and he’d write a check.”

In all, Mr. Frankel produced 53 Broadway plays and musicals in collaboration with various partners, most often Jeffrey Richards.

“Jerry had an acute perception about the business elements of a production,” Mr. Richards said in a telephone interview. “He was very objective and very analytical about scripts. Sometimes he reined in my passions. We could complete each other’s sentences, and we had an instinctive kind of mutual understanding about people and talent.”

Their first production together was a Broadway revival in 2000 of “Gore Vidal’s ‘The Best Man’ ,” a satire of presidential politics that was more simply titled “The Best Man” when it first opened in 1960.

“We spoke over the phone and Jerry immediately wanted to put up 25 percent of the capital,” Mr. Richards said. “And one day after the opening we handed out fliers at the TKTS booth. It was understood after ‘Best Man’ that we would be partners.”

Over the next 14 years, Mr. Frankel won Tonys — along with other producers whose names, like his, were listed above the shows’ titles — for best musical (“Spring Awakening”); best play (“August: Osage County” and “All the Way”); musical revival (“Hair,” “La Cage Aux Folles” and “The Gershwins’ Porgy and Bess”); and revivals of “Death of a Salesman,” “Glengarry Glen Ross” and “Who’s Afraid of Virginia Woolf?”

His other productions included the 2016 revival of “Fiddler on the Roof” and, in 2015, “Wolf Hall Parts One & Two” and “Something Rotten!”

His last show was “Come From Away,” a musical about the dozens of planes diverted to Newfoundland after the terrorist attacks of Sept. 11, 2001. It won a Drama Desk Award for outstanding musical in 2017. 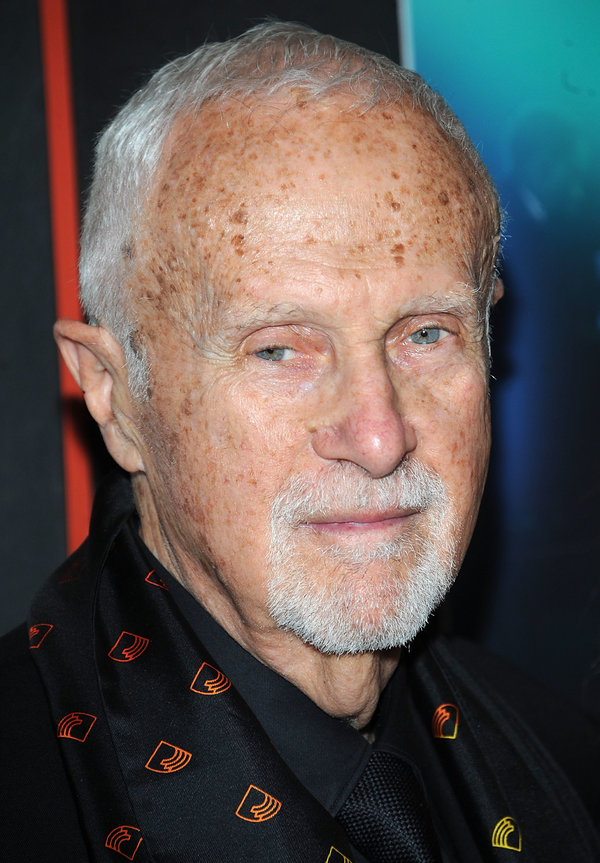 “He had seen it at the La Jolla Playhouse, called me up and said, `I found the next show,’ ” his daughter Jessica Genick said by telephone. She added: “He loved to gamble, and Broadway is gambling with costumes. It excited him, but he also had a great passion for the art form.”

His love of risk-taking also led him into horse racing. One of his horses, Joey Franco, was named California-bred horse of the year in 2004; another, Dayatthespa, who had 11 wins in 18 races and $2.3 million in track earnings, was voted New York-bred horse of the year 10 years later. Esops Foibles, still another of Mr. Frankel’s horses, ran fifth in the 1978 Kentucky Derby, which was won by Affirmed.

“There are ups and downs in both,” Mr. Frankel told The Wall Street Journal in 2015, referring to theater and thoroughbreds. “You can’t get away from it.”

He crossed those passions by naming horses for shows he produced, as well as actors and songs. Linda Eder, the female lead of “Jekyll & Hyde,” was the namesake for Linda Eder, the horse. Audra was named for Audra McDonald, the star of “Lady Day at Emerson’s Bar & Grill” and “Porgy and Bess.” Mr. Frankel christened one horse Osage County and another This Is the Moment, for a song from “Jekyll & Hyde.”

Gerald Frankel was born on Aug. 1, 1930, in Far Rockaway, Queens. His father, Abraham, was a dress manufacturer, and his mother, Anne (Dickman) Frankel, was a homemaker. He graduated from the University of Illinois with a bachelor’s degree in journalism but went into business with his father before moving to Dallas to start his own business, Jerell, in the 1960s.

The theater always intrigued him; each Thanksgiving, he brought his family to New York City for a weekend of Broadway shows.

He dabbled in film producing in those days: He invested in “Slap Shot” (1977), a hockey film starring Paul Newman; was the executive producer of “Fast Break” (1979), a basketball comedy starring Gabe Kaplan; and helped produce “Cheaper to Keep Her” (1981), which starred the country singer Mac Davis.

Selling his dress company gave him enough wealth to plunge into Broadway production.

In addition to his daughters, Mr. Frankel is survived by his partner, Mary Casey; his son, Gordon Frankel Light; six grandchildren; and his brother, Ronald, his frequent thoroughbred partner. His marriage to Sandra Light ended in divorce. His second wife, Honu Stern, died in 2008.

Mr. Wildhorn recalled that before the opening of his musical “Bonnie and Clyde” (2011), Mr. Frankel sometimes booked extra rehearsal time.

“He wanted to sing songs from ‘Jekyll & Hyde’ while I played the piano,” he said. “He loved to sing, and he had so much joy doing it. As a composer you always want your producer to sing your songs.”