Ben Affleck is getting online backlash for a recent freewheeling interview he did with Howard Stern — but a source tells Page Six that Jennifer Lopez is also upset.

While discussing his divorce from Jennifer Garner during an interview on “The Howard Stern Show” on Tuesday, Affleck seemed to pin his struggles with sobriety on his ex.

“Part of why I started drinking was because I was trapped,” the star said. “I was like, ‘I can’t leave because of my kids, but I’m not happy, what do I do?’ And what I did was drank a bottle of Scotch and fell asleep on the couch, which turned out not to be the solution.”

Sources also tell us that Lopez isn’t happy with the chat.

“[Lopez] is pissed,” said our source. “She is getting pulled into this because she is dating him. She doesn’t want to be dragged into this.”

The source added, “She has met Jennifer Garner. She is trying to get to know her and Ben’s kids.” The source said of Affleck, “It’s reckless and cavalier of him.”

But, another told us, “This is simply not true and the focus is on the children.”

Garner, Affleck and Lopez all went trick-or-treating together this past Halloween with their respective children.

Lopez’s kids and Affleck’s kids have also all spent time together: They reportedly went to Disney’s Magic Castle and saw “Hamilton” in Los Angeles in August. They all also participated in a food drive in November.

Affleck also said of Garner during the recent interview, “We had a marriage that didn’t work, this happens, with somebody that I love and respect, but to whom I shouldn’t be married any longer.” And, “I knew she was a good mom.” 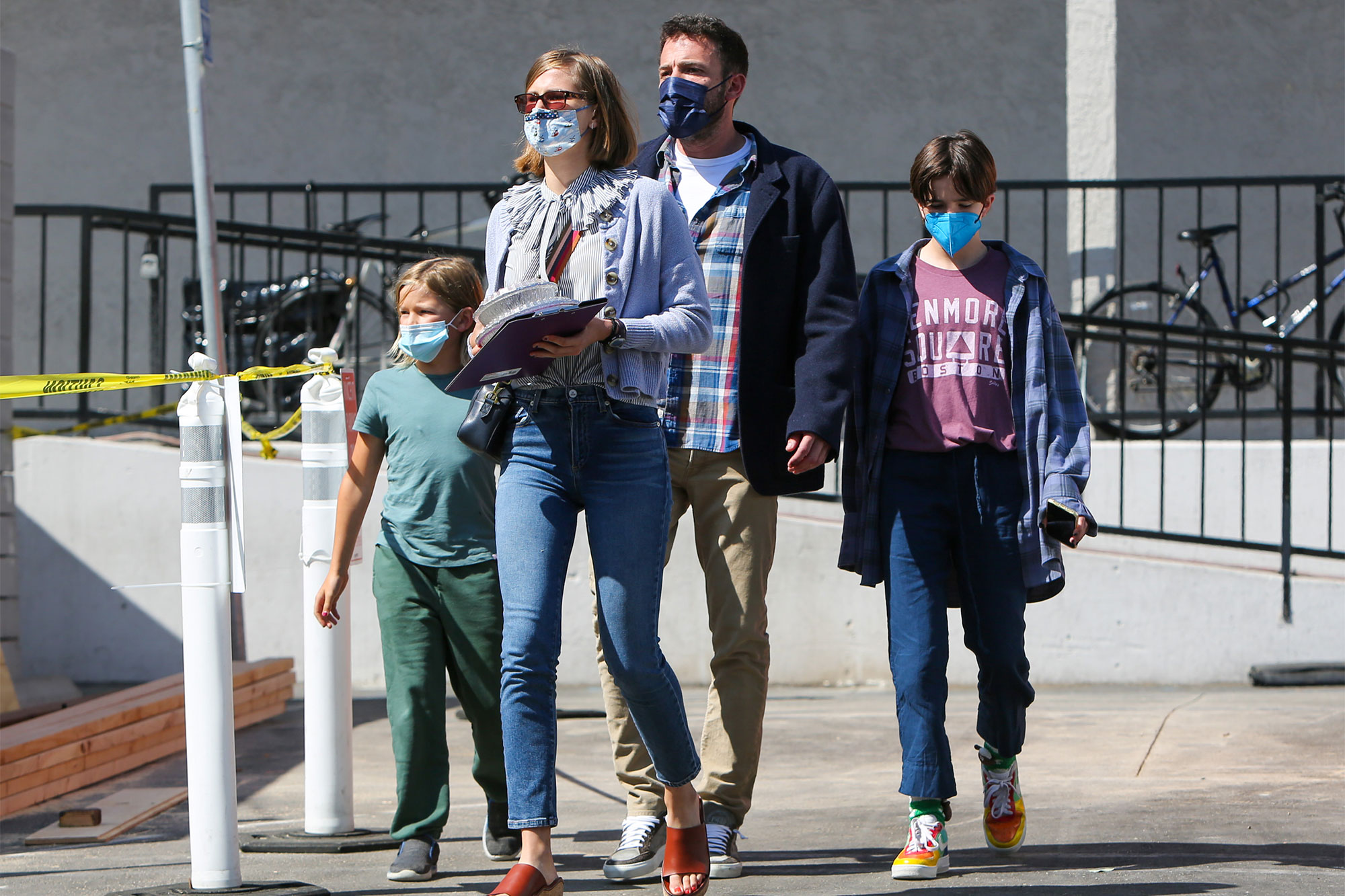 Affleck has been to rehab multiple times and has been open with his struggles with sobriety. In 2018, three years after the end of their marriage, Garner was photographed driving him to rehab after reportedly staging an intervention.

Both Lopez and Affleck’s reps did not respond to Page Six’s requests for comment.

Social media has lit up with backlash over the Affleck interview.

Said one Twitter user: “When you can’t accept that your drinking problem is because of you, you still have a drinking problem. Jennifer Garner didn’t drive Ben Affleck to drink, she did however drive him to rehab probably saving his life.”

Another added: “Free PR lesson for Ben Affleck: I drank because I was unhappy. End the sentence RIGHT THERE.”

“Ben Affleck blaming his wife (Jennifer Garner) for his drinking problem tells me everything I need to know about him. JLo, you’ve got yourself a real catch there,” said another.