Jennifer Lopez and Alex Rodriguez‘s chef has high hopes for the food that will be served at the couple’s upcoming wedding!

Chef Kelvin Fernandez, who has worked for the high-powered duo for several months, is confident that the engaged twosome will serve a delicious meal that honors both of their distinct cultural backgrounds. “It would have to be a combination of, I would say, Caribbean-American, because there’s just so much food that they would love,” Fernandez, 33, told Us Weekly exclusively on April 15. “You’re talking about a Puerto Rican woman and a Dominican man, so it has to be some sort of Caribbean to influence both of their families, because their families are very Caribbean.”

He continued: “I envision food that’s going to be incredible because they don’t expect anything less.”

Fernandez told Us that in addition to some eats that might pay homage to their backgrounds, he’s also expecting some of the couple’s “favorite” foods to make the cut for the big day. For Lopez, 50, that might include a dessert such as chocolate chip cookies or doughnuts, while he revealed that Rodriguez, 44, is partial to maduros, which are akin to fried plantains.

“They’ll definitely have their favorites,” he said. 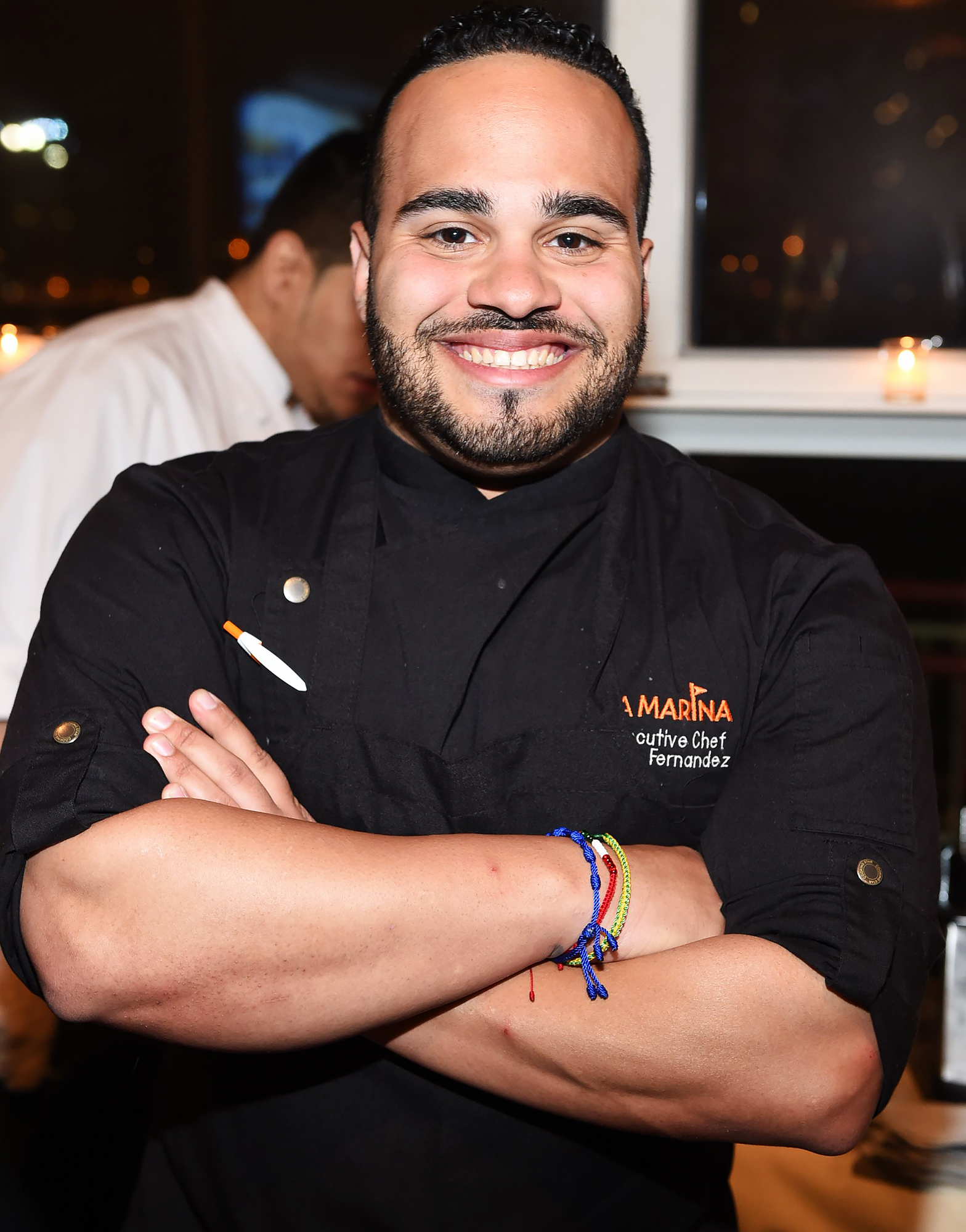 However, while Fernandez has prepared many an elaborate meal for the pair, including several holiday feasts, he revealed he likely won’t be cooking for the lavish wedding, which has been postponed amid the ongoing coronavirus pandemic.

“I don’t think I want to. I think that’s a lot of pressure because it’s not just them,” he explained. “I hope whoever does do their wedding puts out some great food, because even me as a chef, even when I go to my friend’s weddings, my family members, they come to me and they’re like, ‘How’s the food?’ And I’m always like, ‘I’m having a great time. Don’t ask me about the food. I’m having a great time. I’m here with friends. I’m here with family.’”

The culinary pro added that he’d rather be invited to the pair’s nuptials than cater the event. As he put it: “I don’t want that pressure. I’d rather be a guest at the wedding than cook for it. Way more fun and a lot less pressure!”

Rodriguez said on Monday, April 20, that he and his bride-to-be are now thinking “proactively” about the affair, which has been postponed amid the coronavirus pandemic. “We had a meeting on Zoom,” he explained to Entertainment Tonight. “[We’re] kind of just going over what the next 12 months look like and we have three or four different variations of how that can look.”

Fernandez told Us the wedding was “on point to happen this summer, but they had to push it back.”

Still, having witnessed their love firsthand, the chef has no doubt the duo will tie the knot when the time is right. As he explained, they’re even in sync when it comes to their first meal of the day.

“When it comes to breakfast, I think it’s the cutest thing in the world … if I make Jennifer french toast and I make Alex’s protein waffle, Alex will say, ‘You know what? I want the same thing Jennifer’s having,’” Fernandez recalled. “So for breakfast, they pretty much have similar things.”

With reporting by Carly Sloane