Jared Padalecki said he was ‘bummed’ after learning via Twitter that former ‘Supernatural’ costar Jensen Ackles was developing a prequel spinoff with his wife.

Drama seems to be brewing between the Winchester brothers. Jared Padalecki, 38, and Jensen Ackles, 43, formed a tight real-life friendship after 15 seasons of playing brothers Sam and Dean Winchester, respectively, on Supernatural. But things got awkward between the actors on Thursday, June 24 when news broke that Jensen and his wife Daneel Ackles were developing a prequel spinoff of the beloved CW series — which Jared claimed he was completely unaware of. “Dude. Happy for you,” Jared tweeted to Jensen. “Wish I heard about this some other way than Twitter. I’m excited to watch, but bummed that Sam Winchester had no involvement whatsoever.”

Jared’s comments instantly caught the attention of hardcore Supernatural fans, who assumed that the actor was joking. But Jared claimed that wasn’t the case in a follow-up tweet to a fan: “No. It’s not. This is the first I’ve heard about it. I’m gutted.” Jensen has yet to respond to his former costar. Jared also reportedly shared a since-deleted third tweet on the matter to former Supernatural co-executive Robbie Thompson, who will produce the new series, according to TVLine. Jared reportedly said, “Et tu brute? Wow. What a truly awful thing you’ve done. #Bravo you coward.” Yeah, this definitely doesn’t seem like a joke now.

The Supernatural prequel spinoff, titled The Winchesters, will center on Dean and Sam’s parents, according to Deadline. The series, which already has a script commitment, will be executive produced by Jensen and Daneel. Jensen will reprise his role of Dean as narrator of the show. No casting decisions have been announced.

Jensen announced the development of the prequel in a statement to Deadline. “After Supernatural wrapped its 15th season, we knew it wasn’t over. Because like we say in the show, ‘nothing ever really ends, does it?’ ” he said. “When Danneel and I formed Chaos Machine Productions, we knew the first story we wanted to tell was the story of John and Mary Winchester, or rather the Supernatural origin story. I always felt like my character, Dean, would have wanted to know more about his parents’ relationship and how it came to be. So I love the thought of having him take us on this journey.” 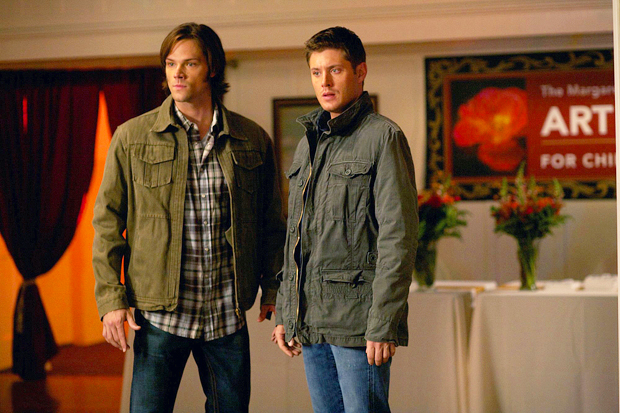 Supernatural aired its series finale on Nov. 19, 2020 after 15 seasons and 327 episodes. The show, created by Eric Kripke, currently ranks as the longest-running sci-fi genre series in American television. Jensen and Jared starred on the show alongside Alexander Calvert, Misha Collins, Mark Pellegrino, Mark A. Sheppard and more.