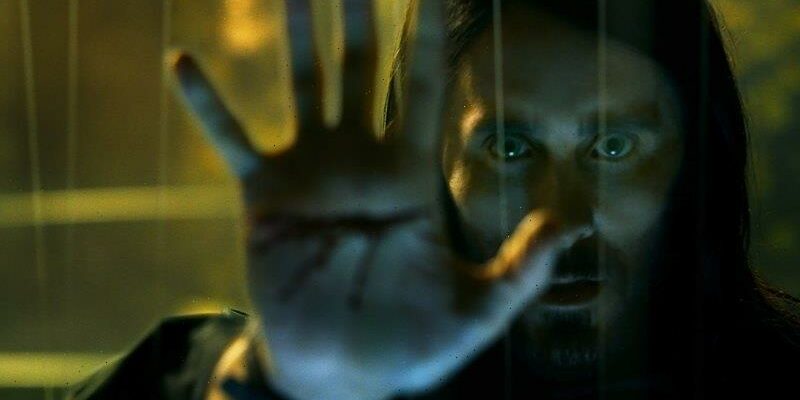 So many superheroes, and yet it sometimes feels as if there are only a few. Dr Michael Morbius (Jared Leto) is a brainy scientist, like Dr Strange, and also a broody loner given to skulking on rooftops, like Batman. Every so often he transforms into his monstrous alter ego, like Venom or the Hulk – and he can fly like Superman, or at least glide short distances. 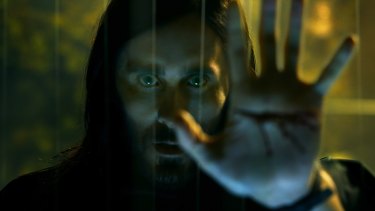 Jared Leto plays a vampire who resists the traditional thirst for human blood in Morbius.

Aside from his twitchy fragility and hippie-goth look – the 1990s are back, or at least Hollywood wants them to be – the thing supposed to set Morbius apart is that he’s a “living vampire”. Afflicted since childhood with a rare wasting disease, he invents a serum that restores his vitality while conferring all the benefits of being undead.

The one drawback is the traditional thirst for human blood, but through trial and error he learns to keep his rampages to a minimum. His childhood pal Milo (Matt Smith) has the same disease, but a shakier moral compass, and if you’re not sure where this is going you could try asking the nearest child of 10.

If there’s anything unusual about the director Daniel Espinosa’s approach, it’s that he doesn’t appear to be trying for anything in particular. There’s none of the overwrought ambition of a recent Warner Bros. blockbuster such as The Batman, nor much of the flippancy associated with Marvel.

Mostly, he’s content to alternate between generic special-effects sequences and close-ups that document the actors’ honourable efforts to transcend the script. Leto works hard as usual, even if his mumbly, offbeat line readings and other odd choices don’t quite add up to a character.

Smith’s more theatrical approach is better judged on the whole, though perhaps there should be a moratorium on supervillains throwing their arms out wide and twirling on the spot to express a yen for world domination. Others have less to work with: Adria Arjona’s role as Morbius’ extremely loyal colleague is a throwback to the era – not really longer ago than yesterday – when love interests were often guarantees of the hero’s heterosexuality and little more.

While I’m the last person to insist that every superhero blockbuster needs to go for two and a half hours, you know something has gone badly wrong when a movie comes to an abrupt halt just when you might expect it to start gearing up for the big climax. The closing credits incorporate teasers for sequels in the usual Marvel manner, which here seems more than usually optimistic.

As a Sony release, Morbius does not strictly take place in the Marvel cinematic universe. But it does tie in with the larger “multiverse” explored in the recent Spider-Man: No Way Home, albeit indirectly (to explain all this properly might take a double degree in comic-book history and copyright law).

Over the years, there have been plenty of mediocre movies associated with the Marvel brand, but I can’t recall one so blatantly willing to leave viewers shortchanged. For those of us wondering how much longer the age of superheroes can possibly last, it’s an interesting development.