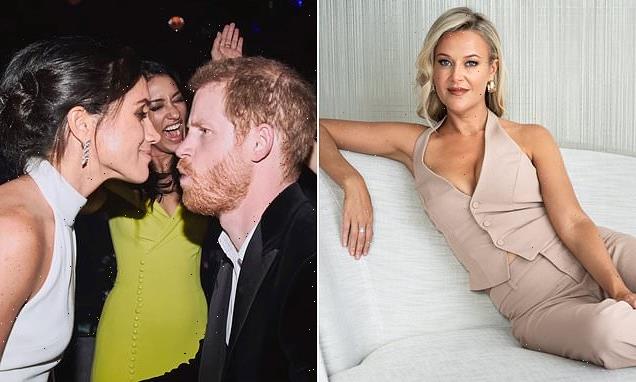 I watched Harry & Meghan through gritted teeth, admits JANA HOCKING until I spotted an absolute GOLD piece of dating advice that landed her a prince – and hardly any women do it

As much as I hate to admit it, and trust me it’s through gritted teeth, there is an absolute gold piece of dating advice in the Harry and Meghan Netflix documentary.

Like the rest of the world, I watched the doco hoping for some juicy behind-the-scenes gossip and a bombshell or two. Sadly I was met with a couple sitting in a gorgeous mansion sharing cheesy Instagram-curated photos and whingeing about how tough their life is.

Meghan, you know we’re much more interested about the time Kate made you cry over a debate about whether to have the flower girls in stockings for not.

Anyway, I’m being a bit of a cow because I have to give the girl kudos. In just one sentence she managed to completely dispel the myth that men should take the lead when it comes to dating. 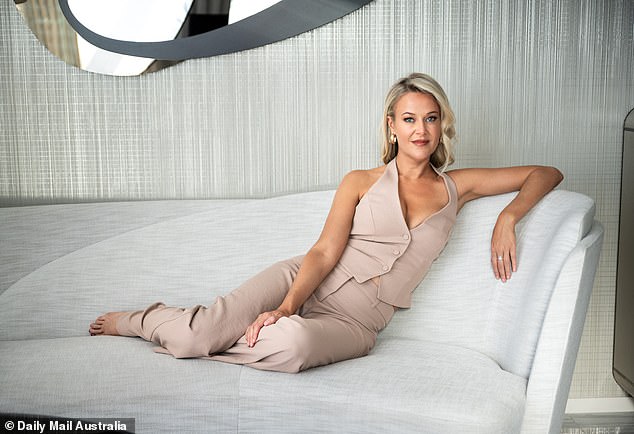 Meghan Markle threw advice from dating books out the window… and landed herself a prince, writes Jana Hocking

Let me set the scene for you: Meghan and Harry were sitting on a plush lounge, sharing the story of how they met. The Duke of Sussex explained that he first saw Meghan in an Instagram post on a mutual friend’s account in the summer of 2016.

‘Meghan and I met over Instagram. I was scrolling through my feed, and someone who was a friend had this video of the two of them, it was like a Snapchat.’ Meghan added, ‘That whole thing, the dog ears. That’s what he saw of me.’ But even through that puppy filter, Harry said, ‘That was the first thing, I was like, “Who is that?”

Ok first of all, cringe, and secondly, I kinda call BS on that bit because every bloke in the world was obsessed with Meghan in Suits at the time. So puhh-lease. You had already ogled her on the show and then was stoked to find out you had a mutual friend in common who could set you guys up. That’s my theory and I’m sticking to it.

Anyway that dating gold is coming up, so stick with me…

Harry asked her out for a drink at Soho House and she wasn’t impressed that he turned up half-an-hour late until she realised he was genuinely embarrassed about his tardiness. The date lasted an hour, before she left to attend a pre-arranged dinner. Ok, this part isn’t the dating gold, but I really give her props for keeping the date tight and sticking to her original dinner plans. The world waits for no Prince! Bravo Meghan, bravo. 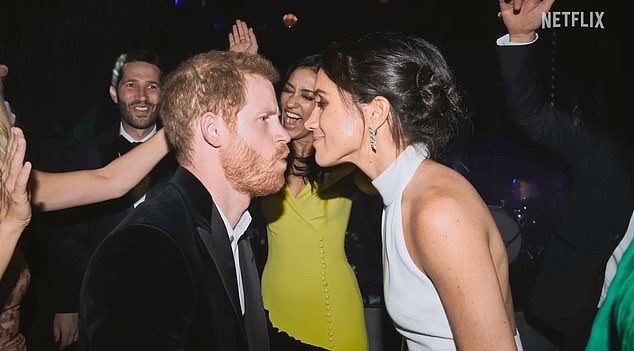 Harry and Meghan at their wedding reception

You see, although their first date only lasted for an hour, Meghan wasted very little time in arranging a second date before she left London.

She called him up later that night (yes you read that right – she called him) and said ‘Look, I’m leaving the day after tomorrow. Do you want to grab dinner tomorrow night?’ And I’m sure he thought it was so forward and American. I’m sure he told me that it was so forward and American. Then yeah, we went and had dinner the next night at the same place.’

Well excuse me, shall we start a big bombfire and throw all those useless dating rule books straight into it because girlfriend broke ALL the rules.

You know what I mean, the rules that says wait for him to text first, don’t chase, let him be the alpha, play hard to get, treat em’ mean, keep em’ keen, etc, etc, snore, etc…

Nope, Meghan threw caution to the wind, and let’s be honest, it really paid off. 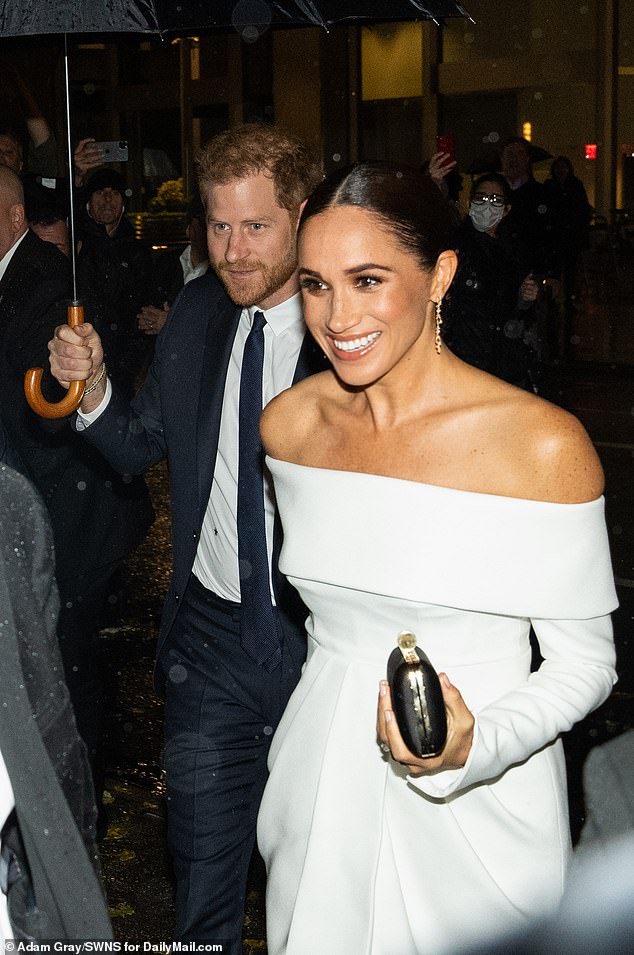 It just proves my point (which I really like to hammer home after a few chardonnay’s) that there is absolutely no right or wrong method to dating. If you like someone go for it, if the vibes are right, they’ll let you know, if they’re not you’ll figure it out.

I pride myself in being a bit of a ‘Meghan Markle’ myself. Sheesh the number of blokes I’ve dated after making the first move is ridiculous.

I remember one bloke in particular who I actively chased. I should be rather embarrassed by this story, and yet, I’m not.

I was working on a travel show called ‘Getaway’ and it was owned by the same TV station as ‘Farmer Wants A Wife’. There was this ridiculously hot farmer on it, and when I found out one of our cameramen had worked on the show, I cornered him and made him tell me how it all panned out for hottie farmer.

He revealed that there was an epic plot twist at the end, and the farmer didn’t end up picking any of the girls.

Cue choir of angels! I knew what I had to do. I put together a small PowerPoint presentation of all the ‘touristy’ things in his hometown and ran straight into my boss’s office and said ‘Can we please film a travel episode in the country town this farmer is from and get him to present it, you know cross-show promotion and all that jazz?’

Thankfully my boss agreed, and before you know it, I’m calling handsome farmer and organising the filming schedule. Yes, I orchestrated an entire TV shoot just to meet the bloke. 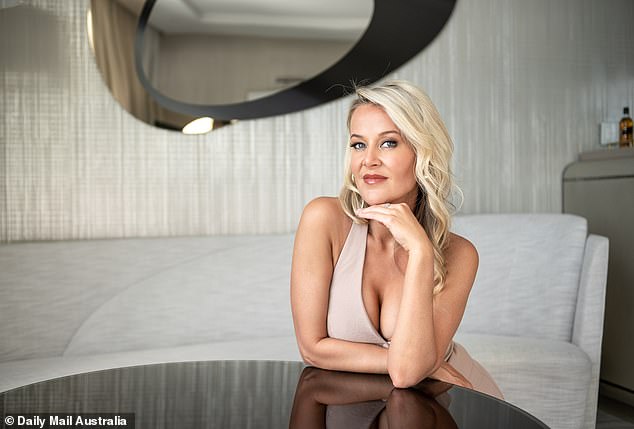 So for all those ridiculous dating self-help ‘gurus’ who tell you how to ‘play the game’ I say oh, please. Dating should be simple, writes Jana Hocking

Jump forward a week later, and post-shoot we are sitting in a country pub having a merry old time, and a week after that he’s asking me to be his girlfriend. I went out with the bloke for a whole darn year.

Why? Because I went for it! I shoot my shot! I proactively made it happen.

So for all those ridiculous dating self-help ‘gurus’ who tell you how to ‘play the game’ I say oh, please. Dating should be simple. If you like someone and you want to text them after a date. Do it. If you want to ask them out on another date straight away, do it. What have you got to lose? Absolutely nothing. Just ask the woman who got married in a CASTLE.