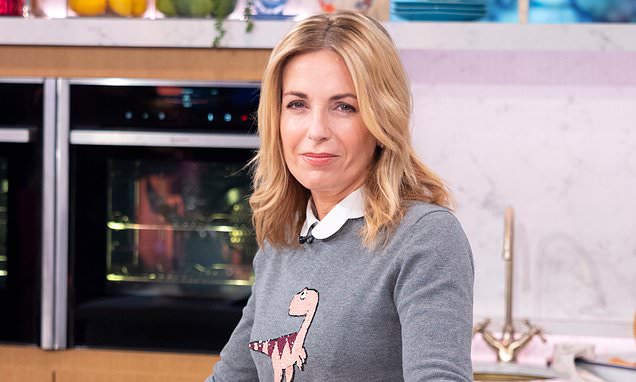 JAN MOIR: Now THAT’s the way to cook up revenge for being publicly humiliated, Mrs Hollywood 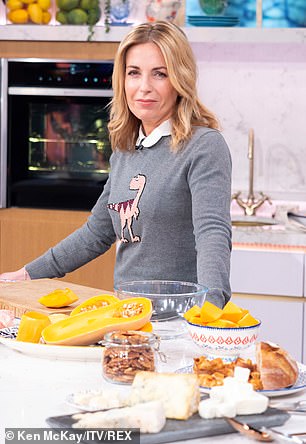 Icing on the cake: Alex is rumoured to be replacing her estranged husband Paul on the BBC’s Good Food Show, alongside his former Bake Off co-star Mary Berry

Living the dream? Being married to a celebrity is a dearly held fantasy for millions, who imagine a life filled with champagne and roses, first class all the way and having the Beckhams around for kitchen suppers.

When the going is good there is a chance it just might be like that, now and again. But what about when the going gets rough?

Alex Hollywood has had to suffer being publicly humiliated not once but twice by her husband Paul Hollywood. Bad enough that everyone in their Kent village knew of the TV star’s affairs with other women, but how do you cope when the whole nation knows?

For Alex, that was the crushing downside of a fame that she had never sought for herself.

Yet up she popped on the This Morning show this week, quietly but determinedly relaunching herself as a television cook. That’s right! A cook.

Just like master baker Paul, but without the handshake, the icy blue stare and the grubby past, which included his 2013 affair with Marcela Valladolid, his co-host on an American cooking show. Four years later he was at it again, with the then 22-year-old local barmaid, Summer Monteys-Fullam.

On the programme, the glamorous Alex, 54, made a chicken dish with squash and pecan nuts, denied that she had recently shouted at Summer in a local supermarket and generally came across as a dignified and rather lovely person with some good ideas about food.

She has already published two books, has thousands who follow the recipes she posts on Instagram and smoulders with the kind of slow, backburner star quality that might find her eclipsing her husband one day. And wouldn’t that be the most delicious course of all? 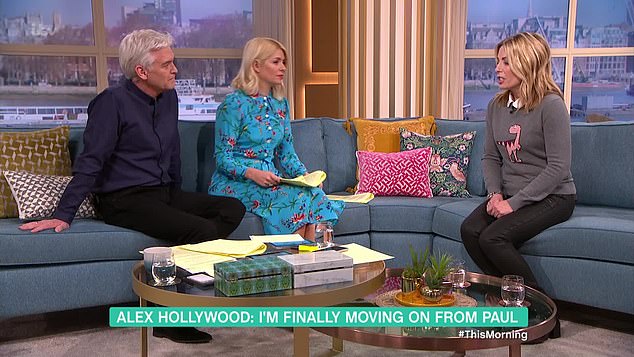 If the best revenge is living well, how do you describe a wife who not only bounces back from her husband’s infidelity, but goes on to steal his freshly baked thunder? It would be like Coleen Rooney pulling on a No 9 jersey and scoring the winning goal against Tarts United. Standing by your man may have its good points, but trampling him into the dust is exhilarating, too.

Now there are rumours that Alex will be replacing her husband on the BBC’s Good Food Show, and will be appearing onstage with his former Bake Off co-star Mary Berry. If so, I’m buying tickets for this sweet and sugar-coated display of real girl power.

Some wives of famous cheating husbands go quietly, broken women who shuffle back into the shadows. Some wives, like Coleen Rooney, cling on with every perfectly manicured talon in the face of regular humiliations, determined not to let the endless indignities of Wayne’s world finally shatter her cracked marriage.

I don’t judge Coleen — she has four small children to consider; boys who would desperately miss their daddy from their daily lives.

Then there is Alex Hollywood, who has not only decided that enough is enough, she believes that this is her moment, too.

Mrs Hollywood forgave her husband the first time he was unfaithful. ‘Everyone deserves a mistake,’ she said at the time. Perhaps she thought that 20 years of marriage, the life they had made together and their family unit with their teenage son, were all things worth fighting for. Meanwhile, Hollywood has always claimed his relationship with Monteys-Fullam started after his marriage ended, but Alex has filed for divorce nonetheless.

‘Nobody ever thinks they are going to end up divorced, but you just have to get on with it,’ she said this week. ‘I need to move on. I want to live my life.’

I love that this new life includes an elegant trespass onto her husband’s professional territory. 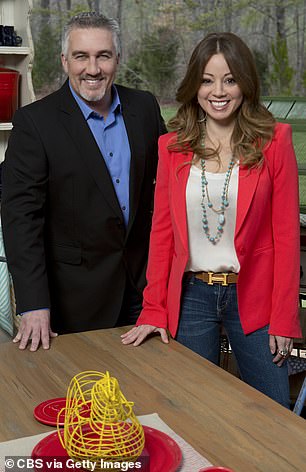 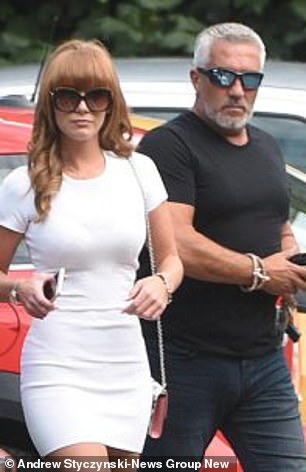 Paul Hollywood and chef Marcela Valladolid, with whom he had an affair in 2013

Former chalet girl Alex’s engaging Instagram account shows a lifelong interest in food and her culinary smarts: an aubergine and coconut curry; a walnut loaf cake and — yes — a selection of her fabulous homemade breads which include a crustily perfect multigrain; an ale, maple and poppy seed loaf; Italian baguettes studded with olives and garlic, and the fresh ciabatta loaves she makes for her lunches at home with the girls.

I love that she dares. And that she has seized this opportunity to reinvent herself in a bold and brilliant way.

For a long time, her husband was a housewives’ favourite, the thinking woman’s crumpet.

Now, I can’t bear to look at him. It might be fun for Hollywood running around with women less than half his age, but his reputation has crumbled like an overbaked biscuit base.

And from the ashes of their marriage an unlikely new phoenix has risen. Watch out for the rise and rise of Alex Hollywood, the old wife with a new life. She is the real star baker, in more ways than one.

DO leave Dad out of this conversation

Pads4Dads is a social enterprise charity supported by actor Michael Sheen. The aim is to encourage dads and daughters to talk about their monthly periods. ‘Let’s Not Leave Dads out of the Bloody Conversation,’ is their slogan. One word — let’s.

You might imagine teenage girls have enough to suffer without the embarrassment of cosy chats with daddy about their period problems over a nice, calming hot drink.

The Pads4Dads kit includes a 20-page booklet and sachets of hot chocolate to encourage bonding. All together now, cringe.Of course, there are cases where it might help. Single dads with pubescent daughters will surely be grateful for this well-meaning intervention. However, call me old-fashioned, but some things that are part of the female condition don’t always lend themselves to big conversations with the opposite sex.

I didn’t have a single chat with my father about periods, and I think both of us are entirely grateful for that. Sharing, caring and understanding are important, but I’m not ready for this sudden wild enthusiasm to put the men into menstruation.

Eva’s right on this gender agenda 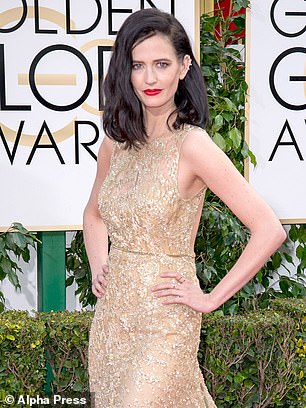 At last! Some wisdom from Bond Girl Eva Green. ‘I’m for women, but I really think James Bond should remain a man,’ she said.

‘It doesn’t make sense for him to be a woman.’

It doesn’t. It never will. And it is becoming tiresome that every time some actor or actress does something half-decent in a drama, they are immediately hailed as the next Bond. Richard Madden in Bodyguard.

Olivia Colman in The Favourite. Patrick Star in SpongeBob SquarePants. We are years away from the new Bond.

He is probably not even on the radar. So let’s just focus on Daniel Craig for the moment. I certainly do.

Don’t cock a snood at Andy

Never mind what the women were (almost) wearing on Ladies Day — Andy Murray turned up in a snood at Cheltenham. A snood, forsooth!

The last time a man was seen wearing one of these woolly cowls was about 30 years ago, during that brief moment in the Eighties when male snoods were fashionable.

Nik Kershaw was a big fan. Limahl from Kajagoogoo? Possibly. Bee Gee Barry Gibb regularly sported a chunky number — or was that just his beard? Whoever, whenever, all these men bowed down to the superior snood power of Sean Connery playing William of Baskerville in the 1986 film The Name Of The Rose.

Maybe it takes a Scotsman to wear a snood with style? After all, they are no strangers to the silliness of the sporran or garters on their socks. I think Andy wears it best, but I am biased. 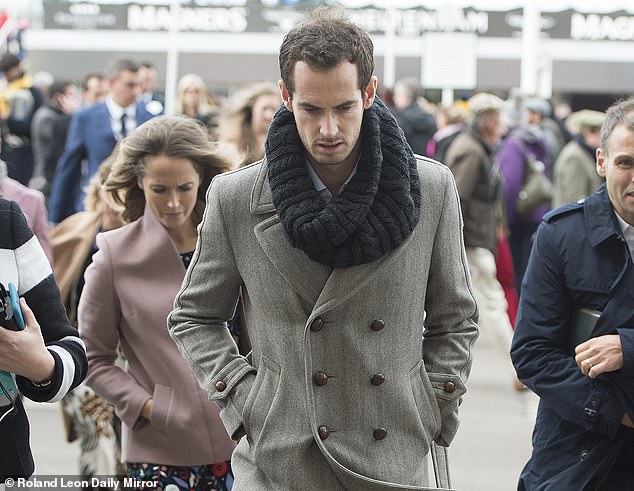 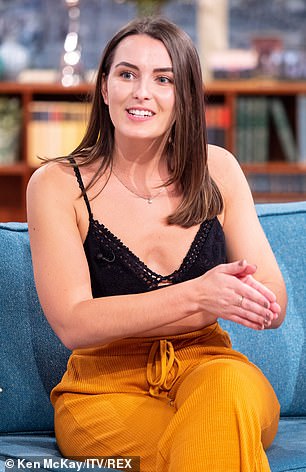 Emily O’Connor of Birmingham flew to Tenerife in a ‘crop top’ — an item of clothing that had a top so cropped that it looked like a bra.

Should we call it a bralet? A bra-zen? A traditional Spanish receptacle in which to store her patatas bra-vas?

As we now know, staff on the Thomas Cook flight told Emily to cover up.

The rights and wrongs of this dressing-down are being debated elsewhere, but here is the real puzzle. Why did cabin crew leap so hastily into action?

When most of us complain on flights, we can expect the standard in-cabin service: being completely ignored.

This seat is tiny. The oaf in front has reclined his seat while I am eating my meal.

The toilets smell. My screen isn’t working. The steward is rude and unhelpful. This chicken tastes like wet cardboard.

Where are the nice sandwiches you used to do? This ghastly wrap is no substitute.

When you think of all the offensive behaviour by others that happens on the average plane journey, the complaint about Emily seems so tiny, doesn’t it?

Almost as tiny as her bra.

In the midst of the Brexit frenzy this week, one man stood out for buffoonery above and beyond the call of public duty.

‘I was in the Army, I wasn’t trained to lose,’ boasted Mark Francois from the European Research Group. This was before one crucial vote, which his side then promptly lost. Listen, Mark. I was in the Brownies, and I wasn’t trained to sit around when there were sausages to sizzle, old ladies to help across the road and dib dib dibs to be dob dob dobbed.

So get a grip. We can all tell when someone’s military career, like yours, was five minutes in the Territorial Army before your mum called you in for your tea.

Real soldiers who actually fought and proper veterans who went to war don’t talk like that. Unless they happen to be Corporal Jones from Dad’s Army.

Despite objections from Gerry and Kate McCann, Netflix releases its controversial documentary series about their daughter today.

The Disappearance Of Madeleine McCann features archival news footage, re-enactments of the night the three-year-old vanished, interviews with investigators from the case, and other key figures.

However, it won’t feature her parents, who refused to take part.

They have condemned the series, claiming that it could potentially ‘hinder’ the ongoing police investigation, which received another £150,000 of Government funding last November.

Yet surely it might actually help? In the 12 years since Madeleine vanished, the mystery around her disappearance has only deepened.

Somebody, somewhere knows something. One might have thought that the McCanns would welcome such a high-profile documentary, which will be watched by millions who will then make up their own minds.

Good luck to Eleanor Tomlinson, the Poldark actress going off to seek fame and fortune in Tinseltown. Meanwhile Line Of Duty star Vicky McClure is reluctant to try to forge a Hollywood career. Why? Of the two talents, Vicky is the one who could end up, just like Olivia Colman, clutching an Oscar to her chest.

‘My mum would love to see me in a Hollywood movie,’ she said. ‘But there is nothing nicer than chilling in a nice, clean house. I like normality and stability.’

So many stars ask so much of fame. Others are happy with their lot. Eleanor and Vicky must choose their own paths, the one right for them and nobody else.