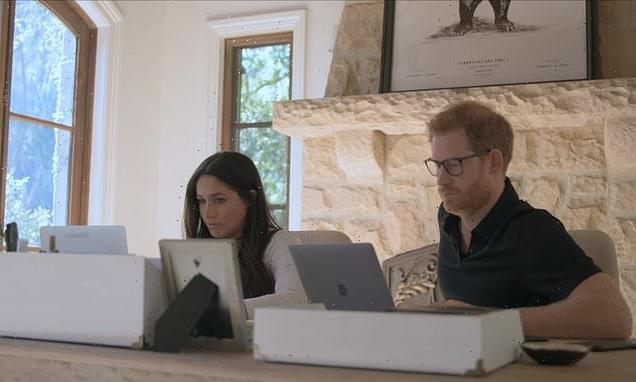 JAN MOIR: How lucky Harry and Meghan had the cameras there to capture that text from Beyonce

For the six long hours of this mordant docuseries, viewers have been swept along on a wave of Harry and Meghan’s ongoing anguish; a sugar rush of turbo-tantruming, cresting in a funk of sulk.

Yet I felt queasy rather than enlightened after watching it all, sickened by the sour gravy of their endless beefs. At no point can either of them summon the nerve or perception to venture a light touch, appreciate their marvellous good fortune or admit that maybe — just maybe! — there were moments when they got it wrong, too.

Instead, in these latest episodes, blame is splashed around like cheap perfume and multiple scores are settled, while emotions are running high. ‘My entire centre was rocked to its core,’ wails Meghan in one early scene, sounding like an unwilling apple being prepared for a crumble.

Funnily enough, this is exactly how she viewed her royal existence, even if both she and Harry still fail to understand why they gave so many people the pip. And despite the pitiless nature of their bid for your pity, it is still not entirely clear why the couple fled the tyranny of royal privilege for the chicken coops of Montecito. 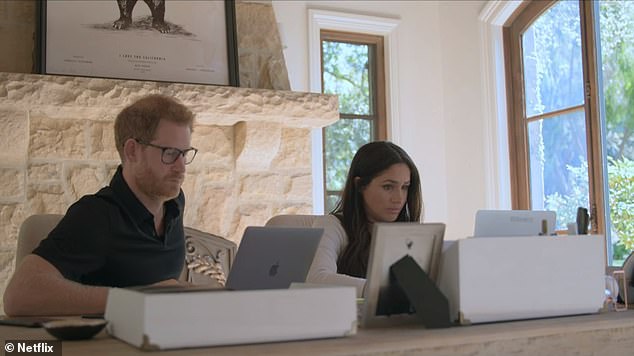 Tragically, it all seems to boil down to a lack of positive coverage in the media.

Then and now, the couple see criticism as hatred, fair comment as naked hostility and somehow convinced themselves that other members of the Royal Family were jealous of what they perceived to be their vastly superior charisma. Indeed, every opportunity is taken to revel in their specialness.

In her wedding speech, we discover that Meghan even talks of her romance with Harry in the glutinous third person. ‘They would love and garden and travel and laugh and rack up more air miles than any couple could have,’ she obligingly recited for the cameras, because she just happened to have a copy of the speech on her phone. ‘And when the tides were rough, they squeezed each other tighter.’ 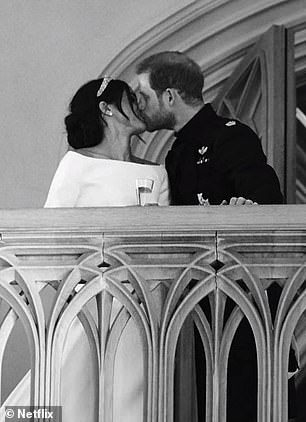 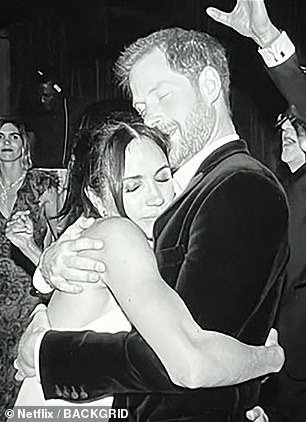 In her wedding speech, we discover that Meghan even talks of her romance with Harry in the glutinous third person, said Jan Moir

Well, I’m racking up something, too — but it’s not loyalty points that are rising, it’s my gorge. Even the Sandringham Summit gets a dust-down. Harry said he was ‘terrified’ when he had a Megxit row with his father and brother while his silly old grandma looked on and said nothing.

Yet as a young Prince — as he reminded us last week — he fought in two wars. Are we really to believe that in this fresh Game Of Thrones he was truly scared of King Charles — Smiter of Fountain Pens — and Prince ‘We Are Very Much Not A Racist Family’ William? This emotional kneading of events to suit the Sussexes’ own agenda is exhausting; they never stop glazing the ham.

Meghan even blames tabloid newspapers for ‘casually’ stirring up hate because they are bored. ‘Are my babies safe?’ she asked in one emotional segment worthy of a Hallmark film, her eyes brimming, tears spilling and lips trembling. 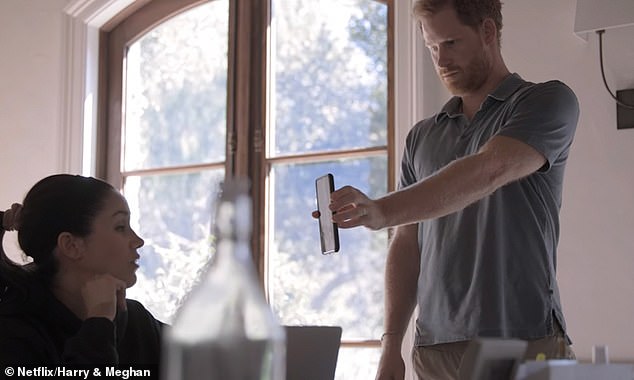 A montage of nonsense to support this fear filled the screen: hate tweets from the unhinged, lurid headlines from trashy supermarket magazines published in Australia and America, robust reports from the British media.

This is the usual terrain that all celebrities must negotiate in the ugly word of modern communication. But instead of surfing it, the Sussexes obsessed over it and drove themselves mad in the process. They felt they deserved better and decided to do something about it.

In the end, Harry and Meghan left the UK because — they said — they wanted to be their ‘authentic selves’ and live authentic lives. Yet how ironic that there is very little that is authentic about this multi-million Netflix series. In fact, there is barely a second in which they are not acting or performing for their personal in-house camera team. 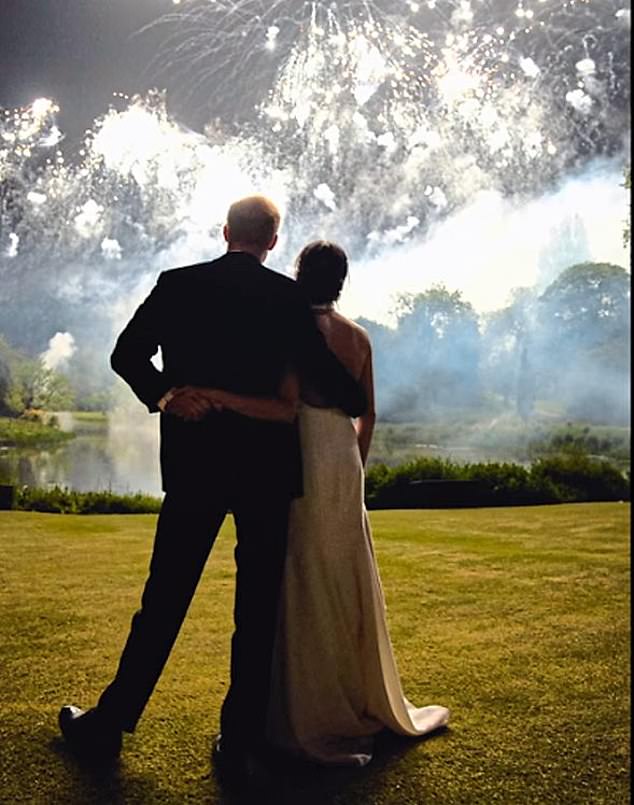 And as footage and photographs from their ‘personal archive’ fill the gaps, it becomes ever more clear that they didn’t ever want to escape the spotlight, only to control how they looked in it.

In one meta moment, we watch them watching their televised interview with Oprah. Snuggled up on the sofa, they kiss at the end — one supposes in triumph.

Another scene finds them being filmed in close-up as they cry during a therapy session. What kind of a person does that? A person who wants your sympathy. In the narrative arc of their ongoing story, Meghan and Harry have to portray themselves as royal victims if they are to succeed in America. Sweating it out under the biodome of Hollywood celebrity, their supposed suffering is the only thing they have that makes them special — they have to hang on to their hurt at all costs. 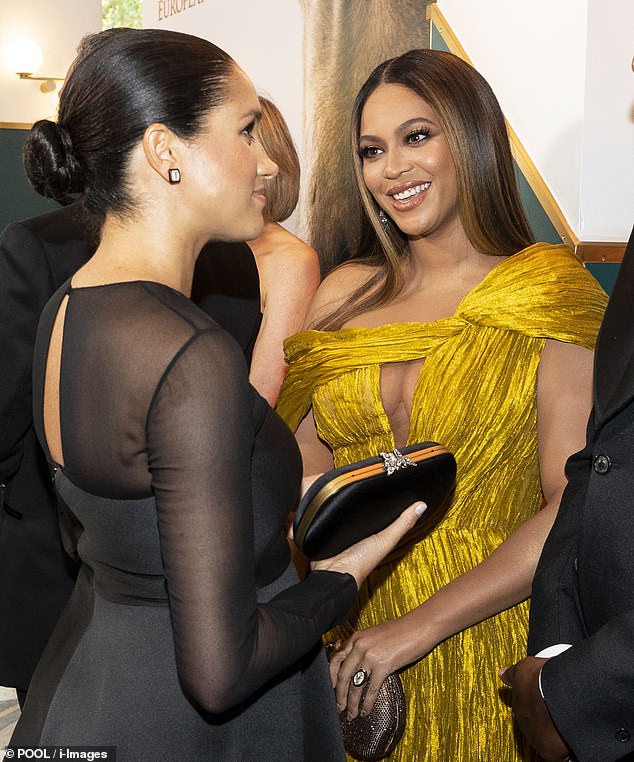 ‘She says she wants me to feel safe and protected’, said Meghan after Beyonce offered her support via text.

No wonder Meghan is thrilled when Beyonce texts to offer support. ‘She says she wants me to feel safe and protected. She admires and respects my bravery and vulnerability and thinks I was selected to break generational curses that need to be healed,’ Meghan says, and nods in agreement. How marvellous that the cameras were again on hand to capture this spontaneous celebrity endorsement.

Throughout this six-part misery memoir, Meghan consumes all the dramatic oxygen while Harry is a tousled coconut at her side, his sponge face suffused with love for his wife and untroubled by deep thought.

The Sussexes are joined together on this karmic path. There is no turning back now — even if the continuing drama on Planet Sussex is like nothing on earth.