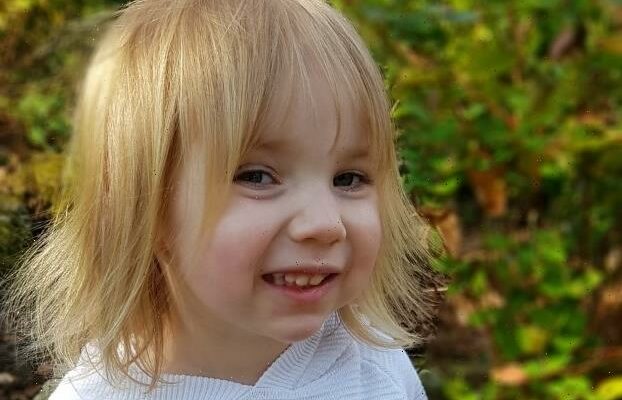 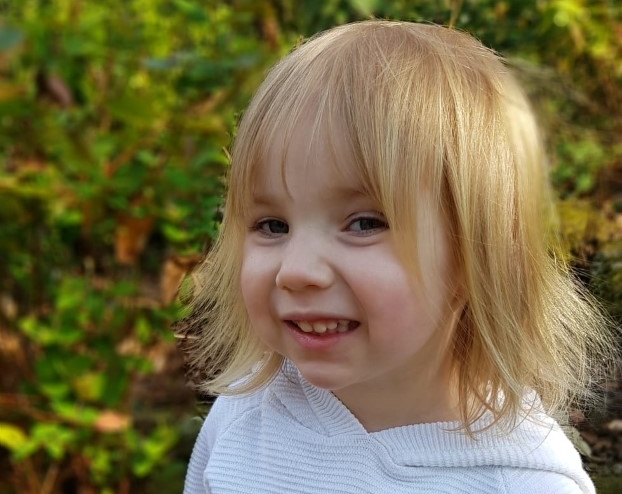 Immy stepped out of the bathroom, slipped off her towel and, bare as a newborn baby, pointed her hips towards me.

‘My vulva’s sore,’ she announced, in her little gruff voice. ‘Need to put cream on it.’

Grabbing the Sudocrem, I opened the lid and she dipped her finger in. ‘Are you OK to put it on?’ I asked, trying not to be too concerned about the huge amount of cream she’d scooped out or that it may end up all over the wall or the carpet. Again. ‘Or do you need Mammy’s help?’

Initially, I could just about get away with hearing my two-and-a-half-year-old daughter name her private parts without internally cringing. Now, the emotion I feel when I hear her say the words ‘vulva’ or ‘vagina’ is pride, not embarrassment.

But although it’s me – and my husband Tom – who have instilled them into her, it’s taken a long time to get to this stage.

Growing up, I didn’t have a word for my private parts. Ridiculous, isn’t it? But none of them felt right. All of the options were either too provocative (pussy), too gross (minge) or simply too odd (fu-fu).

I could never quite get my head around the anatomically correct names. Prudish (even writing this, I can’t tell if I’m talking about the words or myself) and medical, they just didn’t roll off the tongue.

It was different for a boy. I mean, everyone could say ‘willy’ and you knew exactly what you were talking about. Even ‘penis’ was palatable.

Whereas a female anatomy, with its many parts, seemed far too complex for me to get my head around. So, I just… didn’t.

When I, tentatively, brought the subject up among friends, it turned out I was far from alone. So many of us, in most other ways, strong, successful women, weren’t using the correct terms for our bodies. It made me wonder: was it just us as individuals who had this problem or had we been raised subconsciously by society to avoid speaking about vulvas and vaginas, as another way of repressing and suppressing women?

So when I found out I was having a daughter, it was a taboo I was determined not to pass on. I wanted her to have a voice when it came to her body. It would be the first – but not inconsequential – step to her asserting her rights over it.

When I say ‘not inconsequential’, I mean that literally. My friend, who is a psychologist who works with abused children, told a group of us that the best way to prevent child abuse is to teach your children the correct terms for their anatomy.

Now, the emotion I feel when I hear her say the words ‘vulva’ or ‘vagina’ is pride, not embarrassment

Too many times, adults have been confused by what children mean if they’re using a euphemism and the abuse has been allowed to not only continue, but escalate.

Hearing this only made me more determined. I wanted my little girl to be able to say ‘vagina’ the way she’d say ‘elbow’ or ‘eyebrow’. Without a bat of an eye.

The topic came up far more easily than you might think. My son, Theo, or T for short, was obsessed with his body. ‘I have a willy,’ he’d announce at any opportunity. ‘Me and willy are best friends.’

Tom and I exchanged amused looks.

‘I have a willy,’ Immy parroted, smiling innocently up at me.

This was my chance!

‘No, Immy, sweetheart,’ I corrected her. ‘You have a vulva. And a vagina.’

‘Ulva? And gina?’ she repeated proudly.

‘That’s the ones,’ I replied, breezily. My job was done.

Well, almost. Because now she knew the words, she used them. Constantly. ‘Want to take my nappy off, see my vulva,’ she’d say in the library. Or the supermarket. Or on the bus.

Giving furtive glances around to see who may or not have heard, I’d crouch down and explain I’d change her nappy at home. Thankfully, she was easily distracted with a nearby book, chocolate button or imaginary zebra out of the bus window.

Luckily, at two, her words were only comprehensible to an immediate family member or someone directly next to her. But as the months went on, she remained as fixated – and the words became clearer. Initially, I’d burn with embarrassment as other mums would do a double take.

But then I reminded myself why I was doing this. These double-takes, the embarrassment. Immy would be part of the generation who would take away these things – and that was something to be proud of, not embarrassed of.

‘What did she say?’ my mum asked, genuinely shocked when she first heard her granddaughter say her new words. ‘We never said things like that when we were young.’

Which probably explains quite a lot.

I tried to explain the importance of Immy knowing the correct name for all parts of her body, not just the ones deemed ‘acceptable’ for women to say and be heard saying, but Mam just shook her head, alarmed — and my sister, who was also present, laughed hysterically. It probably didn’t help that we’d all had a bottle of prosecco each at the time of this conversation.

Immy, thankfully, remained blissfully unaware of any negative reaction to her new words. Now her interest in the words themselves is waning. She’ll still use them but only when it’s relevant.

With us adults, though, it’s a case of old habits die hard. ‘Owww!’ a friend’s daughter shrieked suddenly, when a group of us had met in the park. ‘Have you hurt your front bottom?’ another friend asked sympathetically, seeing she was clutching between her legs. ‘No, I hurt my vulva,’ the four year-old corrected her. Touché!

Even though the novelty has worn off, you can still see a gleam of pride in her eyes when Immy talks about her body. And in mine.

Immy (and all females) should be proud of their bodies and the control — verbal and physical — they have over them.