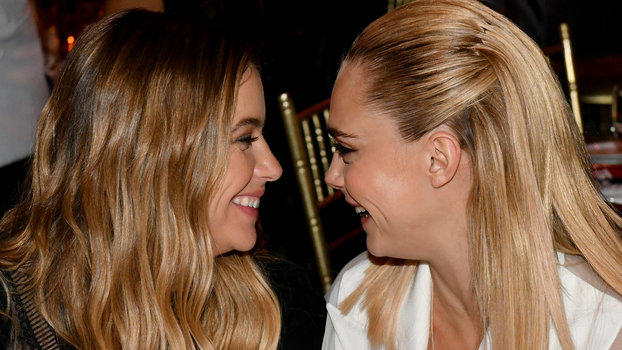 Ashley Benson and Cara Delevingne appear to be tattoo-official.

A month after the couple confirmed their relationship, Benson unveiled a new tattoo in a post on Instagram. On Monday, the Pretty Little Liars actress posted a photo promoting her sunglasses collection with Privé Reveaux, writing, "So excited to share this with you guys

My new collection with @priverevaux is here."

Under her arm, you can see a tattoo with the letters "CD."

Benson and Delevingne were first rumored to be dating in 2018, after they were spotted holding hands in N.Y.C. in May. After several months of rumors, they officially confirmed the relationship with an Instagram post and then a public appearance together at the TrevorLIVE Gala.

Earlier this month, they also sparked engagement rumors when they were seen together with matching rings on their left hand ring fingers, though that hasn't been confirmed.

Either way, going tattoo-official seems pretty serious to us.