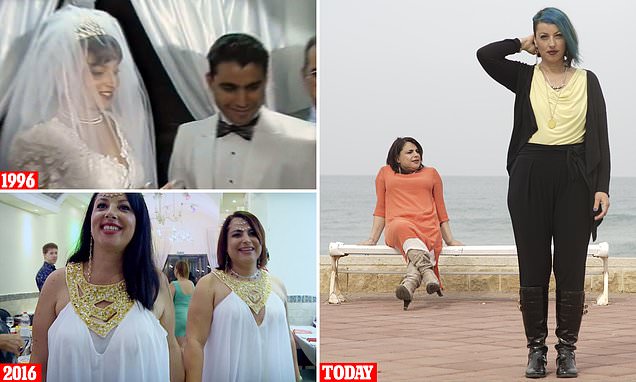 Why I left my transgender wife: Heartbreak for childhood sweethearts who stuck together through gender transition and £30k reassignment surgery – before deciding they were better off apart

But the childhood sweethearts – who lived as husband and wife for 20 years before remarrying as two women – have since made the heartbreaking decision to go their separate ways.

The former couple from Nahariya, Israel, star in a groundbreaking new documentary exploring the aftermath of Amit’s decision to live as a woman and the shockwaves it sent through their close-knit family and the wider community.

For two years, Galit’s support of her husband was defiant and unwavering, as she resolved to find a way to keep the family together for the sake of their four children, now aged 10 to 21.

Speaking exclusively to MailOnline this week, she explained: ‘I loved [Amit] so much that I didn’t care if [she] was a man or a woman.’ 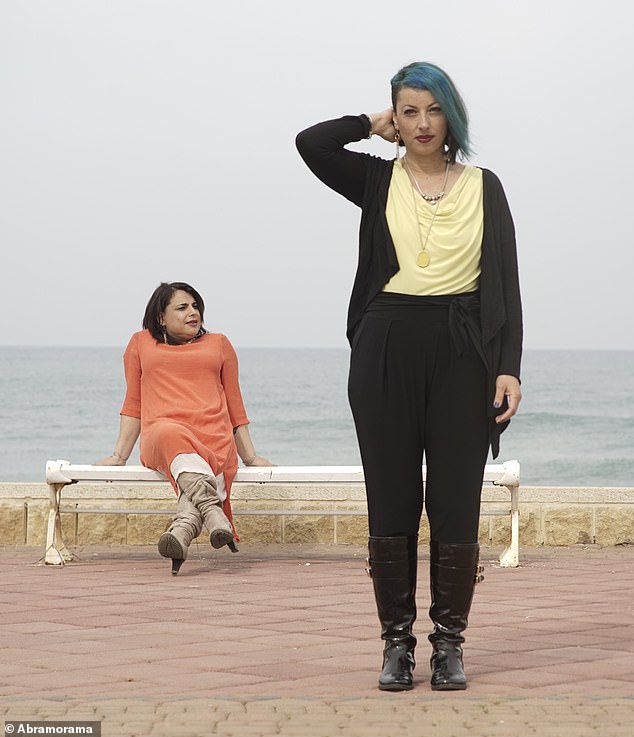 Galit Tsuk, right, refused to leave her husband’s side when Amit, left, came out as transgender in 2016. The couple remarried as wife and wife, but have since divorced. The story of their remarkable journey and how it affected their children is the subject of a new documentary 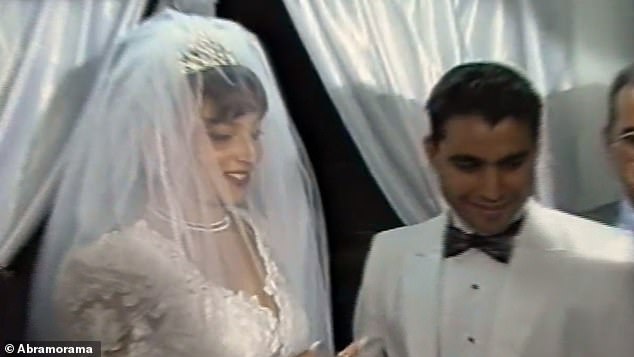 Galit (left) and Amit Tsuk were childhood sweethearts who met aged 15 and married at 22 (pictured at their wedding in 1996). The couple went on to have four children, before everything changed on Amit’s birthday when she came out as a transgender woman 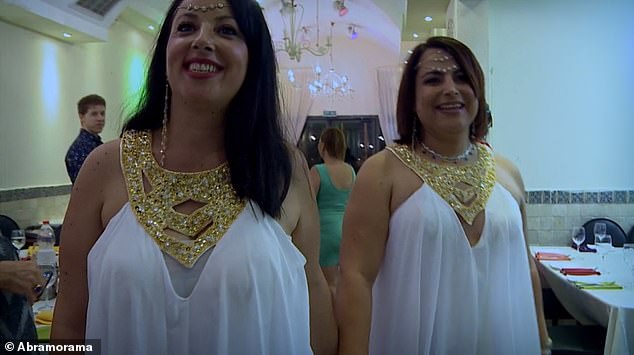 After Amit’s surgery in July 2016, the pair returned to Nahariya, Israel and remarried as two women (pictured). Sadly the childhood sweethearts later split and have both since remarried

The Tsuk children were equally open-minded about their father’s journey, with daughters Yuval, Agam and Peleg offering jewellery, trinkets and makeup tips.

Today, the three eldest children now live with 44-year-old Amit, who they call Eema (Mum), while the youngest, ten-year-old Peleg, is currently in joint custody.

And in another twist to their remarkable story, the former couple have both found love with women since their divorce – despite Galit, also 44, having never been intimate with a woman before.

Galit could not have prepared herself for her husband’s earth-shattering revelation on [her] 40th birthday in 2016, and was shocked to learn that Amit had secretly been wearing women’s clothing since childhood.

Amit blames her difficult childhood and injury sustained while serving in the Israeli army for keeping her in the closet for so long, making her feel she was ‘living in disguise’ trapped in a man’s body.

Galit recalls: ‘At first I thought [she] was kidding, and I told [her] to go back to sleep because this must be a nightmare.’ 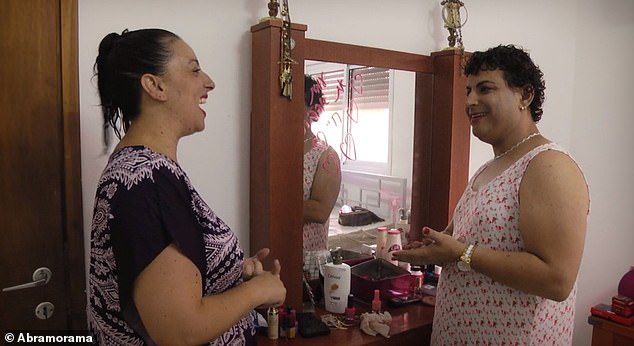 Galit, left, refused to leave her husband’s side when Amit came out as transgender. The pair swapped fashion and makeup tips (pictured) and later travelled to Thailand together for Amit’s gender reassignment surgery. Around this time the cracks began to appear in their marriage 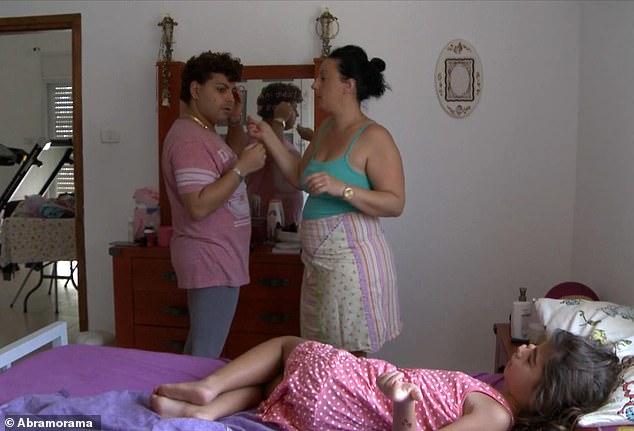 Amit, left, and Galit at home with daughter Yagam in the foreground. The Tsuk children were open-minded about their father’s journey, with daughters Yuval, Agam and Peleg offering jewellery, trinkets and makeup tips 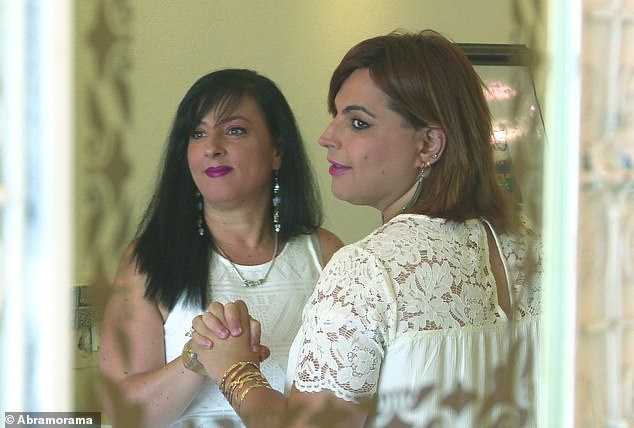 Twenty years after their first wedding Galit, left, and Amit remarried as wife and wife. Footage shows the couple beaming from ear to ear, wearing matching white dresses and dancing a song that translates to ‘Blessed be he who made me a woman’

But when Amit explained that [she] felt [she] had been ‘living in disguise’ for 40 years, Galit admits she ‘broke down’.

Instead of leaving her husband, however, Galit made the decision to support Amit throughout the transition process and learn to love her again as a wife.

Together, they broke the news to their children that ‘Daddy thinks that he was born in the wrong body’.

She explains: ‘In Israel, gender dysphoria is when your soul is not connected to your body. So I thought maybe if she could get a woman’s body, her own body, then she would be happy and be in a better place in her life… and maybe I could get back my husband as a wife.

‘I wanted to check how far I could go with out breaking up the family. To check what my boundaries were for loving Amit.’ 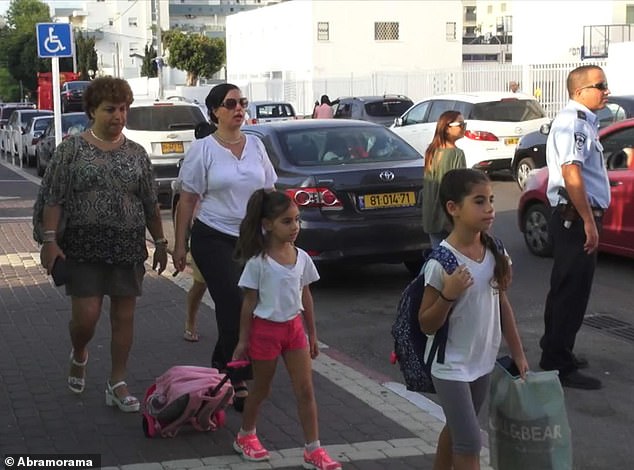 Amit, far left, and Galit with their two youngest daughters before the gender reassignment surgery. Speaking about her decision to stay with her husband, Galit told MailOnline: ‘I loved her soul, and I loved her so much that I didn’t care if she was a woman or a man’ 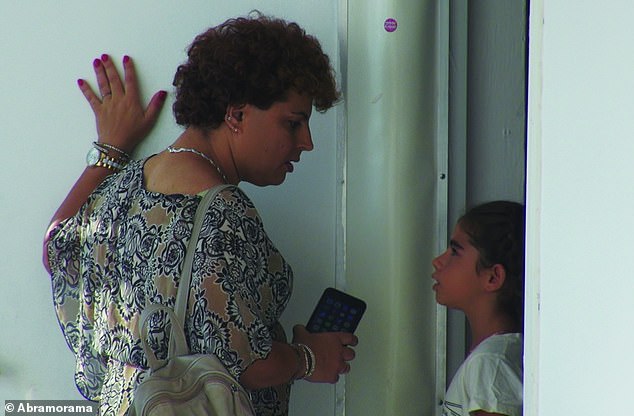 No turning back: Amit’s new life as a woman

Amit’s new identity also weighed heavily on the children who had to cope with strangers staring and calling their mother a ‘f***ot’ and a ‘d**e*.

Nahariya is a small coastal city home to less than 60,000 people where Judaism is an integral part of daily life.

Despite this heartbreaking setback, Amit went ahead with full reassignment surgery, resolute in her knowledge that it would help her feel more at peace with herself.

In the months leading up to the operation, Amit battled depression, low moods and ‘constant’ tears caused by her hormone pills as the first cracks in the couple’s marriage began to show.

In July 2016 the couple travelled to Chonbori, Thailand for the procedure with renowned surgeon Dr. Suporn Watanyusakul MD at a cost of around 150,000 ILS (£31,200).

Galit was visibly nervous as she waited for her now-wife to return from the operating theatre, and was a source of strength and comfort in the weeks that followed.

Starting a new life as wife and wife

Shortly afterwards, she and Galit remarried as wife and wife; footage shows the couple beaming from ear to ear, wearing matching white dresses and dancing a song that translates to ‘Blessed be he who made me a woman’. 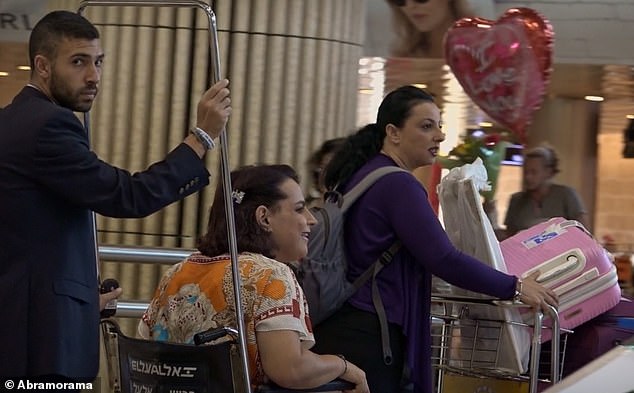 In July 2016 the couple travelled to Chonbori, Thailand for Amit’s reassignment surgery with Dr. Suporn Watanyusakul MD at a cost of around 150,000 ILS (£31,200). The couple are pictured at the airport after returning to Israel for an emotional reunion with their children 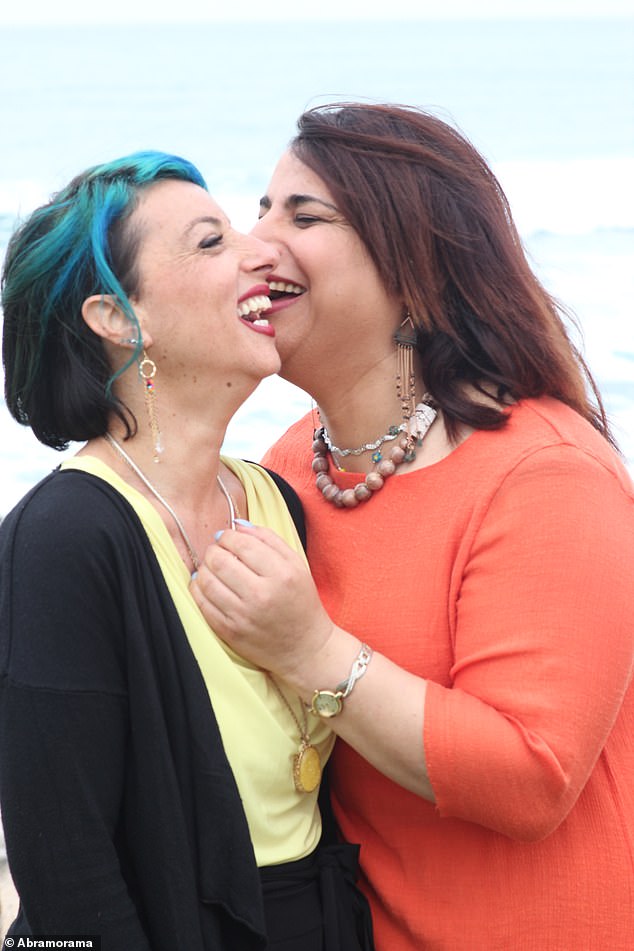 Amit went ahead with full reassignment surgery, resolute in her knowledge that it would help her feel more at peace with herself (pictured with Galit before the pair split in 2017)

Yet just a few months later, the pair had split in a turn of events that came as a shock not just for Amit but for the producers who had been following the family’s every move and were preparing to wrap up filming.

Galit felt that Amit needed space to grow as a woman and no longer had the patience to ‘wait for her to be happy’.

She explains: ‘For three years I didn’t talk about myself at all, I just talked about [her] and the kids, and what people would say and what they would think about me.

‘When I came back from Thailand I [decided] it was time for me to start thinking about myself, because I realised that I was losing myself to her to be happy.’

Amit has since found love again with Shirley, a woman who she met on a lesbian dating website, and the pair are now married.

Life is far from perfect, but Amit ‘gets stronger every day’ and says of her relationship with her ex-wife: ‘Today we try to remain as normal a relationship as possible between a divorced couple. We have four children and we are trying to do the best for them.’

Galit adds: ‘I never believed that I would love again. Not this kind of love.’

Family in Transition won the Best Israeli Documentary Film Award at DocAviv, the annual film festival in Tel Aviv, qualifying the film for a Documentary Feature Film Academy Award this year, as announced by the Academy of Motion Picture Arts and Sciences.

Family In Transition will premiere internationally on Sunday, November 11 at DOC NYC, followed by a theatrical release in Los Angeles on November 16 and in New York on November 23