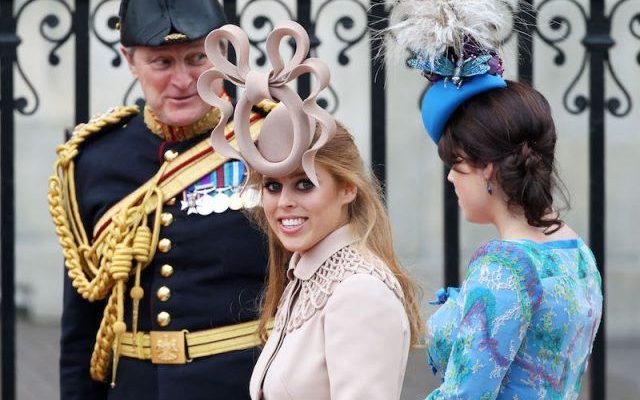 Princess Beatrice, the cousin of Prince William and Prince Harry, recently began dating millionaire property tycoon Edoardo Mapelli Mozzi. Beatrice is seldom seen in the spotlight, and she tends to keep her life fairly private. However, when she and Mapelli Mozzi began dating, the press began uncovering interesting details about her new beau’s personal life.

Who is Princess Beatrice’s new boyfriend, and is he hiding something? | Chris Jackson/Getty Images

Beatrice and Mapelli Mozzi met through a mutual friend

The couple was introduced at the end of the summer in 2018, so their romance is still fairly new. However, Mapelli Mozzi was already very familiar with the royal family, since his property business had brought him to do work with the royals — and royals’ friends — in the past.

The Sun reported that the business man started his property consulting agency when he was in his early 20s and has since worked with many members of Britain’s elite. It came as no surprise that the two were eventually introduced. Actually, they knew each other indirectly — Beatrice’s parents were friends of Mapelli Mozzi’s family and even all attended the funeral of his step-father back in 2011.

But Mapelli Mozzi was reportedly engaged when the couple initially met

According to sources close to the couple, Mapelli Mozzi was already a long term relationship with his fiancé, Dara Huang, when he and Beatrice hit it off. Mapelli Mozzi has a two-year-old son, Wolfie, with his former fiancé, and was reportedly still living with her after he began dating Beatrice. The couple truly hit it off at Eugenie’s October wedding, according to reports, and may have even hooked up. But at the time, Mapelli Mozzi was still living with Huang. There was no knowledge of when the two were supposed to tie the knot. Huang did not comment on the situation, but according to The Daily Beast, a friend said she was only concerned for the welfare of her son.

Eventually, he broke off the engagement as his relationship with Beatrice became more publicized. As of now, he’s only dating Beatrice. The rumors that he was still in a relationship when he met Beatrice haven’t been confirmed. However, it would make anyone question his character. Mapelli Mozzi does come from fortune, so he definitely isn’t interested in Beatrice for her money (the princess is only worth about $4.6 million), and their relationship, although new, seems strong.

The romance between the two seems to be heating up quickly

Those close to the royal family said things between the couple heated up at Eugenie’s wedding even though they had been introduced more than a month earlier. There’s no telling whether the relationship will be short lived, but the two have reportedly already discussed getting engaged in the near future. A source told The Sun that there could be a wedding as early as 2019. However, rumors swirl all the time when you’re involved with the royal family. It’s hard to tell if Beatrice and her new beau will get hitched any time soon.