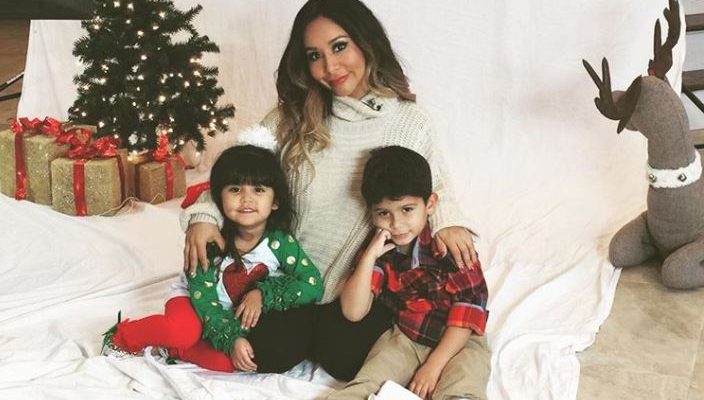 Polizzi currently has a young boy and girl

Polizzi and LaValle have been together since her Jersey Shore days. (For all the dedicated fans, you may remember that she actually brought him home from a bar — the night that started it all.) Polizzi got pregnant before the show was done filming, so she stayed in a separate house from the rest of the cast to be away from all the chaos, alcohol, and partying. Polizzi and LaValle welcomed their son, Lorenzo, in 2012. About two years later, Polizzi and LaValle welcomed their second child, Giovanna. The couple got married in 2014, about two months after Giovanna was born.

She revealed her third pregnancy in an adorable way

On Jersey Shore: Family Vacation, Polizzi said to Jenni Farley that she and LaValle had been trying to have a third baby all summer. In one episode, Polizzi thought she might be pregnant, but a pregnancy test told her otherwise, and she was disappointed. But on Thanksgiving 2018, Polizzi took to Instagram to say that she is thankful for her family — and posted a photo of her two children holding up a sonogram. Fans were ecstatic, since they know the two had been trying for a while.

Polizzi will be welcoming a baby boy in summer 2019

In mid-December 2018, Polizzi took to her Instagram channel to announce the new baby’s gender. She noted that she and her husband already knew what they were having because she hates surprises, but she still wanted her friends and family to learn in an exciting way. Polizzi got her oldest child, Lorenzo, involved in the reveal. She decided to have her husband throw him a baseball, which would explode into the color of the baby’s gender (either pink or blue) when he hit it. Family and friends gathered around, but Lorenzo was a bit nervous at first and had to be coaxed into hitting the ball. After a while, LaValle made the throw, and their son hit it perfectly, turning it into a big pile of blue dust.

Assuming Snooki was at least 12 weeks along when she revealed her pregnancy on Thanksgiving, she is due sometime next summer, likely during the end of June or beginning of July.

Now, she and friend Deena Cortese will have kids who grow up together

Polizzi isn’t the only Jersey Shore star expecting a little one. Deena Cortese, Polizzi’s meatball in crime, is expecting a baby toward the end of December with her husband, Chris Buckner. Cortese is also having a boy, so both babies will be able to grow up alongside each other, with Cortese’s boy just a few months older. The two have already expressed their excitement about becoming best friends and now about having young sons who will be best friends.