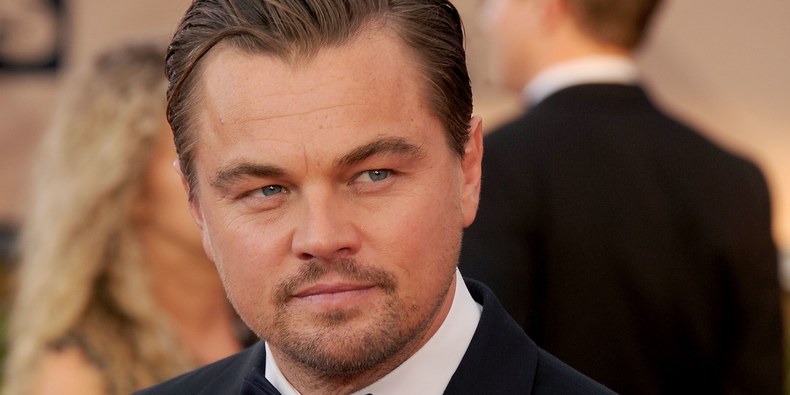 Outside of the upcoming summer movie, Once Upon a Time in Hollywood, Leonardo DiCaprio has been focusing his energy outside of film ever since his last one. But his schedule may be getting busier soon because he is rumored to be starring in Guillermo del Toro's follow-up to The Shape of Water, an adaptation of the 1946 noir novel Nightmare Alley and the 1947 film.

DiCaprio is reportedly in talks to join the film, according to Variety, which is being co-written by the director and Kim Morgan. It's centered around two con artists who work together before ultimately turning on each other. The con artists also happen to be carnies, as in carnival workers.

If DiCaprio ends up playing a carnie for the film, it would mark the second time he's played a con man. Back in 2002, he suited up as real-life scammer Frank Abagnale, Jr. for Catch Me If You Can. The project starts filming in the fall so it might not be long until we know for sure, if and when the first paparazzi photos from the set arrive.

There have been no shortage of those for Once Upon a Time in Hollywood, Quentin Tarantino's retelling of the Tate murders by members of the Manson Family which comes out July 26 and co-stars Brad Pitt and Margot Robbie with a cast rounded out by Dakota Fanning, Al Pacino, and Kurt Russell, to name a few. Robbie plays the late Sharon Tate while Pitt plays Cliff Booth, DiCaprio's character Rick Dalton's stunt double turned best friend. You can get a feel for their dynamic from the poster for the film below.

Nightmare Alley was actually first announced in 2017, but has been in development since. At the time, del Toro issued a statement about the film and his partnership with the studio behind it, telling Variety, “I am delighted to continue the producing partnership that has been forged with Fox Searchlight during the making of The Shape of Water. The entire team are great champions of true cinema. With both Nightmare Alley and Antlers I know we will create entertaining, elevated films.” With DiCaprio playing a fraudster carny, how can it not be entertaining?