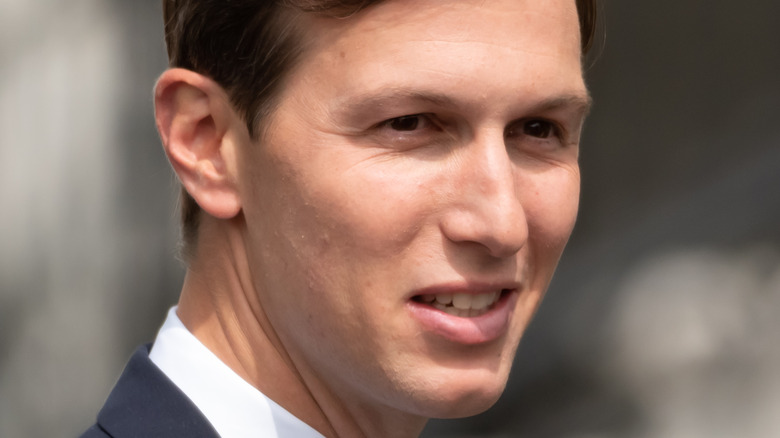 Life hasn’t exactly been busy for Ivanka Trump and her husband Jared Kushner since they left Washington, DC, for Florida. The couple previously lived in a plush apartment in New York City and reportedly now reside in a Miami condo, though it is not their permanent digs. In fact, according to MarketWatch, they’re waiting on the renovations for their $24 million waterfront home in Indian Creek Island near Miami to be completed.

In more professional updates, in May, Kushner also kick-started a think tank called the “Abraham Accords Institute for Peace,” named after The Abraham Accords, per Axios, which brought about diplomatic relations and agreements between Israel, the United Arab Emirates, Morocco, Sudan, and Bahrain. He’s even beaten his father-in-law to the punch by snagging a book deal worth a head-turning seven figures, reports by Business Insider.

As more time passes between their days in DC and the present, CNN reports Ivanka and Kushner have been trying to build some distance between themselves and former President Donald Trump.

Jared has a new business venture 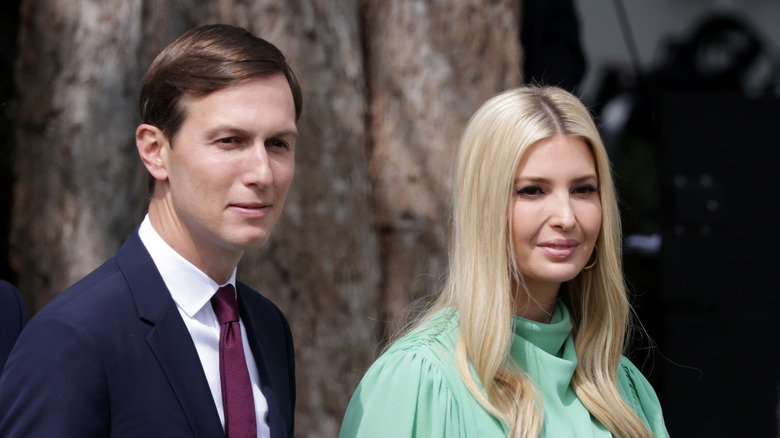 With all that’s happening in Jared Kushner’s life, who knew he’d have the time to pursue other interests, but it appears that he does. Several media outlets report that Kushner is looking to open a Miami-based investment company called Affinity Partners, with plans to set up a branch in Israel later this year (via Bloomberg). Kushner’s intent, according to Reuters, is to link up Israel’s economy with that of India, North Africa, and the Gulf States. Sources who told Reuters about Kushner’s plans say they don’t have details about any potential investors.

Kushner’s decision to start this new venture is significant because it means that Donald Trump will have lost the support of a son-in-law who he relied on for most of his time at the White House. Sources also noted that the new venture will take Kushner away from politics for the foreseeable future.

Twitter showed Kushner no mercy of course with one social media warrior writing, “Jared Kushner will step back from politics, a field where he earned his elevated position through nepotism rather than elected office, in order to concentrate on monetizing his political connections.” Another Twitter user added, “Jared Kushner describing his main field as politics is causing Professors Dunning and Kruger to shake their heads and say ‘we’ll never be able to top this.'”