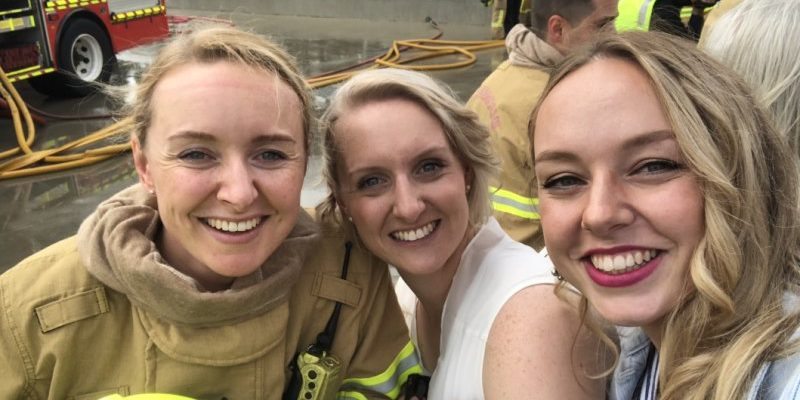 “I’ll take his name when we get married; it’s just more convenient.”

There are many reasons why a woman (or man) chooses to take their spouse’s surname upon marriage, one of the most commonly touted arguments being this is the more “practical” and “convenient” option for families. 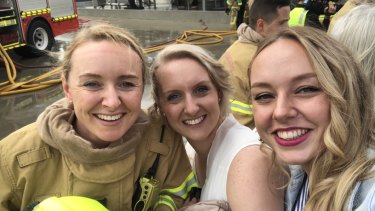 Stephanie, Madalaine and Miriam Brosnan say their mother having a different surname to them has had zero impact on their wellbeing.

It’s surprising to hear, that, in an age where over a third of Australians are born to non-married parents, a parent having a different surname to their children remains a logistical issue. But, other than correcting the occasional traditionalist that crosses their path, what are the real practical issues that arise for parents in this situation?

According to Jennifer Aylett, who kept her maiden name upon marrying in 1978, there are none. She now has three adult children all with her husband’s surname and says the discrepancy was “never ever an issue”.

“I’m a very logical person, perhaps a bit simple, because I like things to be straightforward. I never grasped the reasoning behind a woman changing her name upon marriage, so I didn’t,” Aylett says.

“My children were probably more affected by me being left handed than having a different name.”

Aylett’s husband, Shane Brosnan, was supportive of his wife keeping her maiden name, especially given the paperwork involved.

“It would have been a whole lot of trouble for her – the deed poll [required to legally change names at the time], changing her officer commission [for the army] – that would have been more inconvenient than all of us having the same name,” Brosnan says.

Aylett’s youngest daughter, Miriam Brosnan, 26, says neither she or her sisters were emotionally or practically impacted by their mother’s different surname.

“No one ever asked questions, and I’ve never felt like I lack connection with my mum because of it. In fact, I kind of dig it, because she’s my feminist hero,” she says.

There is one scenario that is occasionally cited as being more convenient for families to share the one surname – passport control. In instances where a minor is travelling internationally without a parent of the same surname (or other proof of kinship), it has been believed that passport control has a duty to screen for possible child abduction or trafficking.

Chloe Rattray, solicitor at Lander & Rogers Lawyers, says, while she has heard of this scenario in the media, she has never witnessed it professionally.

“We are the largest family law group in Australia with 40 lawyers based out of Melbourne and Sydney. No one in our department has had a client experience the airport issue."

It’s worth noting that in several countries, including France, Belgium, Greece, Italy and Quebec, it is not customary or even legal for women to officially change their name upon marriage, making families with different surnames a non-issue.

However, Rattray says, if parents are still concerned about their family’s differing names, they can carry supporting documentation when travelling such as birth certificates, court orders, adoption papers or a letter of consent from the non-travelling parent.

In most other instances within Australia, a Medicare card is generally enough identification to satisfy requirements.

“Many of our clients, like the wider community, have different surnames to their children for various reasons. There are not many situations where a different surname can create issues in this day and age,” Rattray says.

Kasey Fox, director at family and estates law practice Farrar Gesini Dunn, has seen the airport scenario referenced in a case where a mother was seeking to have her child’s name changed, however, there was no evidence to suggest this potential situation was a legitimate concern.

“I think it’s more a social issue rather than a legal issue really,” Fox says. “I couldn’t see a situation where it would be terribly inconvenient to have separate names given it’s fairly common nowadays. I think it depends on the person, their children and their particular circumstances.”

Whether it’s for traditional, romantic, aesthetic, emotional or cultural reasons, there are many factors that influence a woman’s decision to take her husband’s surname.

Convenience, however, simply shouldn't be one of them.