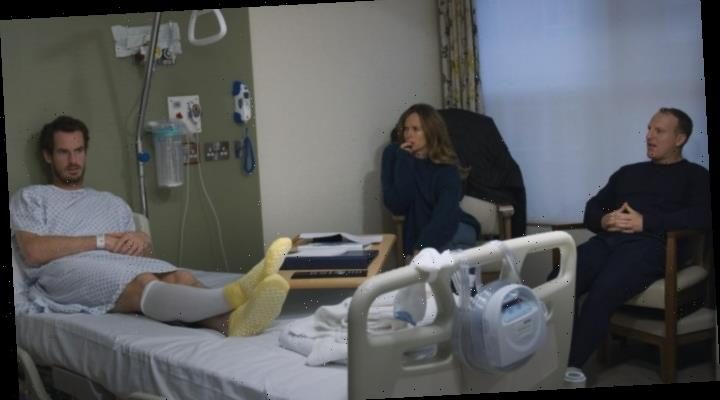 Amazon Prime Video’s U.K. offices have announced a new feature-length documentary, “Andy Murray: Resurfacing,” which tracks the British tennis superstar’s recovery from a recurring hip injury over a two-year period. Initially commissioned as a cut-and-dry injury comeback story, “Resurfacing” turned into something bigger as Murray struggled with setbacks which saw the former Wimbledon champion and number 1 ranked player in the world drop almost out of the top 100.

According to Amazon, the story will be told from Murray’s perspective, and offer hitherto unprecedented access to the medical, professional and private lives of Murray and those around him who supported him through the process. Almost daily the camera was by his side as Murray went through surgeries, rehab, and suffered the mental and emotional strain that came along with the injury.

The series also features interviews with family members, team members, and other professionals such as Rodger Federer, Rafael Nadal and Novak Djokovic.

Olivia Cappuccini produced and directed the feature along with producer John Battsek from Passion Pictures, in collaboration with Pitch Productions and Scenes of Reason. The documentary follows a series of sports-centered content including the “All or Nothing” specials, “Inside Borussia Dortmund” and “El Corazón de Sergio Ramos.”

Banijay also announced the appointment Edouard Minc as group corporate business affairs and France business development director. Coming from France’s Lagardère Group, Minc held a number of positions at the company. Most recently he was responsible for innovation and transformation projects across all divisions at the company. He will report to EVP Marie Schweitzer and Banijay France CEO François de Brugada.

Building a strong key cast, Stephen Graham (“The Virtues, Line of Duty,” “The Irishman”), Tom Courtenay (“45 Years,” “The Aeronauts”) and Peter Mullan (“Mum,” “Top Of The Lake”) will join Colin Farrell and Jack O’Connell in Andrew Haigh’s forthcoming adaptation of the polar drama “The North Water.” The series is adapted and directed by Haigh and produced by Kate Ogborn. Set in 1850s Hull, the series follows a disgraced ex-army surgeon who signs on as a ship’s doctor for a whaling expedition to the Arctic, only to find the crew and conditions less than ideal. BBC Studios is handling international distribution.

Cineflix Rights has announced multiple European deals on the critically acclaimed Canadian drama “Pure.” New broadcasters include Paris Premiere (M6 Group) in France, Virgin Media for Virgin Ultra HD Channel in the U.K., Cosmo in Spain and Sony’s AXN Channel in Germany. The series follows newly elected Mennonite pastor Noah, determined to rid his community of drugs and trans-border smuggling alliances doing business with Mexican cocaine cartels. It stars Oscar and Golden Globe nominee Rosie Perez and “How I Met Your Mother’s” Alyson Hannigan. The deals with Paris Premiere and Cosmo were closed by Sabrina Ayala, the pact with Virgin U.K. by Sandra Piha, and the Sony Germany deal by Lucinda Gergley-Garner.