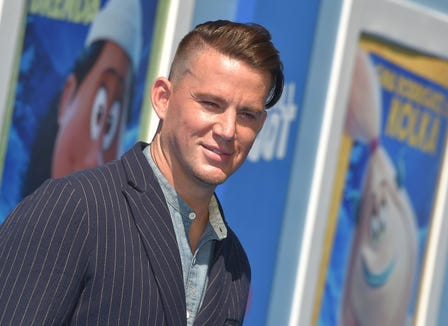 Channing Tatum has made his affection for British singer Jessie J Instagram-official.

“This woman just poured her heart out on stage at (London’s) Royal Albert Hall,” the “Logan Lucky” actor wrote when sharing a photo from the show in which he tagged J.

Tatum continued to praise the artist adding, “Whoever was there got to witness something special. Wow.”

He also gushed on his Instagram Story, posting footage of the concert with fans’ hands waving in the air. “She went off tonight!” he exclaimed.

This woman just poured her heart out on stage at the Royal Albert Hall. Whoever was there got to witness something special. Wow.

J supposedly showed her reported love some IG affection first on Saturday. She posted about the opening of Magic Mike Live in London, toasting Tatum in the process, according to E! News and Cosmo UK. “Congratulations @channingtatum what a show,” she reportedly wrote. “Ladies and Gentlemen you don’t want to miss this.”

The “Think About That” singer also enjoyed her time on stage Tuesday. “My heart is possibly the fullest it’s ever been walking off stage,” she shared on her IG story. “No place like home.”

Tatum and J’s reported romance made headlines in October.

Earlier this year, Tatum and Jenna Dewan announced their split in April after nearly 9 years of marriage. She was spotted smooching actor Steve Kazee in early November.