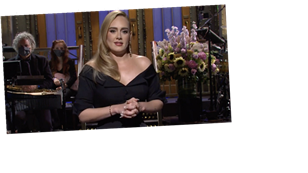 Fans have been given a sneak peek around Adele’s huge mansion after the star put the property on the market.

Adele’s £6.5 million Sussex mansion is currently up for sale meaning that pictures have become available for prospective buyers to browse.

Adele purchased Lock House in 2011 after her album 21 skyrocketed her to international fame and success.

The house sits within a huge 84.7 acres of land, keeping it perfectly private for whoever lives there.

The incredible ten-bedroom home even boasts its own helipad for when its residents might need a quick escape.

Adele lived there for one year before moving to an eight-bedroom country manor up the road in East Grinstead where she stayed until 2019.

The property was built in 1900 and has undergone a modern renovation to include indoor and outdoor swimming pools.

What was previously the ballroom has been converted into a modern open plan kitchen space.

There is also a tennis court, gym and games room to keep the house’s occupiers entertained.

The sprawling pad even features an additional three-bedroom cottage in the grounds for guests or house staff.

The house was originally listed for sale back in 2018 following a huge overhaul, however, failed to sell for the then £7.25 million price tag.

In the UK, Adele owns homes in London, Brighton as well as the pad in Surrey.

Over in the States Adele has a Malibu holiday home, New York City penthouse and two Beverly Hills mansions.

The pop star is believed to have reached a divorce settlement with her ex Simon Konecki, father to her eight-year-old son Angelo.

Nearly two years after the couple announced their split, terms are said to have been agreed to make their separation official.

Details of the settlement will be kept private.

A source said the relationship "didn't work out" because it had "evolved" and they were "more like friends than lovers" towards the end.

Yesterday, Adele took to Instagram to celebrate ten years since the release of her album 21.

She wrote: “It’s crazy how little I remember of what it was like and how I felt a decade ago. But Thank You from the bottom of my heart for letting us into your lives and letting me be a soundtrack to some of it x.”

Her new album is said to be months away – and fans can't wait to see what her fourth record has to offer.