The $14.5 billion Inland Rail project will be put under review in a move to limit cost blowouts and settle disputes over the best route to carry freight between Melbourne and Brisbane in the hope of replacing thousands of trucks on major highways.

The federal government will name former energy regulator Kerry Schott to lead the inquiry after years of argument over the 1700-kilometre route, including where the line will finish in suburban Melbourne, how it will cut through farmland in northern NSW and the location of its Brisbane terminal. 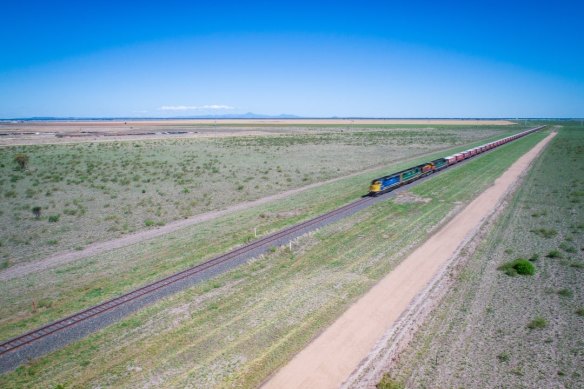 Infrastructure Minister Catherine King said Labor would definitely build the Inland Rail project but wants to check for any cost blowouts and the completion date.

The move will clear the way for federal decisions on whether the iconic project will need more cash from taxpayers, given claims it could cost $20 billion or more, and whether it makes financial sense to extend the line to Gladstone in central Queensland, as the previous government promised.

Another crucial question is how the line will connect with the Victorian state government’s plan for a freight terminal at Truganina in western Melbourne, after a stand-off between Premier Daniel Andrews and former prime minister Scott Morrison over where to locate the “intermodal” hubs to transfer freight between trucks and trains.

Infrastructure Minister Catherine King said Labor would build the project promised by former Nationals leader Barnaby Joyce but was seeking the new advice to check the likely cost and consider the former government’s claim that the line would be finished by 2027.

“The issue for me with Inland Rail is that it is absolutely clear that it is well beyond budget,” she said in an interview.

“The Nationals were basically having a lend when they said it was going to be finished by, I think, 2026 and 2027, when that is clearly not going to happen.

“So Kerry will provide some advice as to how I can actually get this on track.”

Joyce warned voters before the May election that a Labor government would delay the project because it would not want to open up new coal mines in Queensland, a key issue for regional communities if freight can be taken to a port in Gladstone rather than Brisbane.

King said the line would definitely be built under a Labor government. 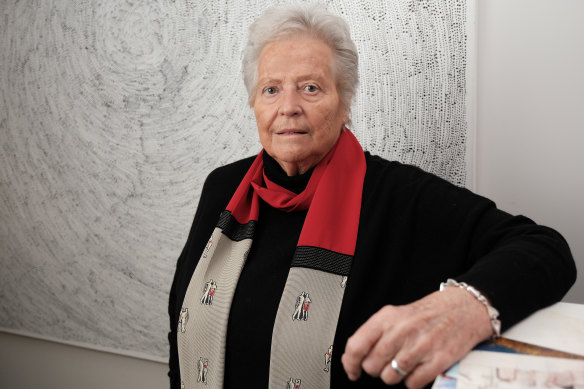 Kerry Schott will lead the inquiry into the 1700 kilometre rail line that will link Queensland and Victoria.Credit:Oscar Coleman

“It will be built, but my job is to make sure it’s done in a way that delivers the best value for taxpayers,” she said.

Schott was chair of the Energy Security Board from 2018 to 2021 after a career as an investment banker and five years as chief executive of Sydney Water, where she was a key figure in blocking a 2010 deal sought by disgraced former state Labor minister Eddie Obeid.

The government is not asking Schott to decide on a new route but seeking advice on the process already taken to choose the route, when farmers and landholders are deeply divided over the impact on agricultural land in northern NSW.

Critics have also warned about the cost of a 6.4-kilometre tunnel east of Toowoomba to take the line through the mountains to a terminal at Acacia Ridge in Brisbane’s south, from where trucks would transfer the freight. 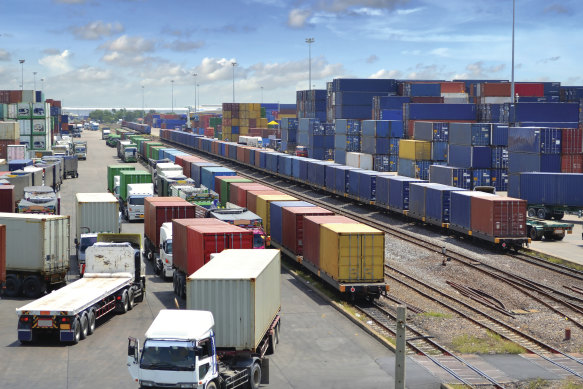 An artist’s render of a proposed intermodal freight terminal near Melbourne, where containers travelling south on the Inland Rail would be loaded onto trucks.

Asked if the project was viable, King said: “I think that we are a long way into this project, and that is the sort of thing Kerry Schott will advise me about, but we are dedicated to getting this thing done. But I want to get it done to the best benefit of taxpayers.”

With the Queensland government doing a business case on the line to Gladstone, the Schott review will give the federal government a view on the viability of the extension.

The line is being built by the Australian Rail Track Corporation, which is owned by the federal government, on the assumption that it will cut transport time to 24 hours between Melbourne and Brisbane for trains that will be 1.8 kilometres long and “double-stacked” to carry freight.

A Senate inquiry into the project warned last year that the Inland Rail was meant to cost $4.7 billion in its original plan, but that had risen to $14.5 billion and could exceed $20 billion.

The inquiry, chaired by Labor Senator Glenn Sterle, also heard concerns about the impact on communities from heavy rail traffic near homes in Brisbane, Melbourne and regional towns.

“There’s no doubt these projects are always incredibly divisive on the ground. They’re difficult from a planning point of view,” King said.