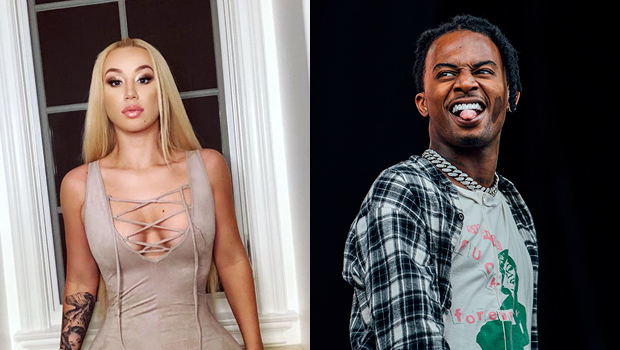 Iggy Azalea’s romance with Playboi Carti is heating up and one of the reasons is because the rapper’s new beau is extremely attracted to her body.

Iggy Azalea, 28, is known for her body confidence and it turns out her boyfriend Playboi Carti, 22, is thoroughly enjoying what she looks like. “Carti treats Iggy like a queen, he wants to be with her all the time and is always telling her she’s the sexiest woman in the world,” a friend of Iggy’s EXCLUSIVELY told HollywoodLife. “He’s always praising her booty and will literally bow down to her backside. He wants to make a music video and have her star in it with him, the main focus will be her incredibly body, he wants to celebrate her. He’s just really into her, it’s pretty sweet. Iggy’s friends are hoping this will last and he won’t let her down because she hasn’t seemed this happy in a while.”

Playboi’s intense attraction for Iggy is one of the many factors that prove their relationship is getting serious. The hunky musician has also invited his Australian lady love to join him on his current tour because they truly can’t get enough of spending time with each other! “She can’t get enough of him and wants to be with him as much as possible, so she’s excited he invited her along,” another source previously told us about Iggy’s feelings for Playboi.

Iggy and Playboi, who previously dated Blac Chyna, 30, have only been seeing each other for a few months but it obviously seems like things are off to a great start! The pair were first seen together back in Sept. when they enjoyed dinner at Mastro’s Steakhouse in Beverly Hills, CA. In photos taken after the outing, Playboi can be seen sweetly handing over a pink rose to a happy Iggy as the two drove off in a car.