Netflix has been making its foray into reality TV with shows like Queer Eye, Tidying Up with Marie Kondo, and now Dating Around. And though reality shows are a dime a dozen, this particular take on romance is much more muted and realistic than its rose-centric predecessors. Not only is the series more realistic, but the tone is laid-back and definitely not cut-throat. So if audiences have already burned through the show and want to give it a whirl themselves, they may be able to apply for Dating Around.

The Netflix show feels more like Time Out New York‘s "Undateables"column than The Bachelor, and that’s entirely purposeful. "I said if…we can show a different segment of the population than the typical dating show segment, if we can make it look beautiful, if we can stand as flies on the wall and just let it happen, I’m very, very, very interested," executive producer Alycia Rossiter tells Bustle. And she would know, as Rossiter is credited as an executive producer on several of the Bachelor franchises, per IMDb.

And although it’s too early to know if Dating Around has been renewed for Season 2, the reviews have been positive, so it will likely garner more installments. But before that happens, Netflix obviously needs to cast its new subjects, so how can interested parties apply? While there’s no obvious form or sign-up sheet online, Rossiter and her team underwent a rigorous process to cast Season 1, so if you’re single, in New York (which is likely where any future seasons would take place), and ready to mingle, the best way to be cast is likely to be spotted out in the wild. 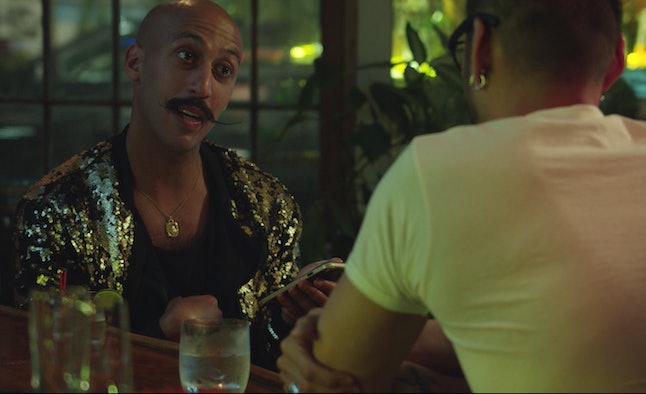 The producer explains their extensive search for just the right subjects to feature in Season 1, saying:

And their hard work paid off, resulting in the show’s six subjects — Luke, Gurki, Lex, Leonard, Sarah, and Mila — as well as their 30 dating prospects. "What I don’t feel that we did is matchmake," Rossiter explains. "We didn’t Must Love Dog it. And we didn’t tell our cast we were gonna Must Love Dog it. We just said, ‘You’re gonna meet strangers, and you’re gonna go to dinner with them, and there’s no pressure on you to do anything more than attempt to have dinner with them."

In that way, the pressure was taken off of the contestants, who were already participating in what were certainly high-stress situations. Furthermore, the producer emphasizes that she avoided putting two people together that had opposing views ("Must love dogs" and "I hate dogs" were her examples, to extend the metaphor) just for the sake of good TV. "I think that’s lazy, and that’s not my way," Rossiter says. 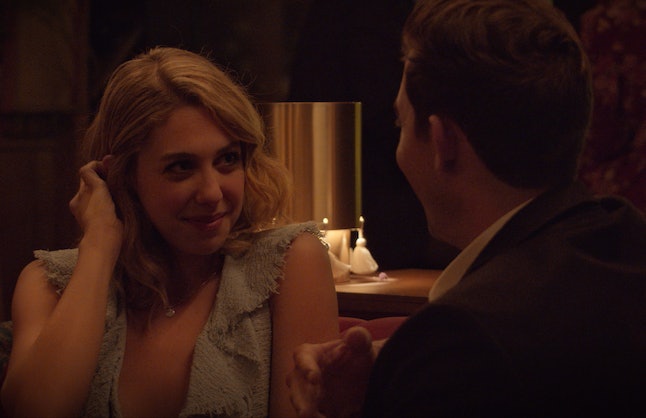 However, the team did emphasize diversity, and there obviously needed to be compatibility in that respect. "Obviously this show doesn’t have interchangeable daters," she points out. "For example, a woman seeking a woman couldn’t go on a date with Lex, who is a man seeking a man." That said, the producer wanted the subjects to keep their options open in terms of smaller differences. "I learned on many years of unscripted dating is part of being alive on Earth is you think you have a type, and you think you know what you want, but you’re often wrong," Rossiter says.

This sentiment is echoed by Victoria — one of Luke’s dates from Episode 1. "Sometimes, I think that people swipe past the best thing out there," she tells Luke. "They’re constantly looking for something amazing, and there’s something amazing sitting right in front of them, and they’re just like, not focused on it."

In other words, it’s important to keep your options open. "I guess I’m a romantic, and I think you never know," Rossiter says. "All I asked them to do was sit and have dinner with somebody, and I didn’t promise anyone a match." And while six Dating Around contestants were asked on second dates, 24 weren’t, so even if fans get cast on the show, they won’t necessarily come out of it with a significant other. That said, it may be just as fun — if not moreso — to watch these dates from the comfort of your own home, wondering after the subjects’ backstories and what they’ll do after leaving the restaurant at the end of the night.