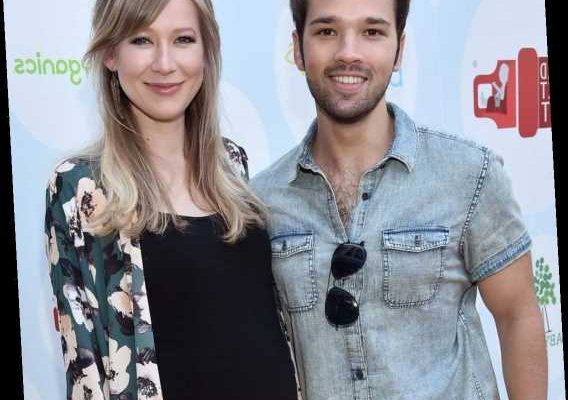 iCarly star Nathan Kress shared the exciting news that he and wife London are expecting their second baby after “multiple previous miscarriages.”

Prepare to feel old, because the iCarly family is growing!

Nathan Kress, who played Freddie Benson in the Nickelodeon series, revealed he and wife London Elise Moore are expecting their second baby. The couple shared the exciting news and a family portrait on their respective Instagrams. "Absolutely thrilled to announce that Baby Girl #2 is well on the way!!" He wrote, "After multiple previous miscarriages, we can thankfully report that mom and baby are doing perfectly so far."

He and London previously welcomed their first daughter, Rosie Carolyn Kress, just days before Christmas in 2017. The new dad said at the time, "Mom and baby are doing amazing. I am an emotional wreck. In the good way!"

On Rosie's second birthday, Nathan reflected on fatherhood and the little girl she's become, writing in part on Instagram, "You are a walking (sorry, sprinting), talking, singing, POWERHOUSE of a human being. You are impossibly energetic, as spirited as the day is long, and your infectious personality charms every single person you meet."

Nathan and London's announcement comes nearly a month before they celebrate their fifth wedding anniversary. The duo exchanged vows at a star-studded Los Angeles, Calif. ceremony on Nov. 25, 2015.

Miranda Cosgrove, Jennette McCurdy and Jerry Trainor were all in attendance for the momentous occasion. They documented their reunion with plenty of photo-booth pics, which was a delight to iCarly fans.

Bachelorette Clare Crawley Reacts to Getting Called Out on Prom Claim

Nikki & Brie Bella Are Moving to a New City! All the Details

Emma Roberts Blocked Her Mom on Instagram After She Revealed Pregnancy

And now, the iCarly cast is once again celebrating Nathan's latest major milestone.

And Daniella Monet, another Nickelodeon star known for her roles on Victorious and Zoey 101, chimed in to say, "Congrats you guys!!"