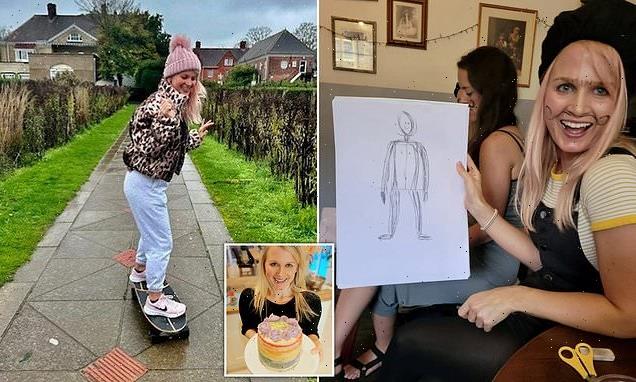 A woman who struggled with depression improved her mental health by doing something new every day for a year – including learning to fly and beekeeping.

Jess Mell, 34, from Redhill, Surrey, says she is the happiest she has been in a decade after trying new things for 365 days.

After suffering from depression and anxiety during the pandemic, Jess realised that she was depending on her routine as an insurance underwriter to keep her going.

Desperate to enjoy life after lockdown, she decided on December 27 last year to try something new every day for 100 days – but found she was upset in April when it ended. 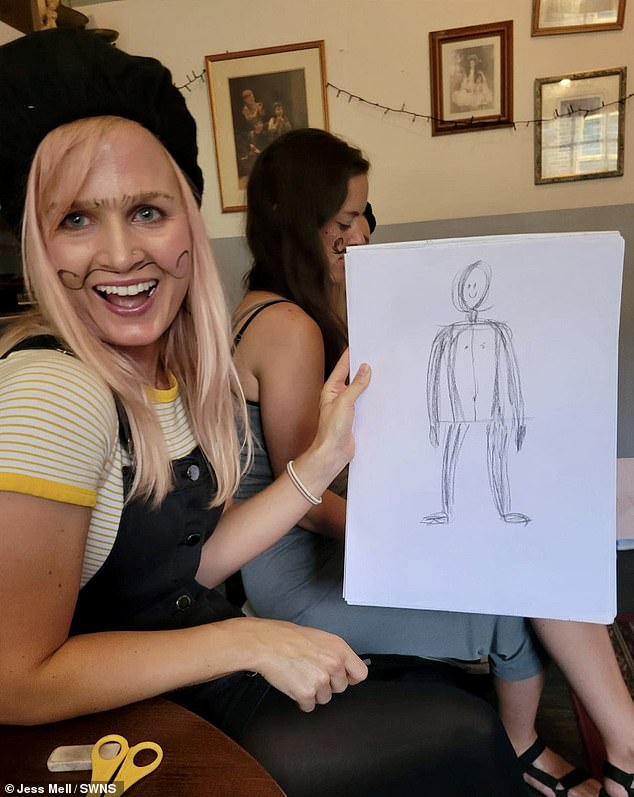 Jess Mell (pictured) decided to learn a new activity every day for 100 days after suffering with mental health conditions following the pandemic. She enjoyed it so much, she is continuing indefinitely

So she carried on going and, a whole year later, she’s has completed her challenge – and still has no plans to stop.

Jess has completed a wide range of ‘firsts’, including flying a plane, bleeding a radiator, and joining a local gardening community group.

She has also visited Vienna, Budapest, Copenhagen, Dublin, Belfast and Krakow and, on home soil, has tried speed dating and line dancing.

Jess said: ‘I feel pretty emotional about it to be honest. I can’t believe it. 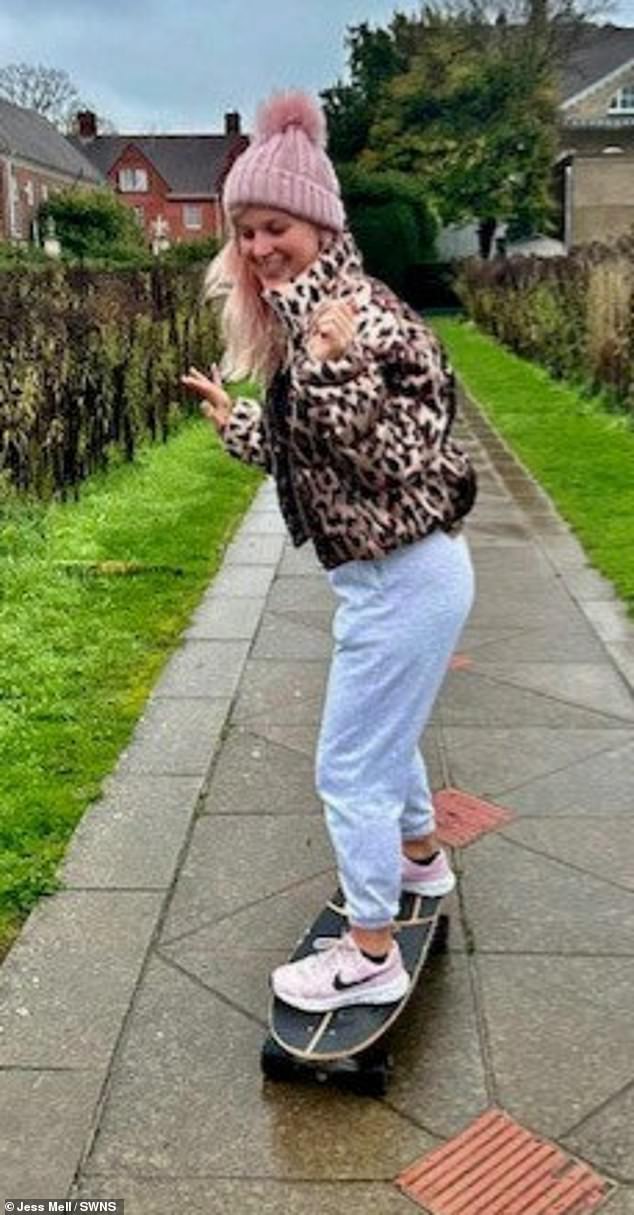 Among the activities the 34-year-old tackled during her challenge to learn something new every day, was skateboarding (pictured) 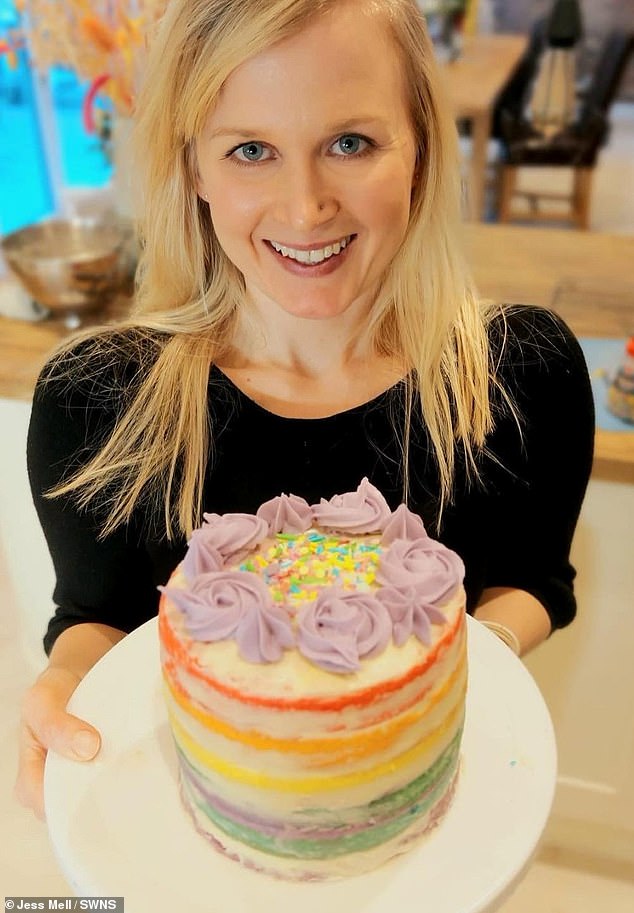 ‘The first 100 I had to do one thing every day, but that was quite difficult so when I decided to continue for the rest of the year I decided I’d do 365 new things.

‘That way, I could do 10 things in one day if I was free, and still have done 365 things in 365 days, because doing one thing every day was very difficult – life kept getting in the way.

‘I was going to finish off by swimming in the sea, but I had not quite got to 365 yet, so that ended up being number 363 or something.

‘I still wanted to finish it off with something exciting though, so in the end I finished up by convincing my dad to let me sit on the roof of his car as he drove down the road. 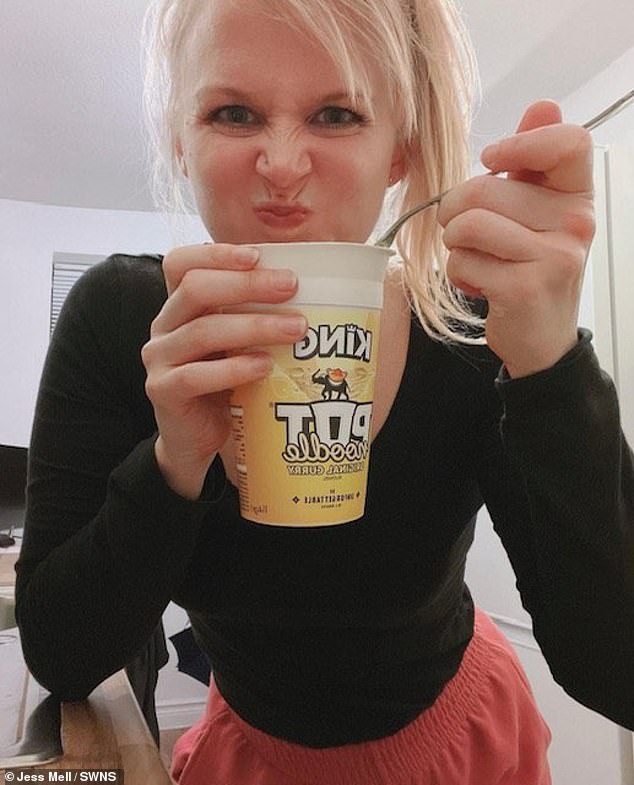 At first, the 34-year-old (pictured eating a Pot Noodle) had to do something new every day, but she changed the challenge so that she had to complete 365 challenges in 365 days, making it more flexible 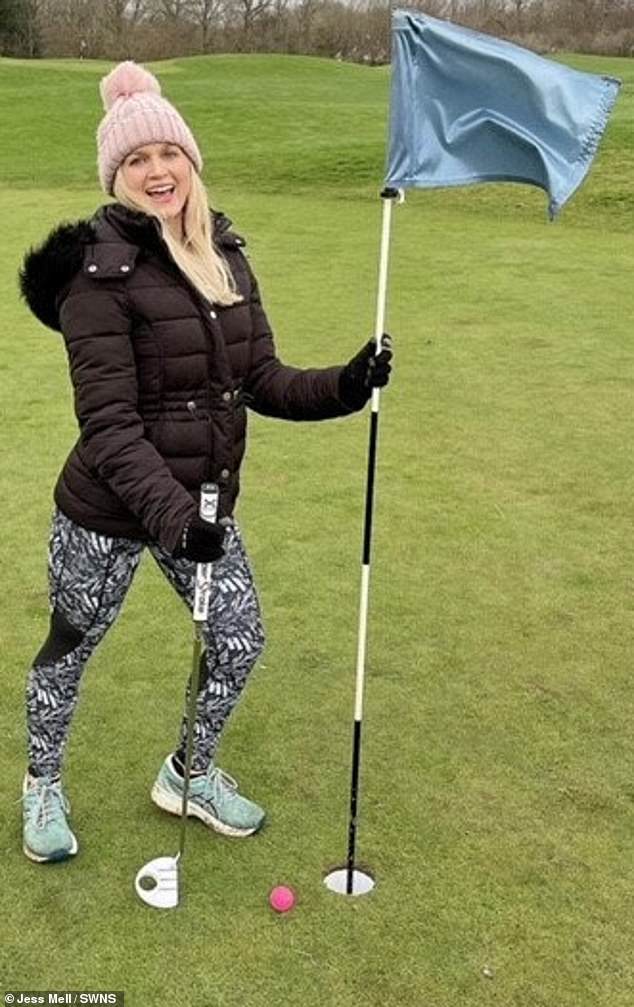 According to Jess (pictured playing golf) it was quite difficult to do an activity daily, but doing 365 in a year meant she could do multiple things in a single day when she could fit them in

‘So that was quite random, but that was only 364. My final one was making my first ever Instagram reel of some of the things I’d done in the year.’

Some of Jess’ other ‘firsts’ vary from ordinary day-to-day things like watching an ice hockey match to some more adventurous activities.

Learning simple DIY like hanging a picture, sewing a button, and growing a plant from a seed were also all on her list – along with taking a selfie with a pigeon.

She said: ‘I’m going to keep doing it, in that it’s now just part of what I do. 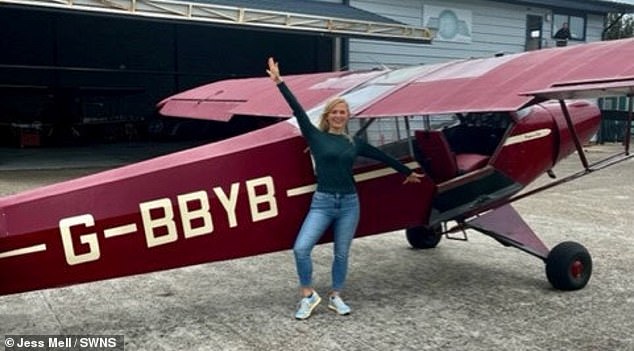 While some of Jess’ challenges were simple, like watching an ice-hockey match, some were more extravagant – like learning to fly (pictured) 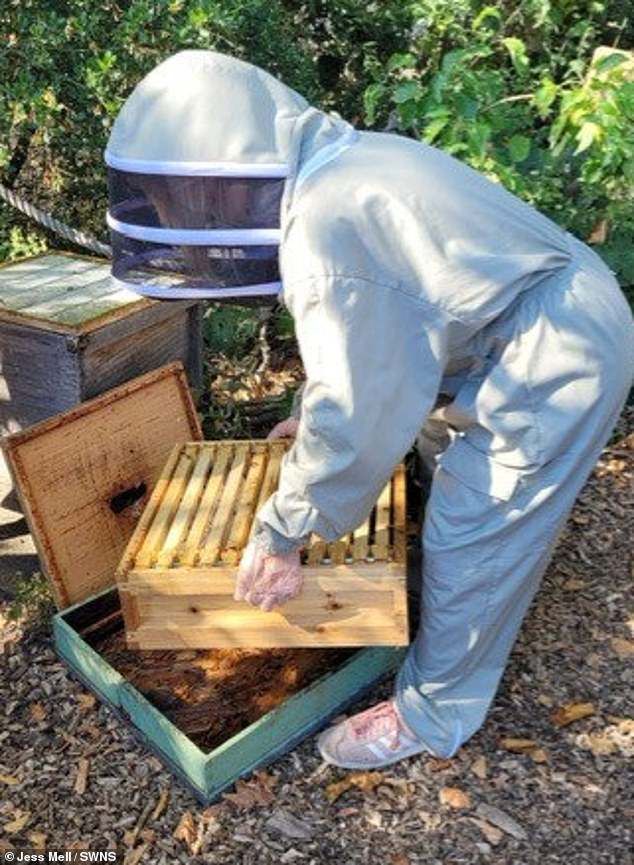 ‘I’ve always tried to find new things to do, so that will go on. Whether I track it the same way I’m not sure.

‘I want a new challenge I think, I might try and climb 12 mountains in 12 months.

‘I was originally thinking I’d visit every country in Europe, but I got talked out of it as I think it would become a bit of a tick-box exercise.

‘They don’t have to be proper mountains, it could just be one in the UK, but it’ll mean I can travel and it’ll be manageable – but I just feel a bit lost without my challenge. 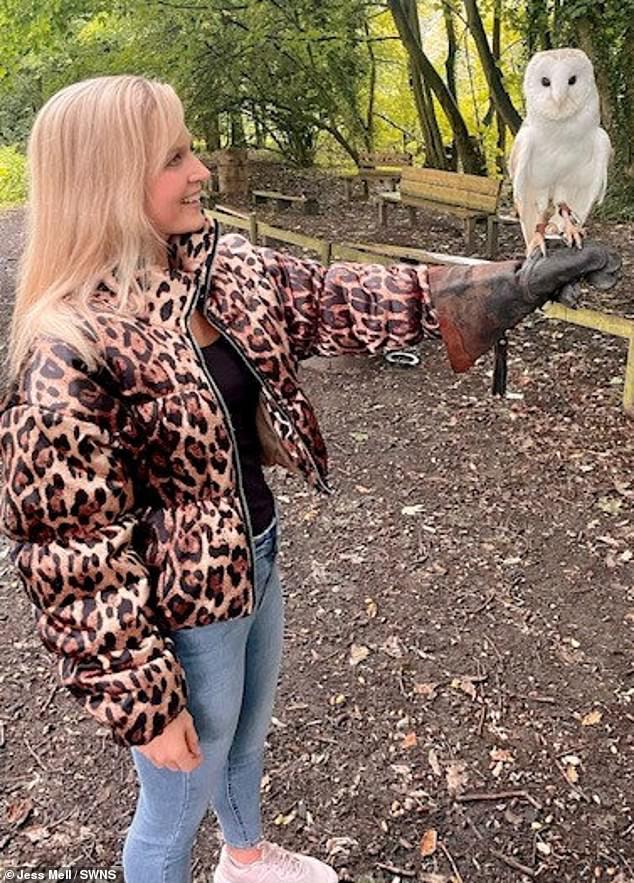 Now Jess says she is looking for another challenge to do, admitting that she feels ‘a bit lost’ without one on the go 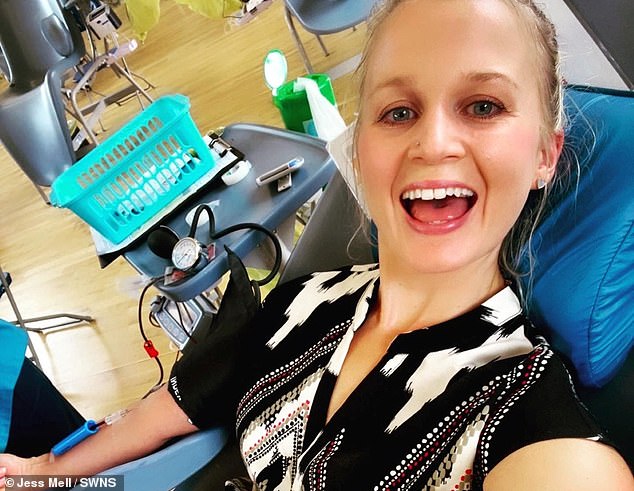 She has considered visiting every country in Europe, but discounted that idea, and now is thinking about trying to climb 12 mountains in 12 months (pictured here giving blood)

‘I feel like I should constantly be doing something.’

Joined sometimes by friends, Jess says the best part about the whole experience has been putting herself out of her comfort zone.

She’s been keeping track of all her ‘firsts’ throughout the year on Instagram at @little_jess_x.

Despite doing so many new things this year though, she says that she hopes to complete some of the many things she never got around to organising in 2022 next year. 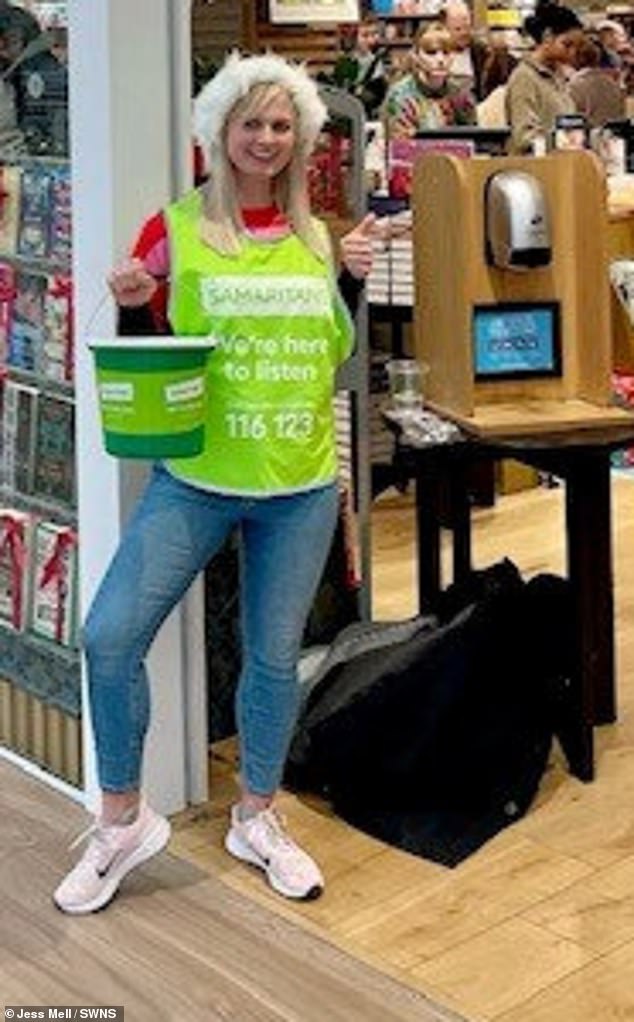 Jess (pictured here fundraising) has been documenting her activities on social media, on Instagram at @little_jess_x 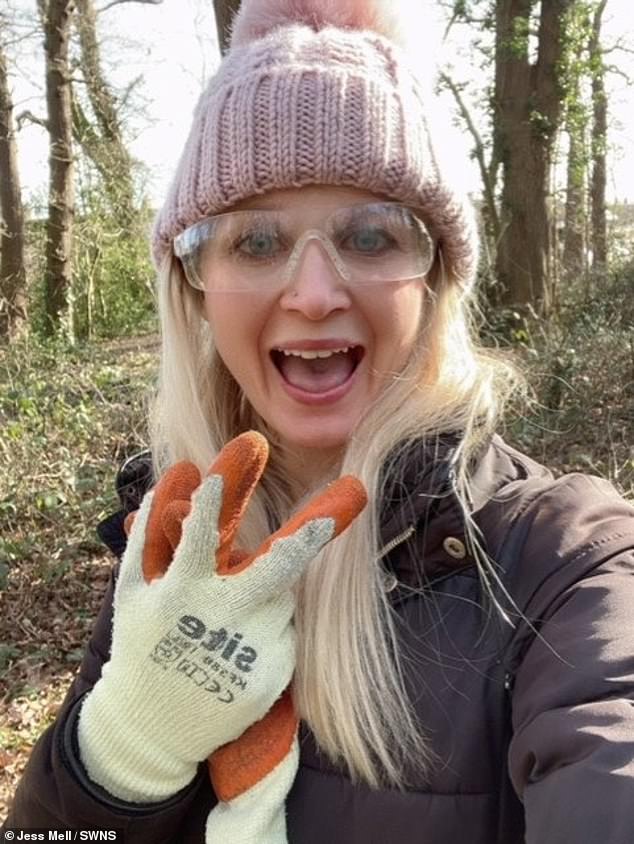 Looking forward to 2023, Jess (pictured gardening) says she wants to complete some of the many things she never got around to organising in 2022 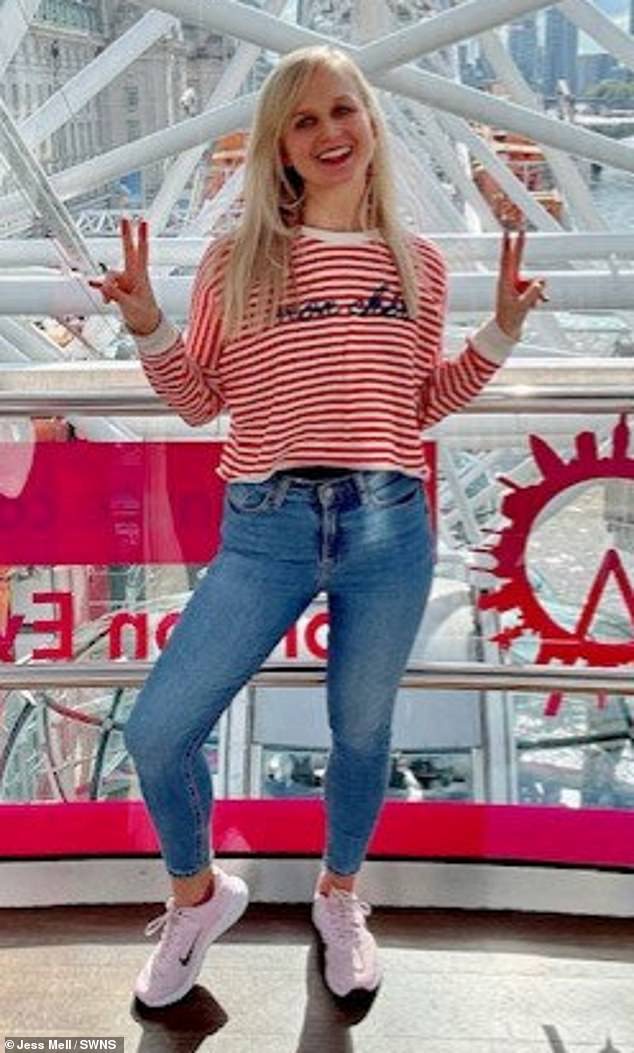 Now Jess (pictured on the London Eye) says there is ‘still a lot more I want to try’, adding that she is excited about her new view on life, which is about trying new things rather than putting them off

She added: ‘What has been so nice about the whole experience has been that whenever I’ve thought ‘I could try that’, rather than putting it off.

‘I’ve been putting it on social media, but I haven’t been doing it for social media if that makes sense?

‘There’s still loads of things that I couldn’t do on time, like on new years day I’m going to spend the afternoon playing with miniature pigs.

‘So there’s still a lot more I want to try, so I’m excited about that.’

Banned from the big day by my mother, I hated Christmas – until I fell in love

DR MAX PEMBERTON: I agree with Dame Sheila Hancock about it being fashionable to cry in public. I cried every day for a year… it didn’t help me!

Yes, it cost me £800, but thanks to this radical hair treatment I’ve got my confidence back after cancer