A WOMAN who has been branded ‘fat’ for 35 years has finally discovered that her size 36 frame is ‘not her fault’.

Nicky Gregory started putting on weight when she was 13 years old and, as a result, took up extreme dieting throughout her teens. 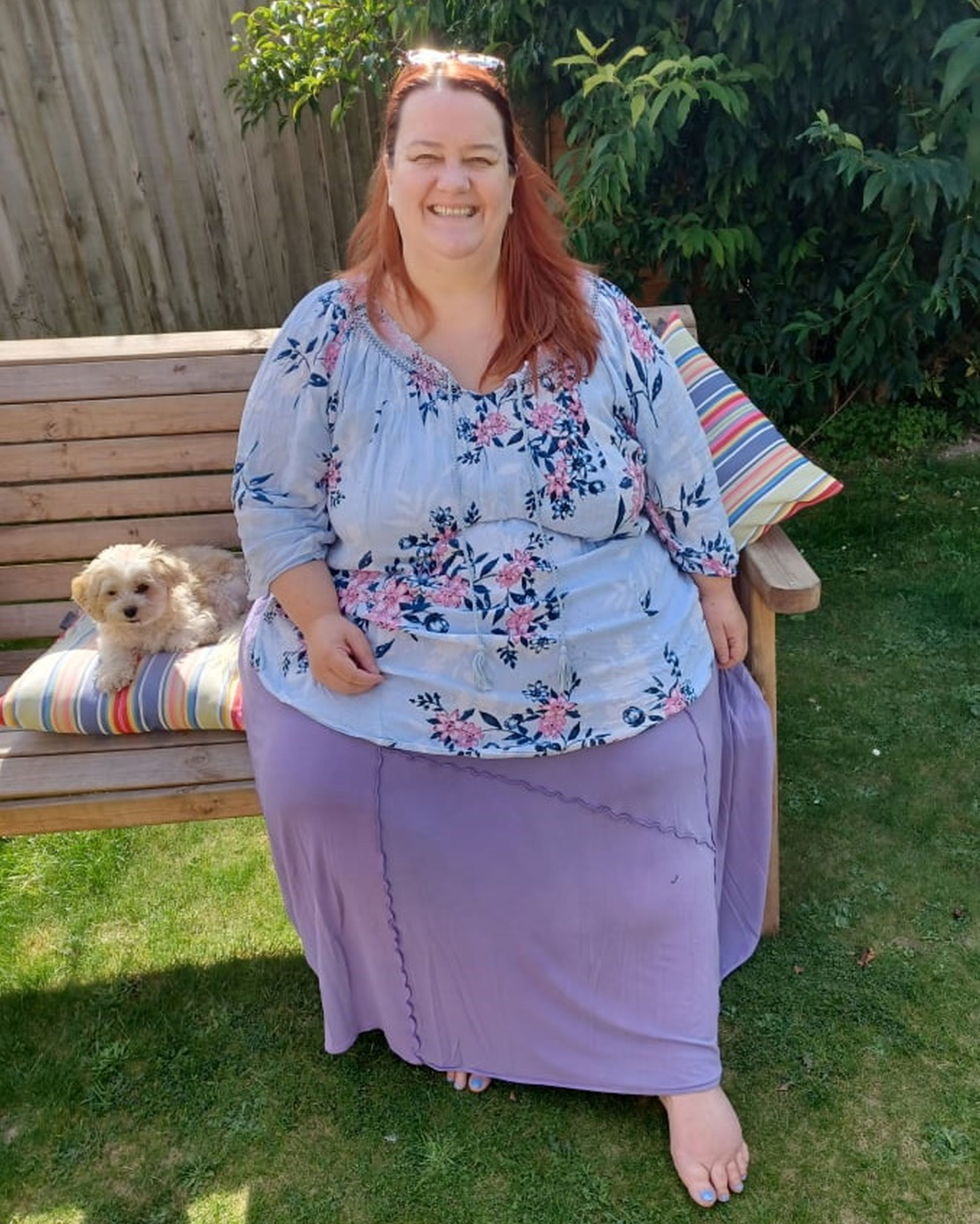 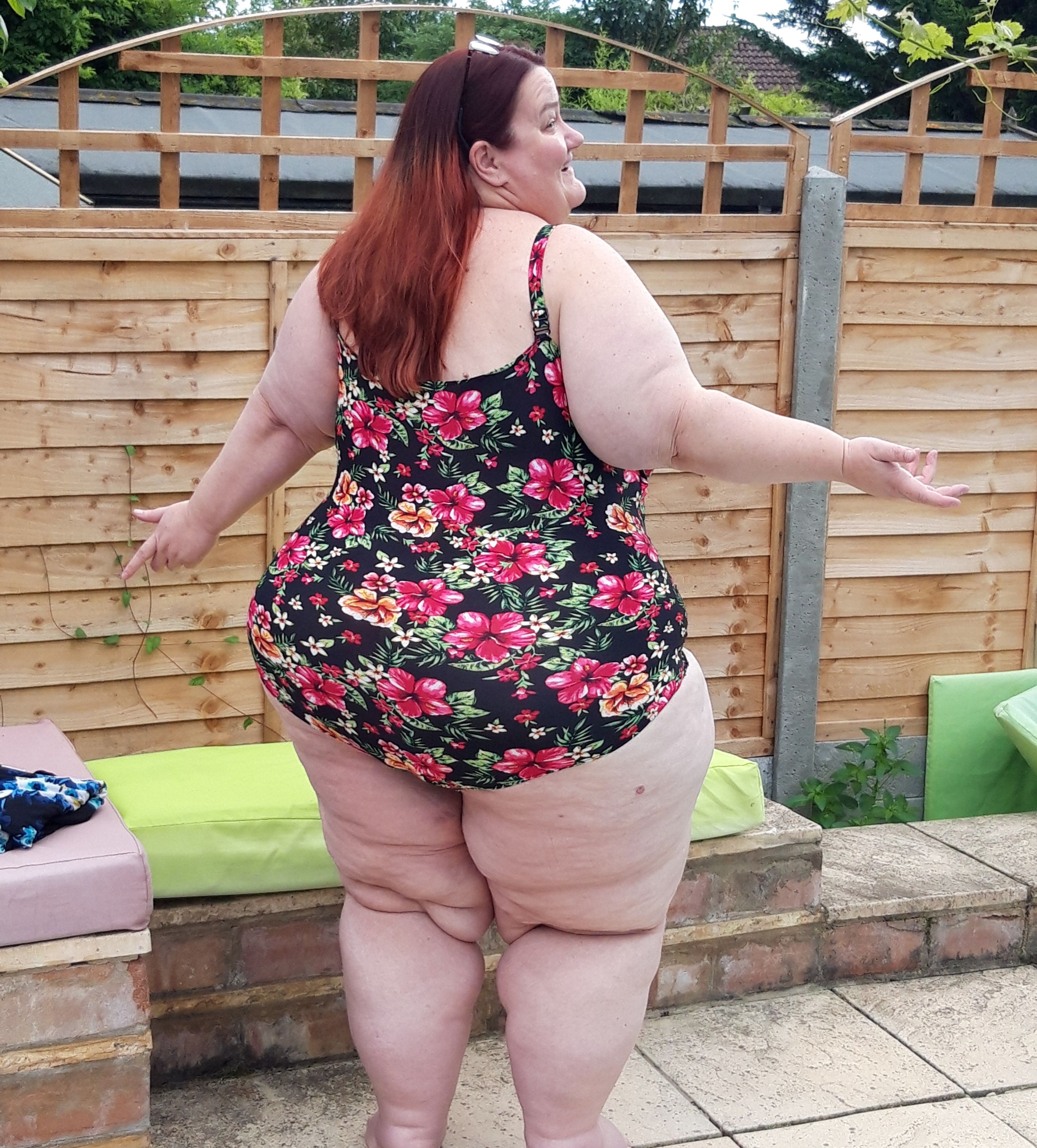 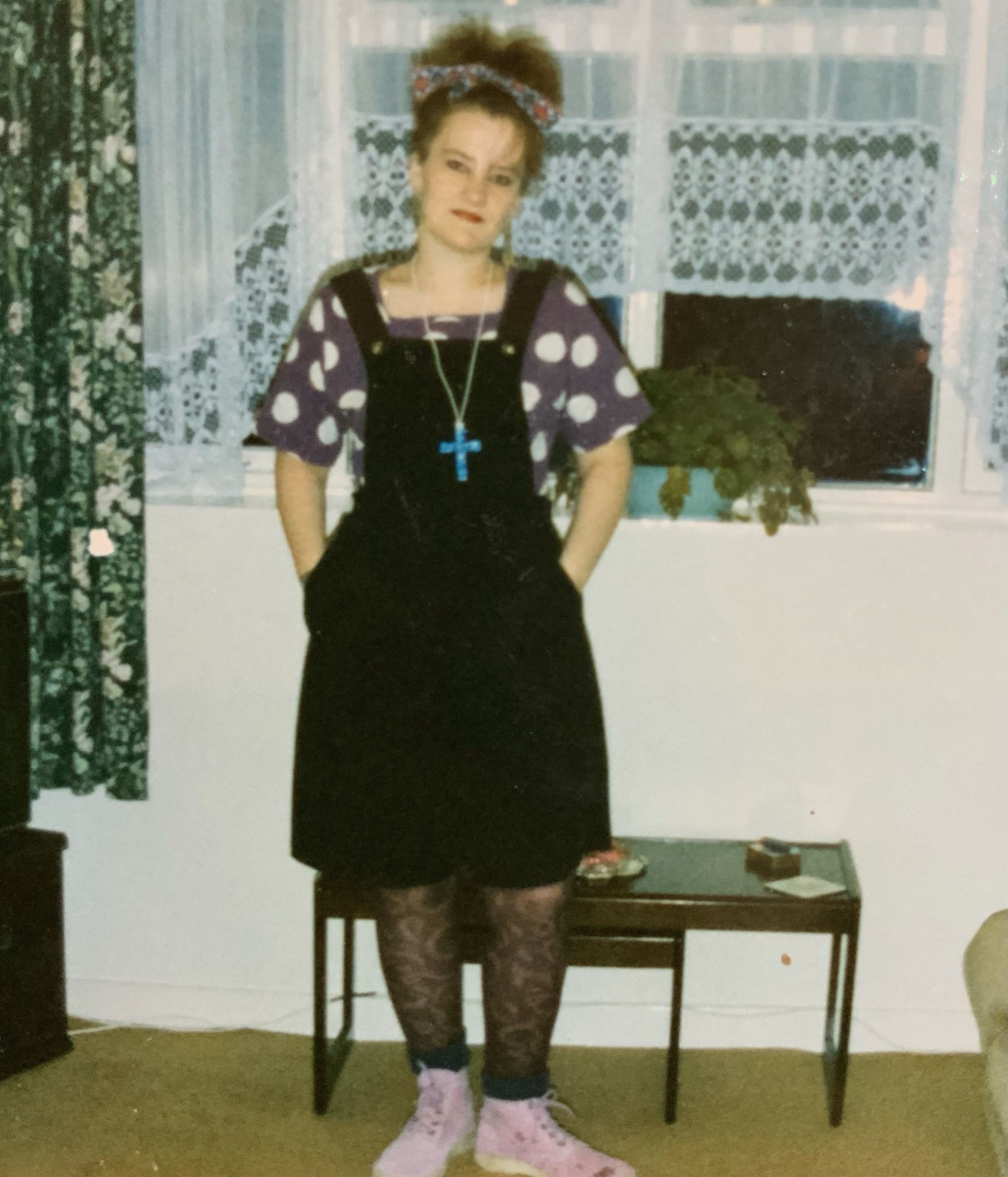 Now 50, Nicky has been diagnosed with lipoedema – a problem in the lymphatic system which results in an abnormal build-up of fat in the legs and arms.

The nutritional therapist is a size 34-36 on her lower half and size 28 on the top and claims 'mortifying' comments like being told during a gynecological procedure that her legs are 'appallingly' large have left her wanting to be invisible.

Just two years ago, Nicky, from Andover in Hampshire, was diagnosed with stage three lipoedema and said it was 'so powerful' to finally be told by a medical professional that her weight wasn't her fault.

Now Nicky dedicates her Instagram to posting about lipoedema and even poses in bikinis – a 'million miles' out of her comfort zone – in a bid to end the social stigma around the condition.

She has been inundated with messages from people asking her for nude images, despite posting signs saying ‘no sexual content’.

Nicky said that fortunately, Instagram blocks a lot of the photos she receives from men.

She said: "I also get men asking me for sexually explicit content. People would just say 'can you turn around? [nude] Can you walk away from the camera? They just want to look at the body in that way.

"I replied the first couple of times and would say 'why would you think this is acceptable?' What makes you message somebody you don't know and say such personal things?' and always the same replies would come back 'I really love big women. I just love big women'.

"Unfortunately I think women with lipoedema need to be careful because there's a new trend of men posing as women asking for photos.

"I've had a number of messages from supposed women saying 'I'm just your shape. I'm struggling with this, can you show me your bottom? Can you show me your legs?' and then actually it's not hard to work out that it's not who they say they are. So that's quite a sinister aspect.”

Nicky said she uses Instagram as a tool to talk about the condition and to show other women her body who might be struggling with the same issue.

During her teenage years, Nicky started to gain weight and said it first started with her legs and bum. But now she says she also has lipoedema in her arms.

Lipoedema is an abnormal build-up of fat in your legs and sometimes arms and is more common in women.

It's caused by a problem with the lymphatic system (a network of vessels and glands that help fight infection and drain excess fluid from tissues).

How is it treated?

The main treatments are: eating healthily, doing more exercise and trying to maintain a healthy weight, wearing compression stockings or bandages to reduce pain and discomfort, and liposuction to get rid of the fat if your symptoms are particularly severe.

Nicky said: "I felt I wanted to be invisible throughout my childhood because you're a square peg in a round hole. You don't fit.

"I was bullied a lot in school physically as well as verbally. There was a particular group of girls that would make it their pastime to find me and give me a good beating.

"I never knew why but it was probably deemed because of my size that may have shown as a weakness. I can laugh about it now but at the time it was horrific. I was an easy target.

"I liked sports so I would put myself forward for teams. My PE teacher would always place me as a centre-forward in netball because you're in the middle and can run both ways and she always used to shout across the whole court 'I'm putting you there because you need more exercise because you're too fat'.

"Those things stay with you for life. It's like death by a thousand papercuts, that's what it's like living with lipoedema because all the little comments add up."

The condition is thought to affect 11 per cent of women, and Nicky now runs a support group for others in her situation.

This is not your fault, there is nothing you could have done about this, it's a disease

She recalls how she tried countless diets through her youth and tells how she was a member of a slimming club for 15 years.

Nicky said: "For 35 years I would be going to the doctor saying 'I cannot lose weight. Every diet you can think of I've tried and I can't lose weight, particularly on the bottom half of the body and on my legs'.

"Everyone that knows about lipoedema knows that it's non-responsive to diet or exercise, you can't lose lipoedema fat through any lifestyle choice.

"Diet and exercise can make it much much worse and somebody like me that spent a lifetime on strict diets has made their lipoedema worse.”

She said that a lot of ‘larger ladies’ she is in contact with are the ones who have dieted the hardest throughout their lives.

Nicky said she stopped going to the doctors as she was unable to get help from them as they would always recommend that she need to lose weight.

She added: "One day I was in a conversation on a women's group on social media and happened to post a picture of myself and that same day three strangers all messaged me independently saying 'I hope you don't mind, but I wanted to mention I think you have lipoedema'.”

She said that as soon as she read about the condition and the definition, she knew for sure that it was what she was suffering with.

Nicky said it takes a long time to be diagnosed as many GPs are unaware of the condition which can hide behind the guise of obesity.

On seeing a specialist Nicky said: "He [lipoedema specialist] squarely looked me in the face and very compassionately said 'this is not your fault, there is nothing you could have done about this, it's a disease'.

"And for women to hear that it's such a relief and I think they deserve to have that opportunity. It's pivotal to have the right to that.

"It [diagnosis] has clinial implications. But more than that, being told that it's not your fault is so so powerful.

Nicky has run training sessions for GPs on lipoedema and claims the bias that comes with having excess weight is 'challenging' as it gets in the way of impartial healthcare.

She said that doctors have constantly told her that she’s fat.

Nicky added: “One of the most traumatic experiences for me was when I was in the middle of a gynecological procedure and he chose that moment to start verbally ranting at me about my size.

"There was a junior doctor there, I was absolutely mortified and I could do nothing. I was in the most vulnerable of situations and he was telling me how appalling it was that my legs were so big.

"It's the first thing GPs see. You could go to the doctors about absolutely anything and the first thing they said to me 'never mind the vertigo, let's address how you're going to lose weight'."

She said simple things like having a shower make you feel as though you have ‘run a marathon’ and added that people with lipoedema have to live with the condition and the social stigma of being overweight.

Nicky said: "I've had photos taken of me on mobile phones and I feel like the Pied Piper of lipoedema because people follow me to laugh.

"Even people that don't say anything you know they're looking and thinking 'goodness, how is that woman going to sit on that chair?' or 'look at what that woman's putting in her shopping basket, she shouldn't be eating that'.

"I've had obscenities sworn at me, shouted across shops or streets, usually when I'm on my own but it has happened sometimes with my husband."

Nicky said it’s ironic as these comments ‘make you feel small which is the last thing you are’.

Despite describing herself as an ‘underconfident person’, Nicky wants to raise awareness and help other women. Nicky said: "People are just withdrawing from society more and more.

"It's so hard but my personal opinion is, if we don't see these people then we have to be those people first. You're going to have to be the one to stick your head above the parapet and take those verbal blows, just so other people see someone like you out there and then hopefully that change can happen a little bit more.

"If I want to see change, and I desperately want to, then I have to do my bit and it's hard, challenging and takes you out of your comfort zone by a million miles but it's so important that it drives you forward.

"Everybody needs to realise this isn't a lifestyle choice. It's not due to how hard we do or do not diet or exercise, it's not about the food choices we make. It's a genetic, chronic and debilitating disease." 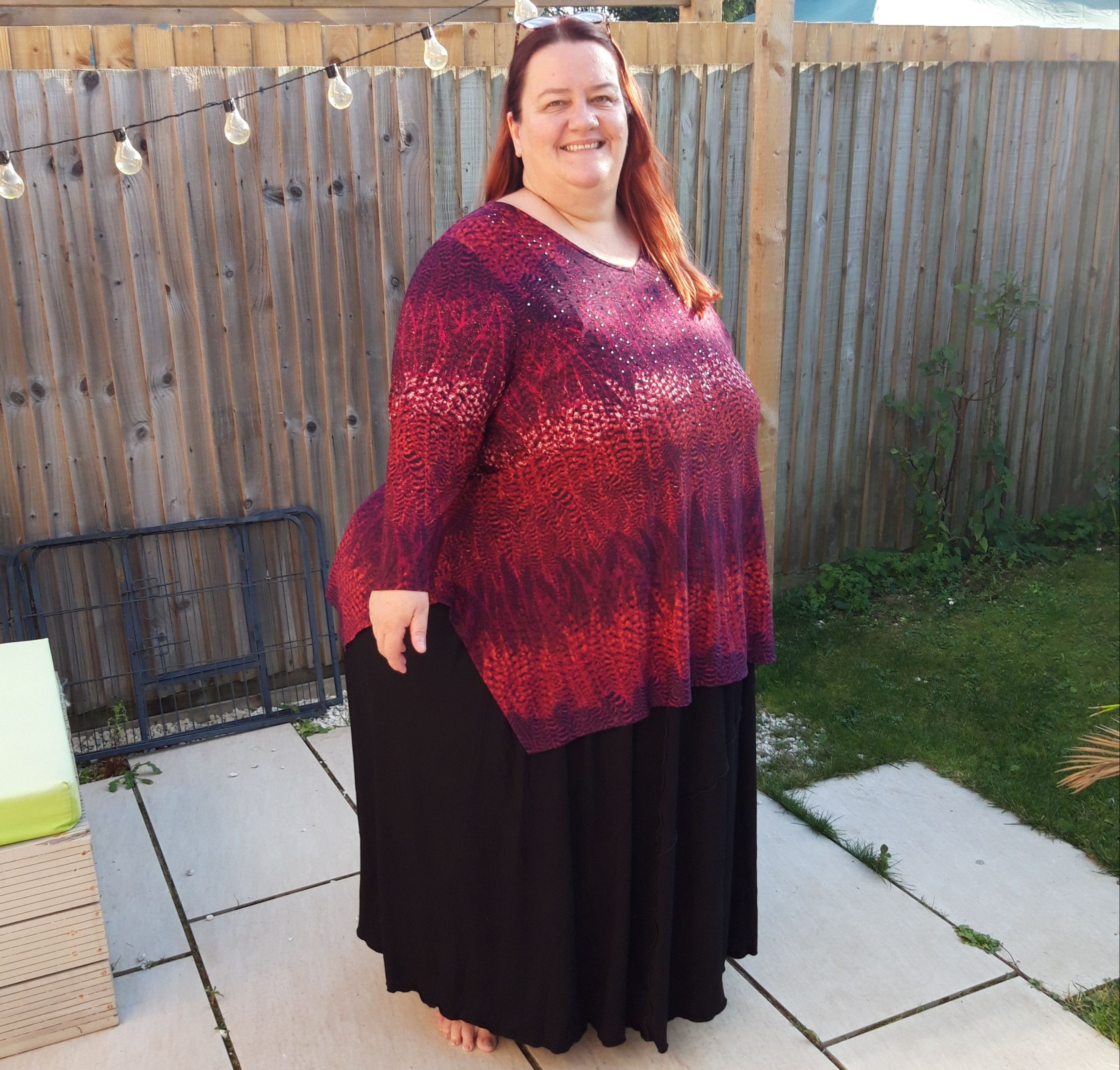 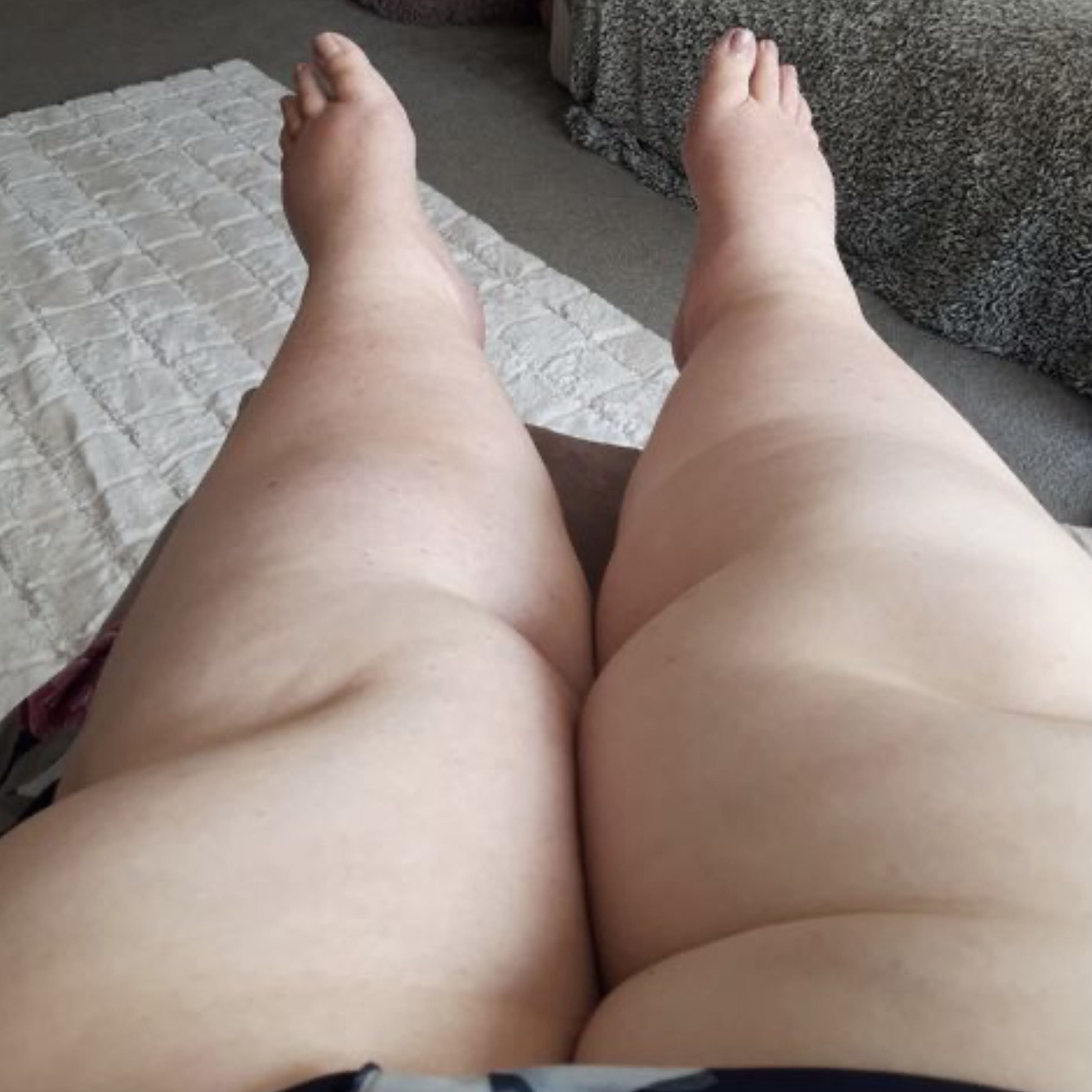 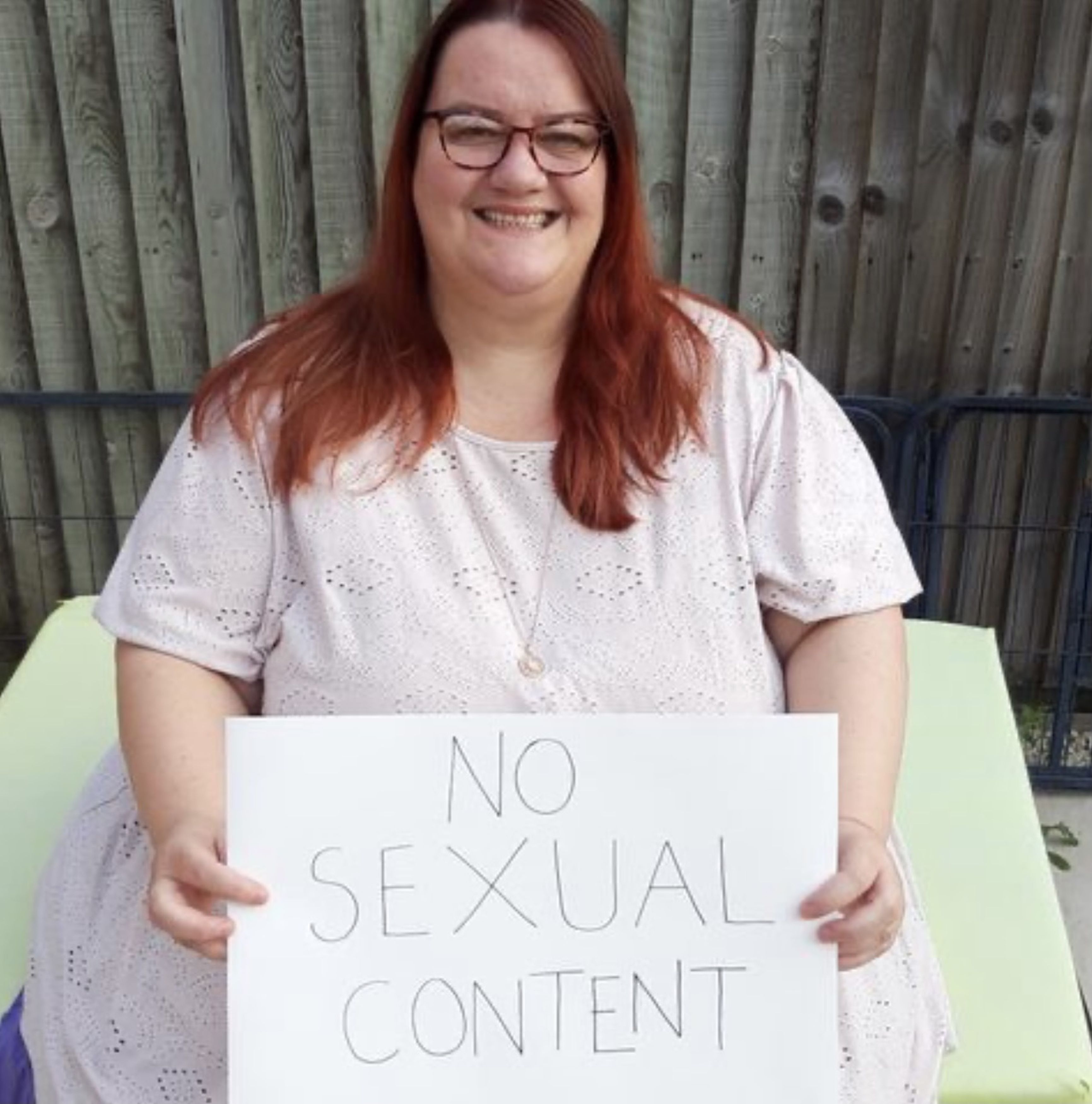