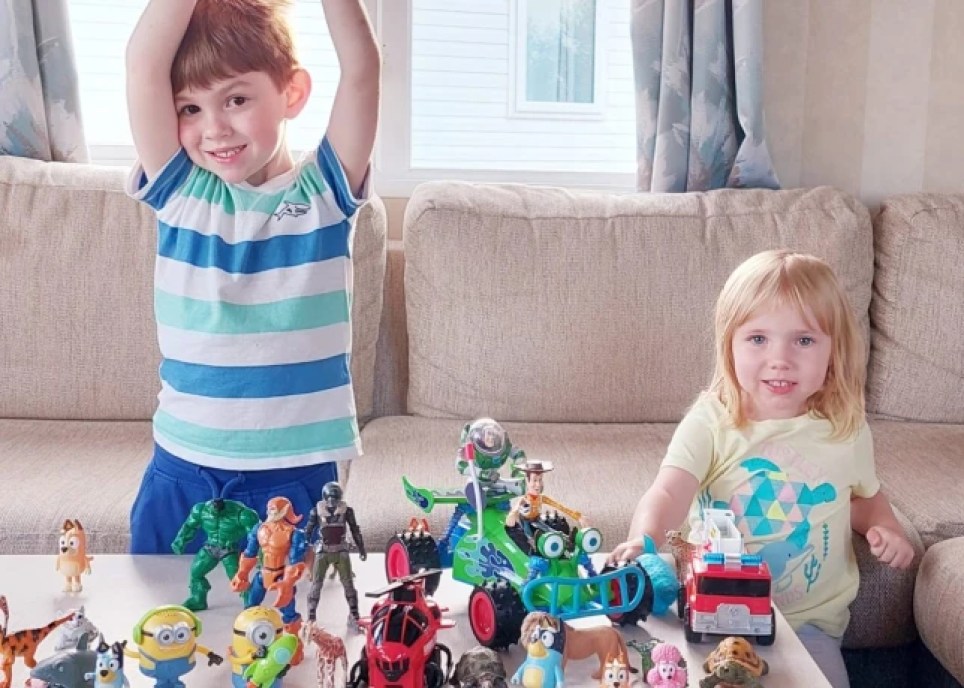 With their multi-millions, private planes and lavish houses, feeling sorry for one of the Kardashian klan wasn’t something I ever imagined myself doing.

But when Kylie opened up to her sister Kendall on a recent episode of The Kardashians saying that she cried for three weeks straight after she had her second baby, my heart instinctively went out to her.

Her words took me back to having Immy, my second child, and just how much I struggled.

During the excitement of my second pregnancy, I’d thought, naively as it turned out, that having had a baby before, this time round it was bound to be easier. I knew what to expect, knowledge is power, etc, etc. Plus, from my hazy memories of the newborn stage, I recalled all babies did was sleep.

Back in those days, when Theo was approaching two, I laughed at how frazzled I’d been when he was a newborn, how terrified I’d been to even go into the shower while he was asleep in his Moses basket in case he woke up while I was washing my hair. Yet I’d invariably find him still sleeping when I jumped out two and a half minutes later.

It was the toddler stage, when they were beginning to walk and talk, that things became tougher, I’d learnt.

Plus, Theo was going to nursery three days a week. I planned to drop him off later and pick him earlier; but still, for most of the day, for the most of the week, when my husband Tom was at work, it would just be me and Immy. It would be easy peasy.

Because, as I quickly found out, double the babies meant double the work – although it sometimes felt like quadruple the work. Two nappies to change, two mouths to feed and two babies to care for.

Although Immy did sleep a lot (during the day, not so much at night), she also drank a lot. And between nursing, cuddling and comforting her, Theo got antsy at the fact that he no longer had my full attention.

‘Just give me a minute, baby,’ I found myself pleading with him on repeat as he asked me to do a puzzle with him or read him a story, while I had Immy in my arms. He’d stamp his foot or burst into tears and the mum guilt hit me hard.

Yet, while staying in was difficult, going out was far, far harder. Just getting out of the door seemed like a Herculean task. After making sure everyone (me included) was fed and clean, having packed a change bag that felt more like a suitcase, getting the buggy up, the baby sling on, everyone would be in tears (again, me included).

Even before we left the house, usually 20 minutes later than planned, I’d be a hot, sweaty mess.

It wasn’t so bad in a baby class, where we sang songs, Theo could dance and play and I’d cuddle Immy. But I’d dread going out for lunch afterwards with my two mum friends – both of whom had just one child each.

Don’t get me wrong, it was better than going home at 11.30am, and on the rare occasion it went well, I loved it. But often, Theo would start to dance around in the café or need his nappy changed, just as I started to feed Immy.

Looking back, it probably wasn’t the big deal I felt it was at the time. The places we went to were family-friendly and always quiet, as it was during the week. But I just felt so out of control and helpless, with one baby feeding on my knee and the other, just tauntingly out of arms’ reach.

Back at home, I’d find myself watching the clock from 4pm. ‘Tom will be leaving work in half an hour,’ I’d think, as I allowed myself to put on The Gruffalo or Stickman and let Theo gaze unblinkingly at the television. ‘He’ll be getting on the train now.’

I lived for the days when Theo went to nursery. Gone were my thoughts of dropping him off later, we’d be at the nursery door at 8.30am sharp, so I could relieve myself of my burden of two as quickly as possible.

‘Do you find it difficult?’ I’d ask other mum-of-twos at baby groups, desperate to find someone who was struggling just as much as me. Of course some mums agreed and we could chat for hours about the different daily challenges we faced, exchanging knowing nods at one another’s horror stories.

But others would shake their heads serenely. ‘I found it harder going from none to one,’ they’d say with a straight face. ‘Having a second hasn’t changed things.’ I’d stare at them agog, as they took a sip of tea and smiled at me.

It took me four months to finally find my feet, to get into the swing of things. That’s when I learnt to slip Immy into the sling with ease, put the buggy up with one hand and sometimes, even arrive places on time. I felt, if not calm about leaving the house, at least in a lower stage of panic.

I’m sure – or at least, I hope – now Kylie’s second baby is eight months old, the initial fear and panic and newness of having two babies has calmed down and she’s enjoying all the wonderful parts of having siblings.

Now Theo and Immy are five and three, they’re best mates who play together constantly. My favourite thing in the world is hearing them talking together, having their funny, serious conversations. ‘Immy, this is the planet we live on,’ I heard him tell her just tonight, pointing to his book on space. ‘And we can’t leave it because the sky is too high.’ ‘Oh, really?’ Immy replied, looking intently at him.

She misses Theo now he’s at school on a Friday, our traditional day off together, and, every day, he comes home with a new ‘robot’ (read sloppily painted cereal box) that he has made her. It’s the most special relationship I’ve ever witnessed.

‘I love being a big brother, Mammy,’ he told me the other day. ‘Will you have another baby?’