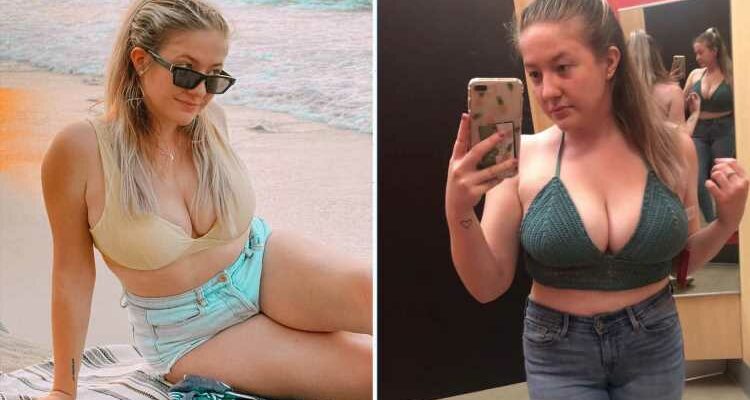 A SINGER was shocked when her boobs grew back just  seven months after spending thousands on getting them reduced. 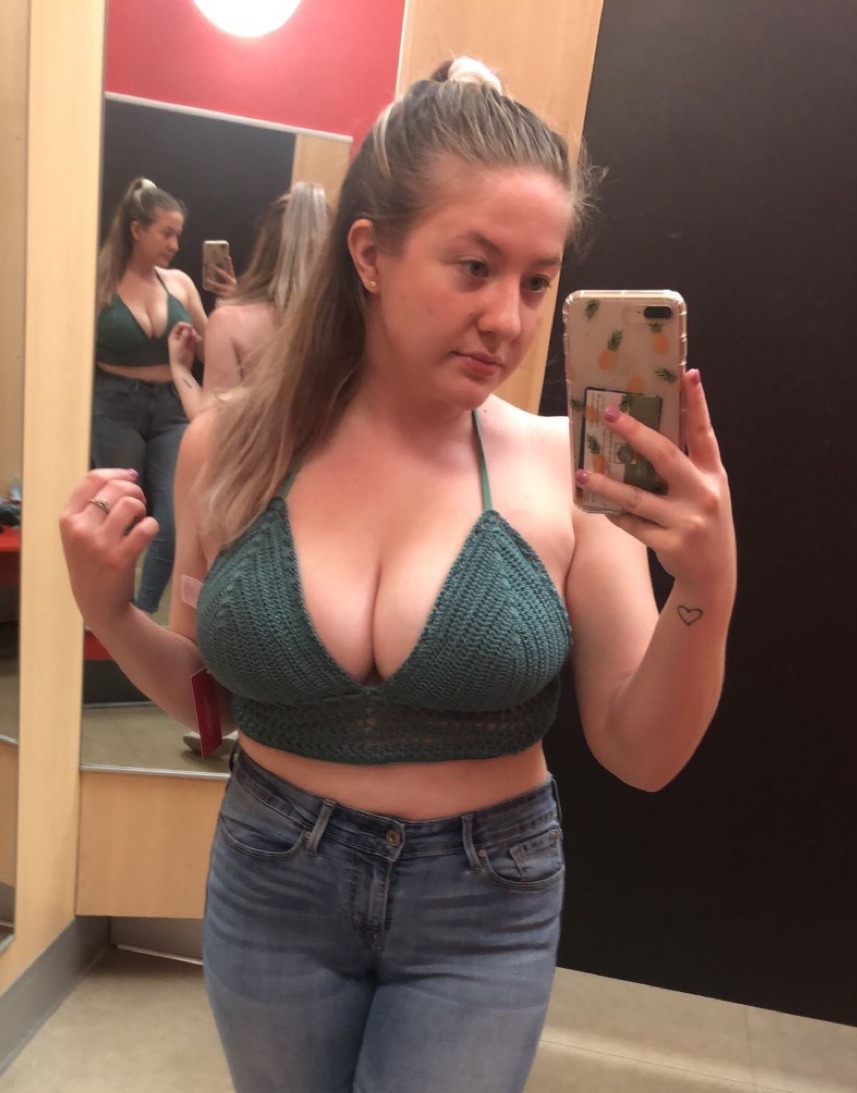 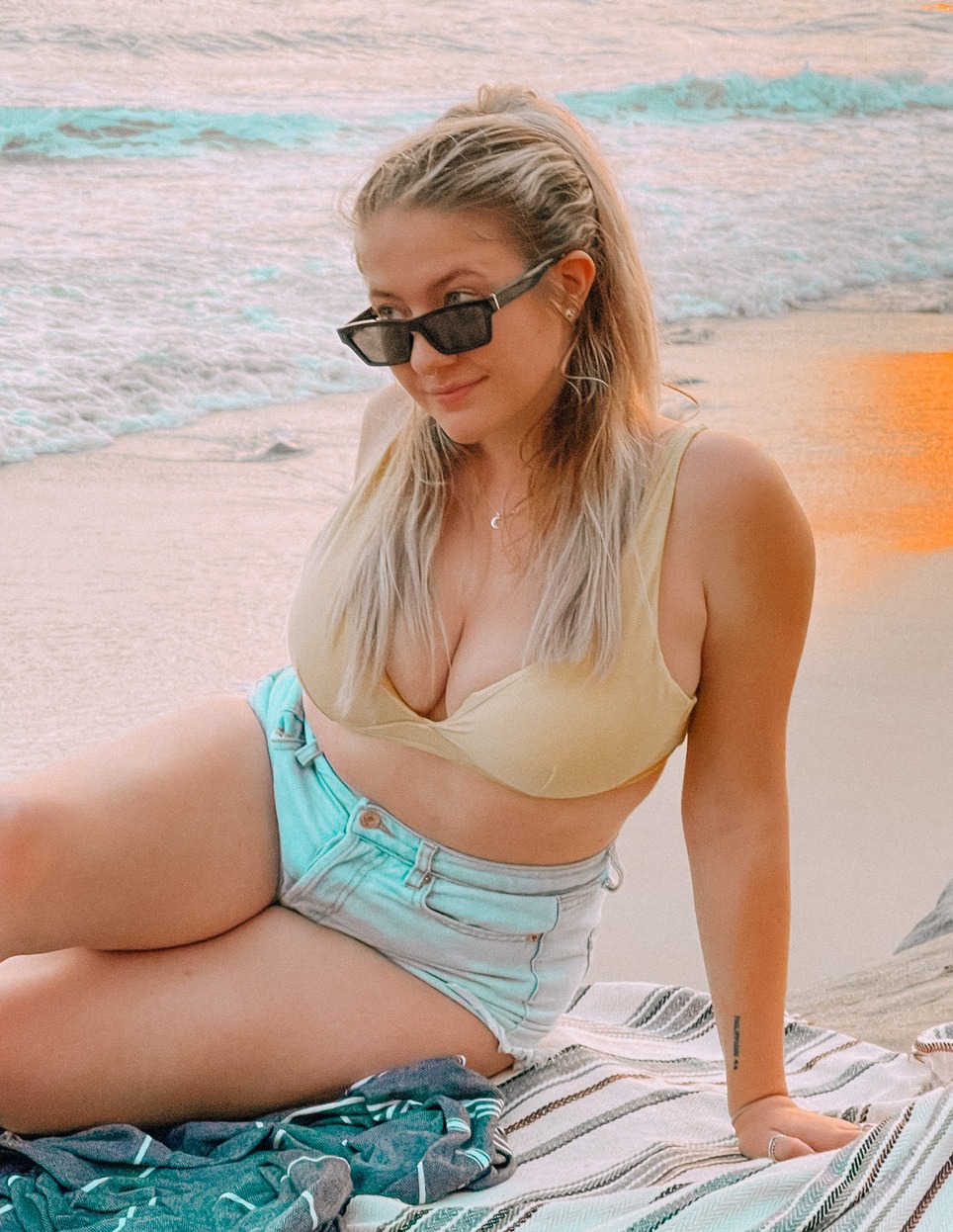 After years of struggling with back pain, people staring at her chest and clothes not fitting properly, she was excited to go down to a C cup.

But within three months of the operation, in July 2019, she started splitting the seams of clothes.

Nine months after the op, Bethanie was back to almost the same size she was before.

The stage performer said: “It was as frustrating as it was heartbreaking honestly – I was so happy after surgery with how they looked.

“After having gone through so much pain, feeling like it was all for nothing was really difficult to come to terms with.”

In her early teens, Bethanie's chest grew quickly and by 14 it was clear she was going to have large breasts.

She said: “I was always a little embarrassed of their size.

"People commented constantly and it felt like that was all people saw about me and all anyone associated me with was having a big chest.”

Her US size DDD (UK size E) breasts also had an impact on her work – dancing and singing on stage.

She said: “They were just always so heavy and in the way, and I honestly felt like I looked stupid with them when I danced.

“I also couldn’t wear lots of clothes that I wanted to because they wouldn’t fit my chest.”

Bethanie said she felt she was missing out on clothes because “fashion caters to people with flatter chests”, and struggled to find bras that fit properly due to inconsistent sizing between shops.

By her early 20s, Bethanie had the financial support of her parents to get a reduction at Cool Springs Plastic Surgery.

She said: “The doctors were so wonderful and I love them all. They made me feel very safe and taken care of.”

After the procedure, Bethanie was over the moon with her new 34C (UK and US) sized breasts, despite them feeling like agony. 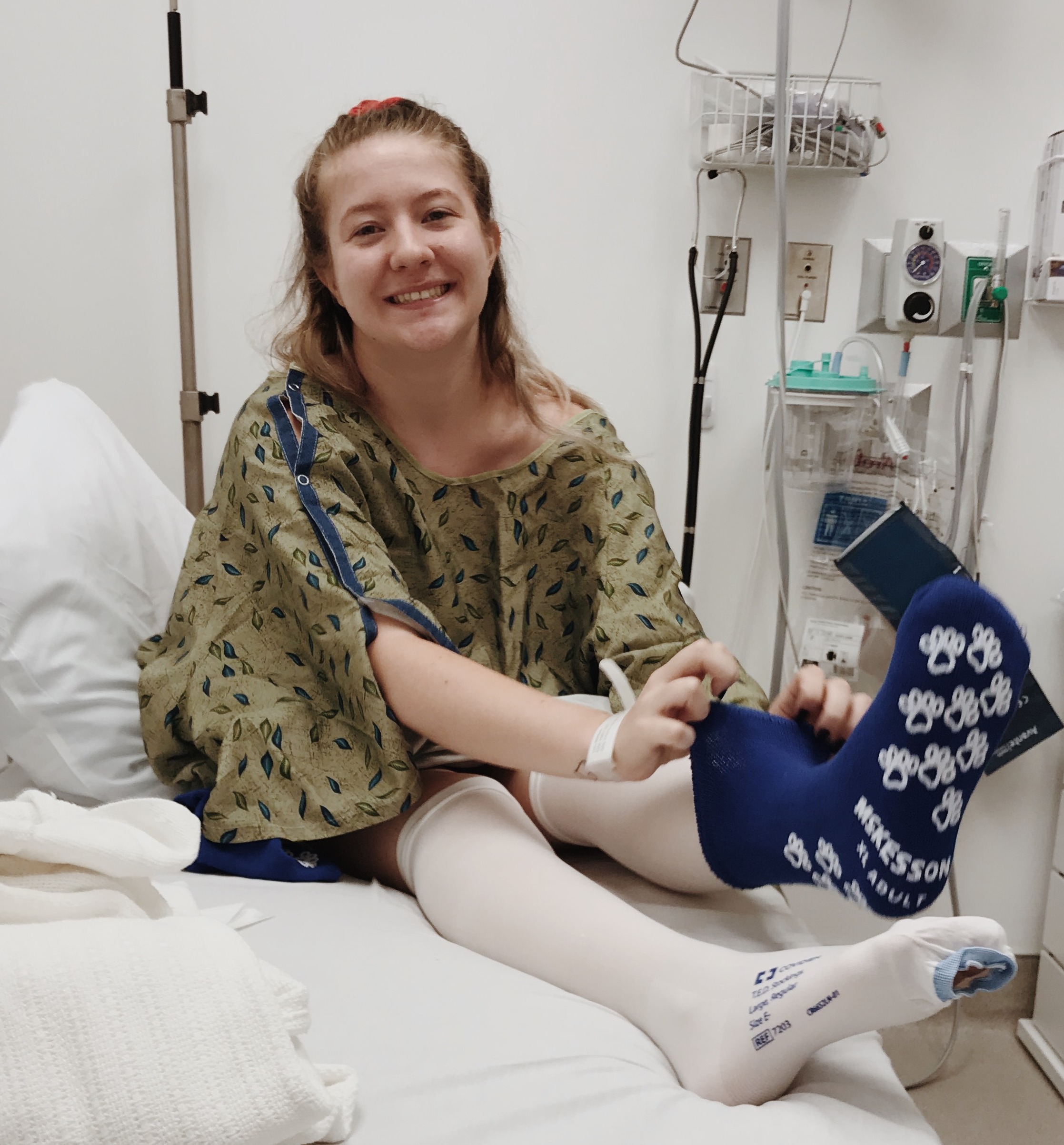 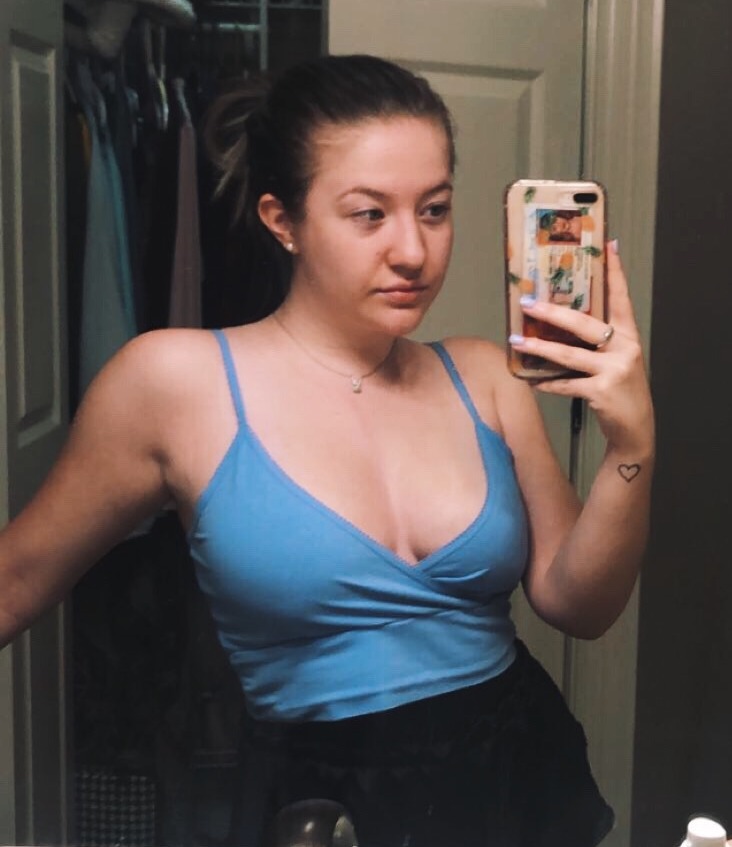 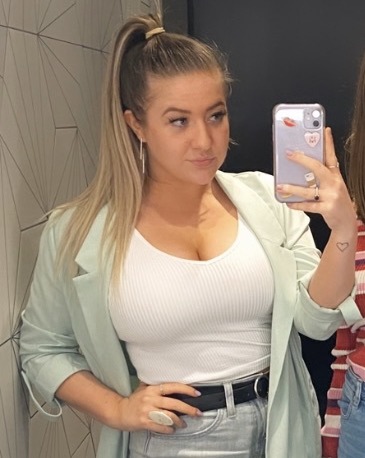 She said: “Most people don’t seem to have as bad of an experience as I did after surgery.

“My surgeon told me I must be much more physically sensitive than most people.

“They had to give me extra medication just to be able to walk, sit down, and stand up.

"I would literally cry every time I had to get up off the couch for the first week because I was in so much pain. It felt like my skin was ripping apart.”

Eventually, Bethanie was back to working in productions again and it was on set of The Wedding Singer that she realised the reduction may not be permanent.

She said: “I noticed it in October of 2019 – three months after my surgery.

“I was working as a dancer and the seams of my dress busted open when we tried to zip it right where my chest was.

“For a couple weeks before that, I could feel it getting tighter in the chest.

“As months went by, they just got bigger and bigger until, after roughly nine months, they were pretty much back to the size they were before… maybe a cup size smaller.” 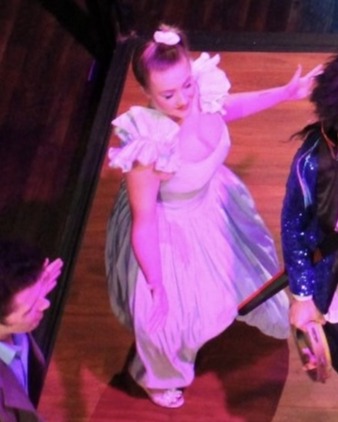 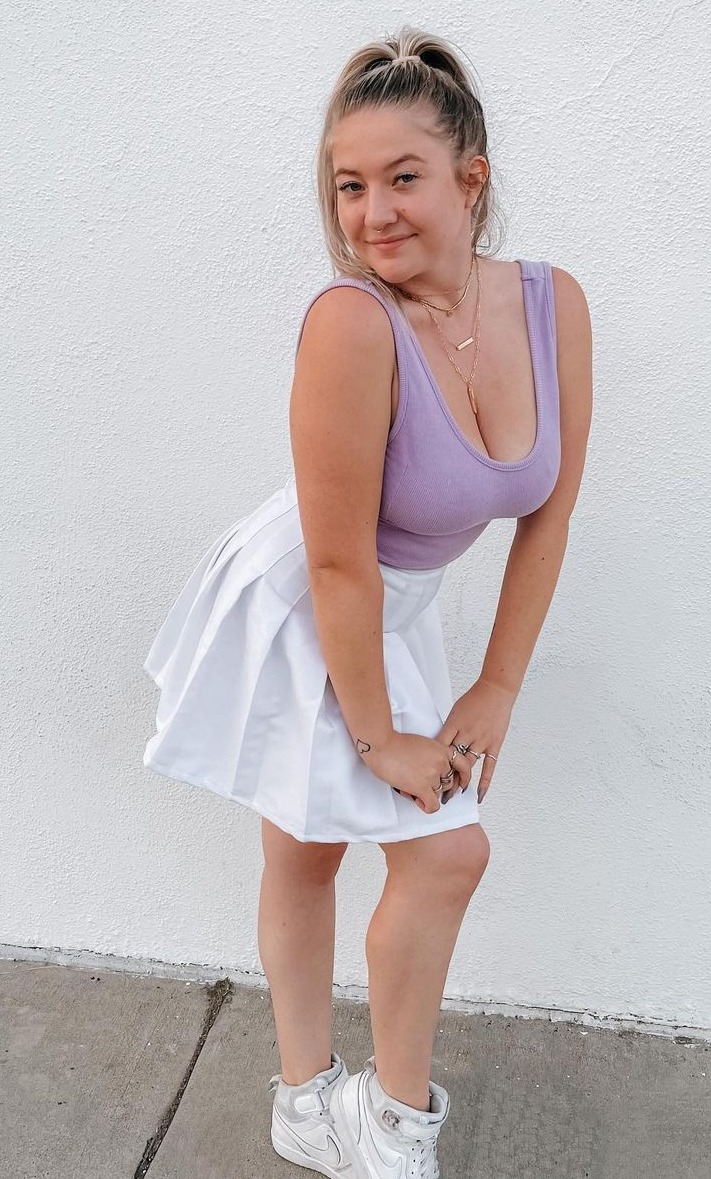 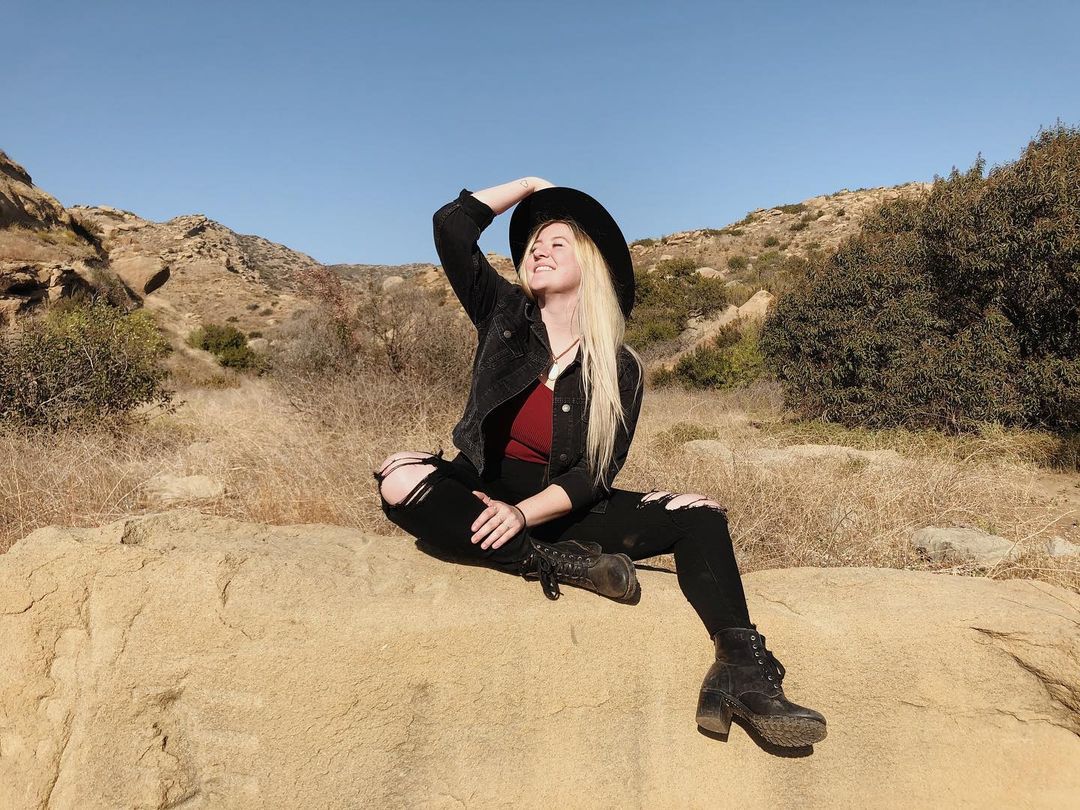 Bethanie said she was told the risks of the surgery, including they could in rare occasions grow back – which she “never thought would actually happen”.

She suspects her chest grew back because she has an underactive thyroid (hypothyroidism), for which she takes medication for.

The thyroid gland produces hormones that have an effect all over the body, including on weight, metabolism, and the reproductive system

As well as this, the breast reduction procedure removes a portion of glandular tissue, but the remaining part can enlarge after surgery due to pregnancy, breastfeeding, medications or other hormonal changes.

"This condition [hypothyroidism] really messes with my hormones, so it’s very possible that they grew back because of my thyroid,” Bethanie said.

“My genetics very well could have played a part in it too because I have family on both my mom and dad’s side that naturally have large chests, so my body may have just thought it was doing what it was supposed to do by growing them back.”

Two years on from her surgery, Bethanie says she has learned how to accept her body the way it is, and is not as embarrassed of her boobs as she used to.

“They do still inhibit me from wearing certain clothes and they do hurt my back again, but not nearly as badly though now that I don’t wear bras,” she said.

However, it did cause her to reconsider how much dancing she was doing.

She said: “I decided to focus on singing now more than dancing because they grew back and, honestly, that may be the one good thing that has come from this process.

“From what I was told, I would have to wait a long time before I could get another one [reduction] for safety/health reasons.

“I honestly don’t know if I could go through it all again though. If I decide to have kids in the future, I definitely think I would get another one when I’m done having kids.”