A 9-year-old girl who almost gave up on recess because it took too long to bundle up has joined her mom in helping other kids around the world.

Zoey Harrison loves playing outside with her friends, but was running into some trouble when it came to keeping warm while sitting in her wheelchair.

“She’s sassy she has no filter,” mom Jennifer Harrison of Ithaca, Michigan, told “Good Morning America.” “She would come home and she’d say, ‘My blanket fell off in recess and it got caught in my wheel.’ and ‘By the time I’m done getting ready, I get outside and the bell rings.'”

Harrison, a mom of 11, said she adopted her daughter Zoey when she was a 1-year-old. Zoey has cerebral palsy and uses a wheelchair to get around. 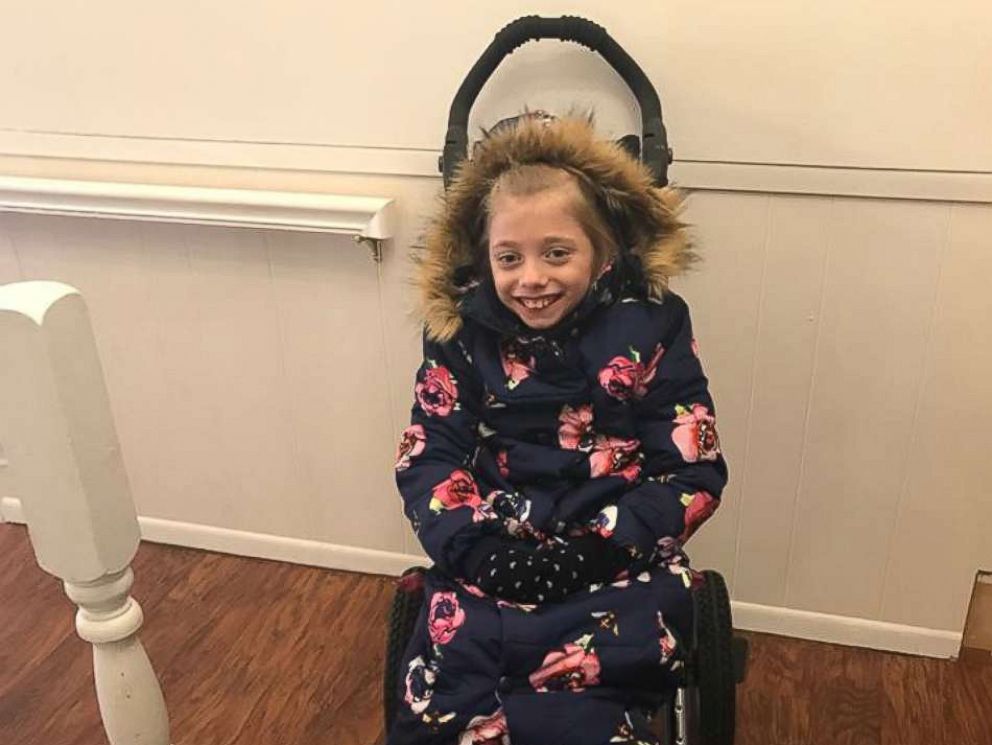 “Zoey brought a lot of joy to our family,” Harrison said. “She’s got the most amazing sense of humor in the world. She loves to read joke books, and [loves] playing jokes on people.

Harrison went on, “She loves to go out and do things and that’s what’s great about the Bodycoat.”

In winter of 2017, Zoey asked her mom to make something that didn’t take long to put on so she could play outside at recess.

Harrison went shopping and purchased two purple coats, to which she made specific modifications. 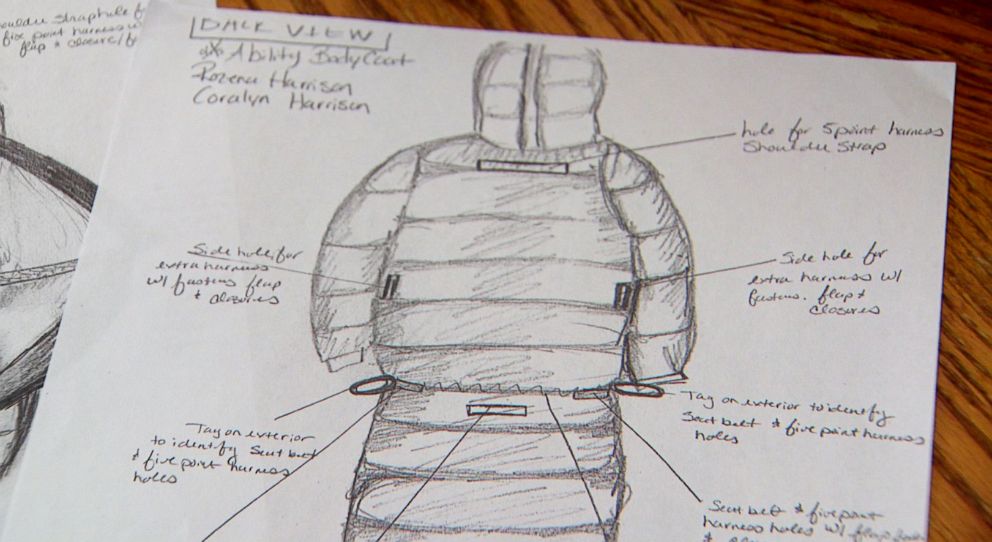 The creation was later named the “Bodycoat.”

Harrison then created a demonstration video for Zoey’s teacher — to show the teacher how to put Zoey in her Bodycoat. The video was viewed 11 million times.

Harrison said she’s received hundreds of thousands of requests for a Bodycoat. Her husband, John Harrison, contacted the Central Michigan University Research Corporation (CMURC), a business accelerator program. From there, the Harrisons were put in touch with a patent lawyer.

The patent-pending Bodycoat, priced from $115 to $185, is sold on the Harrison family’s company website. The name of their business is “X-Ability.” The “dis” in the word disability is crossed out. 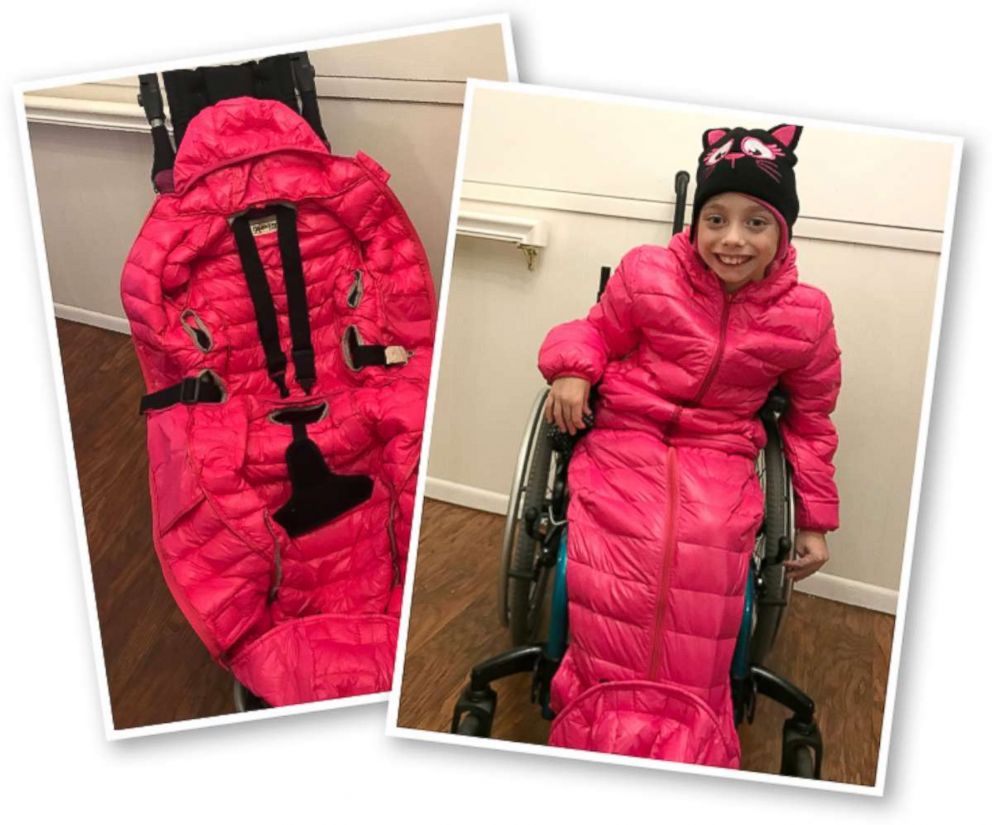 “See my ability — not my disability,” Zoey told ABC affiliate WZZM adding, “I saved recess for myself and a million other people.”

X-Ability is currently running low on inventory, but are stocking as fast as they can and are turning all profits into more Bodycoats, Harrison said. There is also a place on their website where customers can donate to kids whose families cannot afford the Bodycoat. 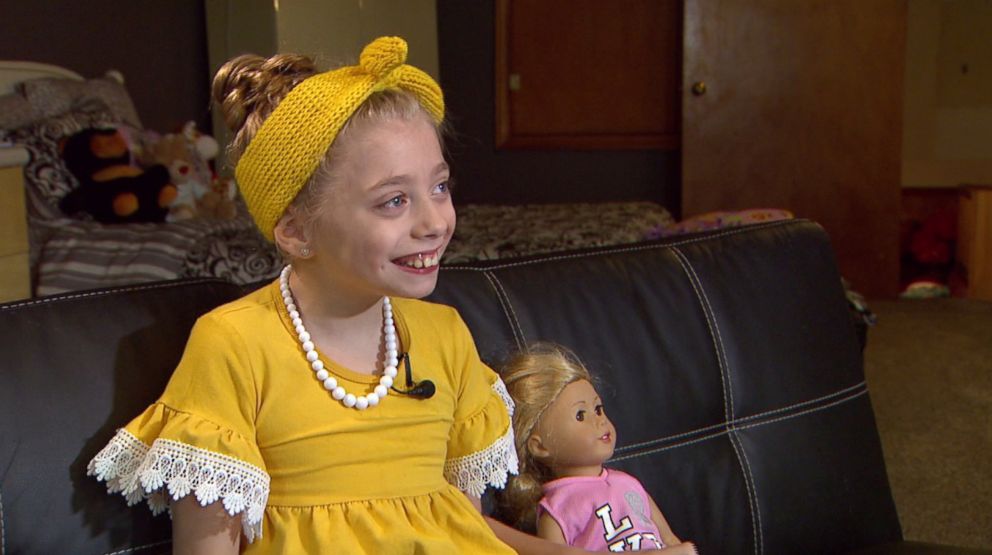 “When I did this, I purely did it to help her,” Harrison said of her daughter. “If I was a millionaire, I’d make them and give them away. We are at the point where we want to find an investor.”

“I think the best part is getting a picture of a smiling kid,” Harrison added. “Words cannot express how much joy it’s brought me that something I made has brought so much ease to a parent, because I know how easy it is and how convenient it is to have.” 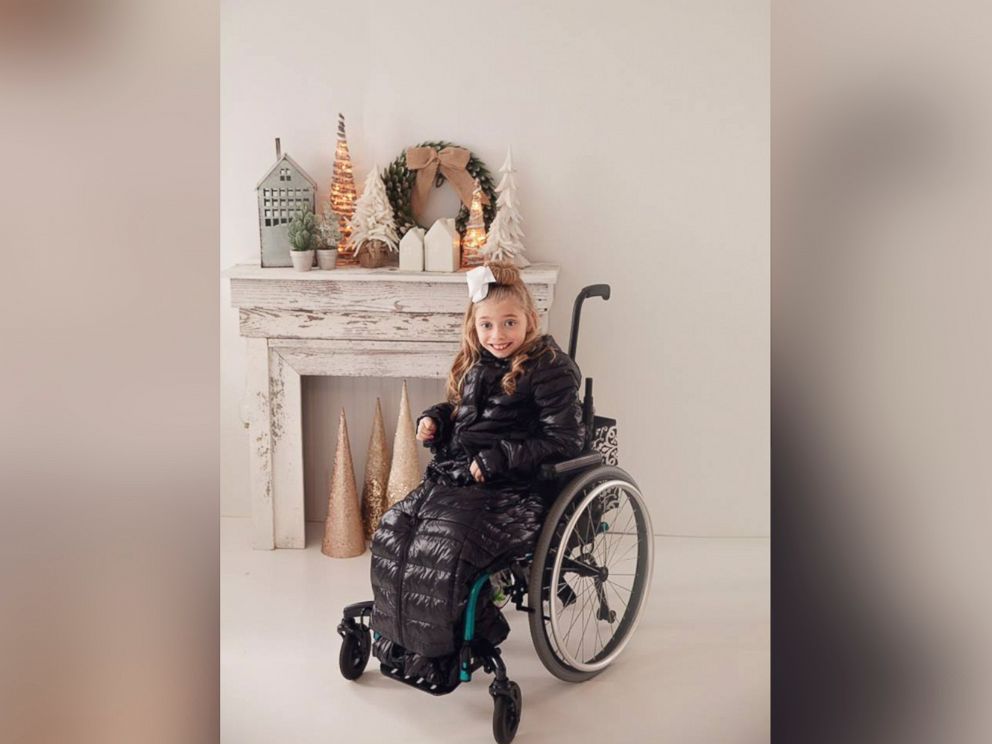