Sandy Fawkes landed in Atlanta on the night of November 7, 1974.

She had spent the day in Washington on a fruitless quest to interview former Vice President Spiro Agnew.

It was part of a one-month tryout with an American weekly newspaper that paid her extraordinarily well – far more than her usual newspaper could afford thanks to the country’s current economic crisis.

Sandy had no plans for the evening and was nervous at the prospect of drinking alone in the South.

Atlanta wasn’t London, where the pubs in Soho were so familiar to her they functioned as a second home.

As she wrote a few years later, "years of pulling in pubs and clubs had taught her that, despite being a bit broad in the beam and not exactly a raving beauty, she had a magnetism that drew men as if to a pile of iron filings".

Sandy was single, in her mid-forties.

She could travel, pursue flings with younger men — early to mid-twenties was the ideal range — drink heavily without a hangover and keep her primary focus on her work.

Sandy wasn’t alone at the Holiday Inn bar long. A young man she’d eyed earlier with some disdain for wearing a flowery tie to match his shirt walked towards her.

She’d been thrown by his advance, but seeing the rejection cross his face, she blurted out: "I have only just arrived in town and haven’t had a drink all day….I have to go to work. I am a journalist, you see."

He replied: "Will you be gone long? Will you come back? Are you staying here?"

She came back, and the redheaded six-footer with "a classically handsome face topped by hair the colour of scotch and water" that complimented her own flaming red hair, was still in the bar when she returned.

This time, she accepted his invitation to dance. He told her he was on his way to Miami.

“You should let me drive you there,” said the man. “It only takes a day and you could see something of the country.”

Sandy mulled over his suggestion.

How else would she see America as it was, not the America constrained by tight deadlines and formal interviews? Plus, he seemed to be an experienced traveler.

She decided to accept, on one condition. “I’m not going to bed with you. Oh, I know you haven’t asked, but it sure ain’t difficult to read your thoughts!”

Besides, Sandy continued: “I don’t know anything about you, you could easily be another Boston Strangler for all I know!”

Both burst out laughing. Within hours, Sandy would take the younger man to bed, though the experience would prove underwhelming.

“So you’re not really another Boston Strangler after all,” she said, after. “What a disappointment.”

Days later, Sandy would learn how wrong she was, and what danger she’d been in the entire time.

An experienced reporter Sandy had found success as a fashion editor and when she grew restless with greater ambition, joined the Daily Mail and the Daily Express, where she moved into feature journalism.

She was a lone woman among throngs of men, and felt it was necessary to outdrink, outlast, and outwit them.

She was fun to be with.

And that was before what happened in America in November 1974.

Sandy wondered why she had agreed to the man’s offer of a ride to West Palm Beach. He was attractive and young, yes.

But the sex wasn’t all that great. His conversation revolved around recurring visions of a shortened life (“I haven’t got long to live…I am going to be killed. Soon. It might be in two days or in two months.

"I don’t know when, but within a year I shall be dead. I am going to be killed by someone" and of audio tapes secreted away in his lawyer’s vault.

Was any of it true, or was the man, who had finally given his name as Lester Daryl Golden, putting her on?

And why on earth was he determined that she write a book about him?

Meanwhile, people kept dying with alarming speed. 65-year-old Alice Curtis, choked to death in her own home in Jacksonville, Florida.

A teenage girl whose name wasn’t known for decades.

Marjorie Howie, 49, strangled with her nylon stocking, television set pilfered from her apartment. Women and girls, all dead between August 1 and 2, 1974.

The spree didn’t stop with those victims. Kathie Sue Pierce, strangled in her Musella, Georgia home on August 23 in front of her three-year-old son, who escaped harm.

William Bates, picked up at a roadside pub in Lima, Ohio on September 3, his nude body not discovered for another month.

By that time Emmett and Lois Johnson were found shot to death at an Ely, Nevada campsite on September 18; Charlynn Hicks, raped and strangled in Seguin, Texas; and Ann Dawson, a beautician missing from Birmingham, Alabama as of September 23.

Worse was still to come in October and November.

Karen Wine and her 16-year-old daughter, Dawn, both raped in their Marlborough, Connecticut home on October 16, both strangled with a nylon stocking.

Edward Hilliard and Debbie Griffin, choosing the wrong car to hitchhike with on November 2, with him ending up murdered, and her body never recovered.

Carswell Carr, befriended by his killer over drinks in Milledgeville, Georgia, only to be stabbed to death on November 6, after which his 15-year-old daughter, Mandy, died by strangulation.

Sandy knew none of this. Not until she spied the front page of the local paper that Daryl purchased on November 9, the day they finally left Atlanta.

A page devoted entirely to the recent spate of murders. But she wanted to get to Florida. She’d drunk too much the night before.

She didn’t much care about Daryl’s assertion that he had friends in Macon, about 70 miles from Milledgeville.

And she certainly didn’t recall saying to him in bed the night before that she didn’t think he was a “maxi-murderer at all, more your mini-murderer."

That fleeting look of irritation? No, this was a joke best left alone.

Once in West Palm Beach on November 10, Sandy did find Daryl useful.

He drove her to the local office of the paper she was trying out with.

He drove her to the house of Florida attorney general William Saxbe so she could conduct an interview, and waited in the car until she was finished.

But the next day, after a heart-stopping near-loss of materials, as well as a more pressing looming deadline, Sandy knew it was over.

The sex hadn’t been worth much to begin with, but now there was little point keeping on.

“I hate saying [the words] but I’m going back to London on Saturday and I have a lot of work to do and people to see before I go.”

But before they parted, she had to know – would Daryl tell her what was on the tapes?

“In that case I have to concentrate on my own business…but it’s been a marvellous week, Daryl, wonderful, truly like a holiday. However, life must take over again.”

Couldn’t they spend just one more night together, asked Daryl.

“No, darling. No.” Sandy was firm: “Goodbyes are horrible but they’re better over and done with.”

She kissed him on the mouth one last time, and felt “free to come and go and please herself again".

She spent that evening at a bar with some other American journalists, who teased her about ditching a clearly heartbroken Daryl.

When she arrived at the station, she thought perhaps Daryl had had an accident.

When Gabbard asked if she knew of a Susan MacKenzie, Sandy said she did, vaguely.

She was the wife of one of the journalists she’d gone out drinking with the prior night.

“Your friend attempted to rape her this morning.”

Sandy, stunned, blurted out a response she would regret for the rest of her life: “Good God…and he wasn’t even a good poke!”

After a beat of silence, she asked Gabbard to fill her in.

“Mrs. MacKenzie says that when he was driving her to the hairdresser’s this morning when he pulled the car off the road and asked her to make love to him.

"When she refused he pulled a gun on her.”

Susan managed to get out of the car, despite Daryl grabbing her by the hair, and called police from a nearby pay phone.

Despite being spotted by a squad car, Daryl had escaped, though police now knew the make and model of his car.

By the time he was arrested on November 21, after a shootout involving multiple officers from several law enforcement agencies, helicopters, and dogs, Daryl had killed two more people.

Florida Highway Patrol Trooper Charles Campbell, who’d failed in his own attempt at an arrest and ended up a hostage and James Meyer, kidnapped so that the man could swap a police car for a less obtrusive one.

By the time the killer and the abducted duo reached a remote, wooded area in Pulaski, Georgia, the hostages’ fate was clear: both were handcuffed to a tree and shot to death.

Over the next few days, Sandy learned the gruesome truth about her week-long lover -his real name was Paul John Knowles, and he was suspected in the deaths of at least 20 people.

“Exactly a week ago I had been in his arms,” wrote Sandy.

“How could I have made such a mistake? Then, like hot metal flooding my veins, came the memory of that first morning, the sense of evil in the room that had thrust me headlong to the door. Good God, I had known.”

Knowles was well-acquainted with Florida’s foster homes and reformatories, given up by his father after a juvenile conviction for petty crime. He married, young and briefly. 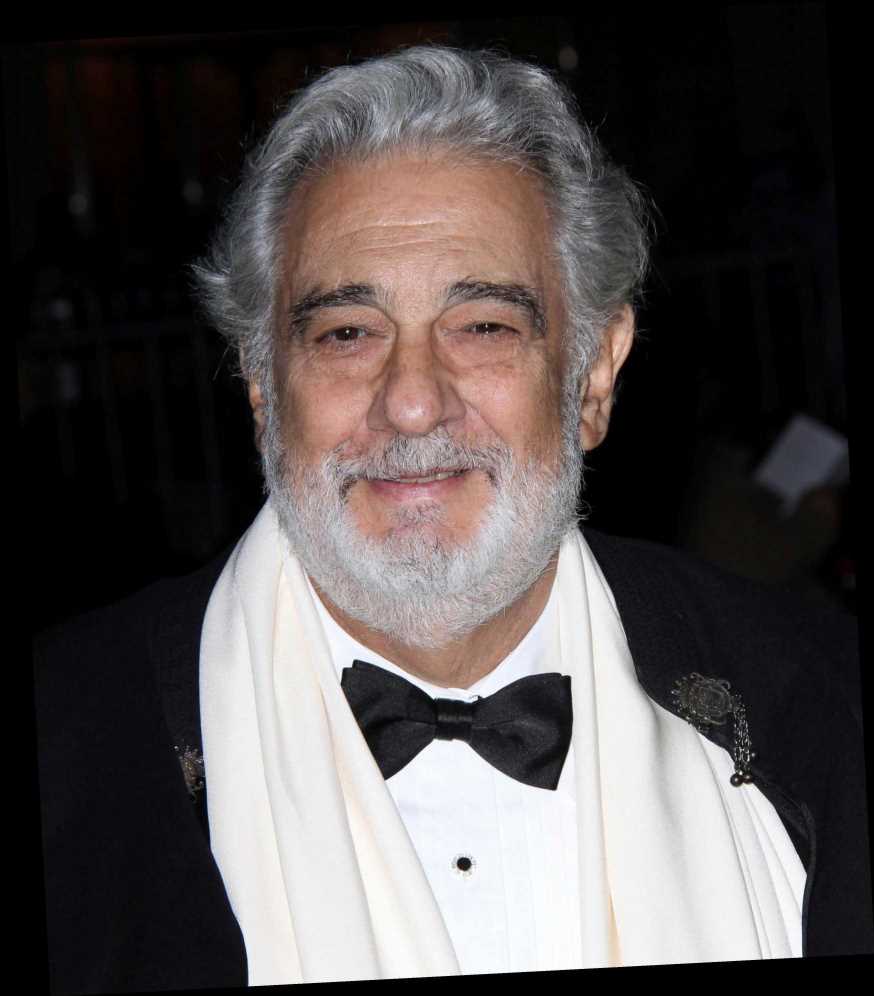