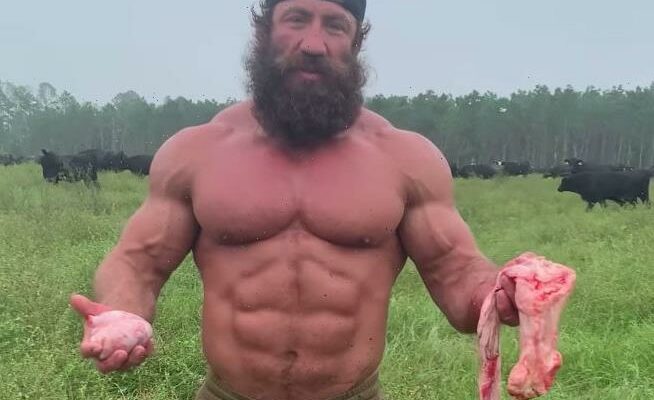 A MAN who swears by a caveman diet eats raw liver, testicles and bone marrow every day. 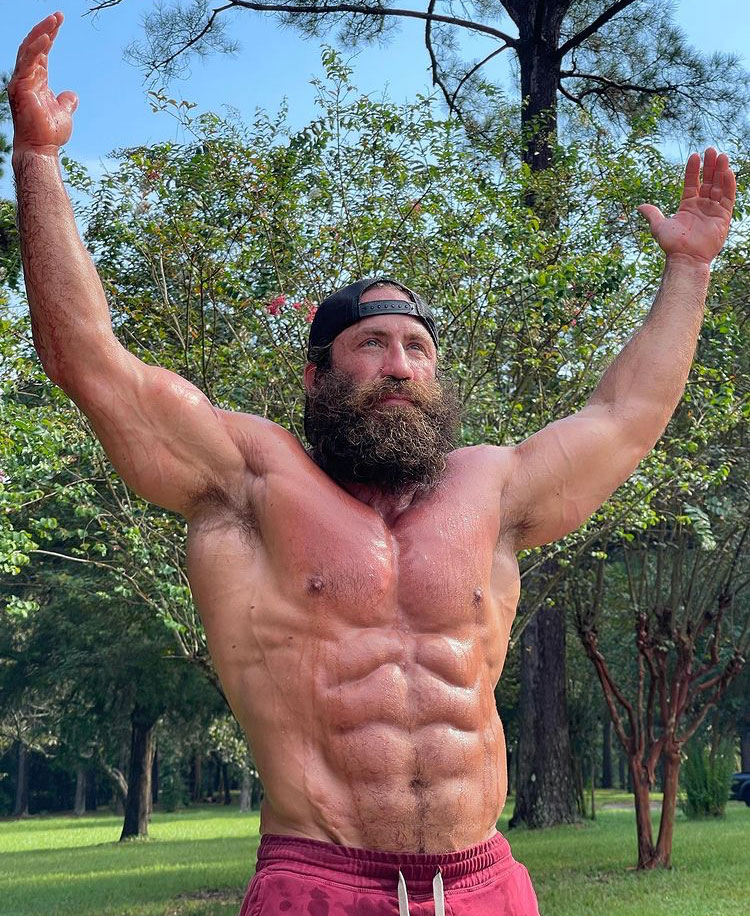 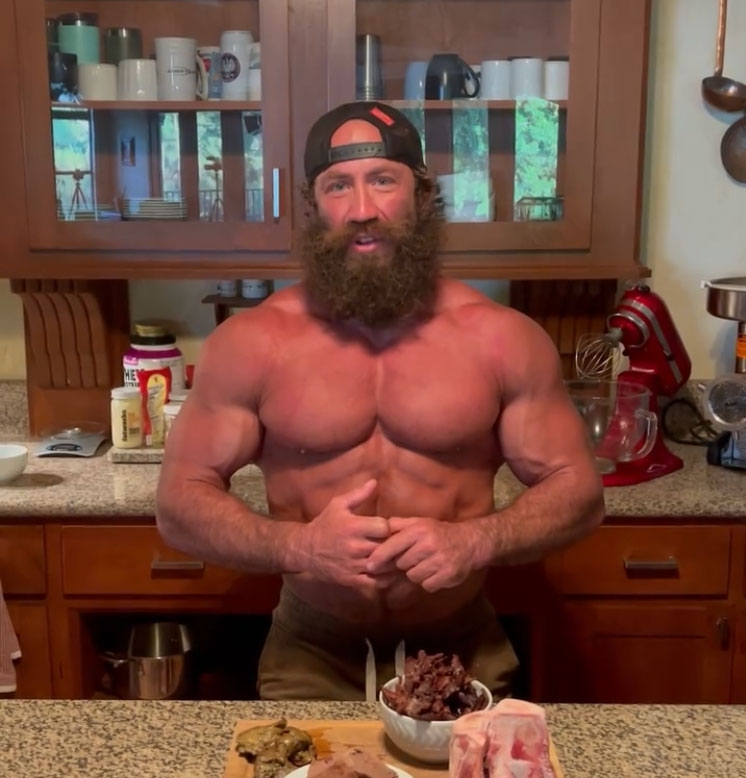 The stacked American has been living in the wilderness, eating raw meat and following a regimented "ancestral" lifestyle for 20 years.

He follows what he calls "9 Ancestral Tenets", which include strict rules on eating, exercise and sleeping.

His aim is to go back to the lifestyle we had centuries ago – living without modern day comforts and eating simply.

He regularly posts pictures and videos of himself tucking into raw meat and is a firm believer in using all parts of an animal for optimum health.

Brian, thought to be in his 40s, had a number of businesses and was living "the American dream", until his boys began to get ill.

He said: "The more my boys interacted with the modern world, the more severe and abundant their allergies became.

"Time outdoors led to hives. Even interaction with our family dogs sparked shortness of breath, puffy eyes and runny noses.

"The real wake-up call was when one of my sons stopped breathing. We were lucky. We made it to the hospital just in time.

"My wife and I were determined to confront the cause. Never to test our luck again. We did what all parents would do: we tried everything. And that’s where our journey began.

"First, we eliminated processed foods. We began to reintroduce the nutrition of our ancestors: seasonal fruits and vegetables, nose-to-tail animals including the most nutrient-dense part of all. The liver.

"Within just two weeks, we saw radical change in our boys’ wellbeing. Our own too. Two decades later, I eat a pound of liver every single day."

Specifically on eating testicle, he said: "Social norms are… well… just that. If you want more, you have to become more, so stretch yourself, leave the comfort of the cave, do something drastically different (for the betterment of you, and the betterment of humanity), and break new ground like a good evolutionary hunter does."

The NHS advises thoroughly cooking any meat you plan to eat, to avoid illness.

There are many risks associated with eating raw meat, such as Salmonella, Listeria and E.coli – all of these are destroyed when meat is cooked properly.

If you eat rotten meat then it's likely you will get food poisoning with symptoms including nausea, vomiting, and diarrhoea.

Earlier this year we told how a dangerous fad had emerged on social media – eating rotten meat.

Those taking part in the trend have dubbed it as "high meat" and use meat that has been left to rot over a period of weeks, months and in some cases years.

The participants don't cook the meat, and instead eat the grey flesh raw.

The meat used is often covered in slime and little patches of grey mould – with some of the meat even having turned grey or brown as it decomposes.

Speaking to The Sun, Dr Sarah Jarvis, GP and Clinical Director of Patientaccess.com said: "At worst, it can cause serious illness – severe tummy pain, vomiting, diarrhoea and dehydration.

"While fans may talk about the Inuit people’s habit of eating kiviak – basically a seal’s carcass stuffed with whole birds and left to ferment – fermentation (used in producing yoghurt, alcoholic drinks and sauerkraut) is very different from rotting." 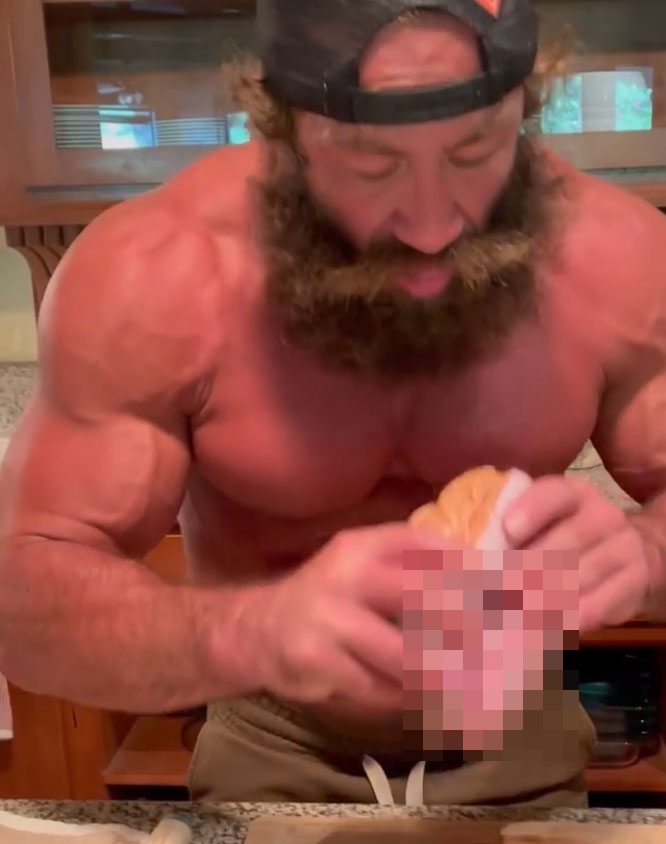 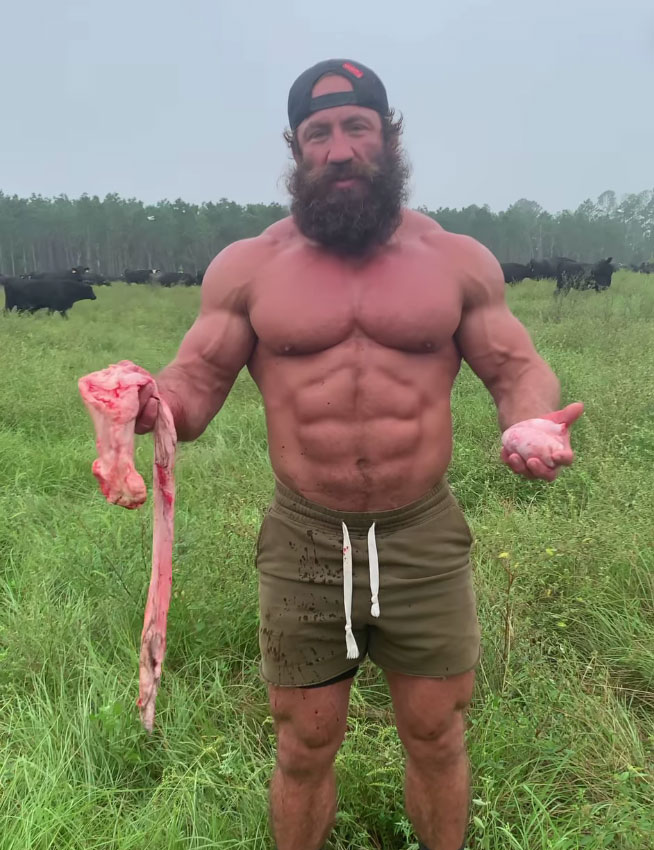