I’ve traveled alone for the past few years, and learned so much along the way. I’ve taken four-day treks through the Sacred Valley of the Incas in Peru, and enjoyed fresh baguettes under the Eiffel Tower in Paris. I’ve been able to see more landscapes than I ever imagined and have unforgettable experiences without waiting for another person to join in on the adventure. After meeting someone and getting into a relationship, though, I worried that my travels would negatively affect what we had. To my surprise, that couldn’t be further from the truth. I learned this because I didn’t talk to my significant other on vacation, and it was better for our relationship than I thought.

I always dreamed of traveling the world with the love of my life, but it hasn’t always been possible with our conflicting schedules. I didn’t necessarily want to sacrifice my vacation, but I was unsure if this would ruin the amazing thing we had going.

When I planned a trip to Costa Rica, I initially planned on keeping in constant contact with him. I wanted him to feel comfortable and admittedly, I’d grown to love his presence — whether in person or on the phone. I quickly reconsidered once I realized that maintaining my independence on this trip would be good for myself and my relationship. It turns out, I was totally right.

I Had Time To Myself 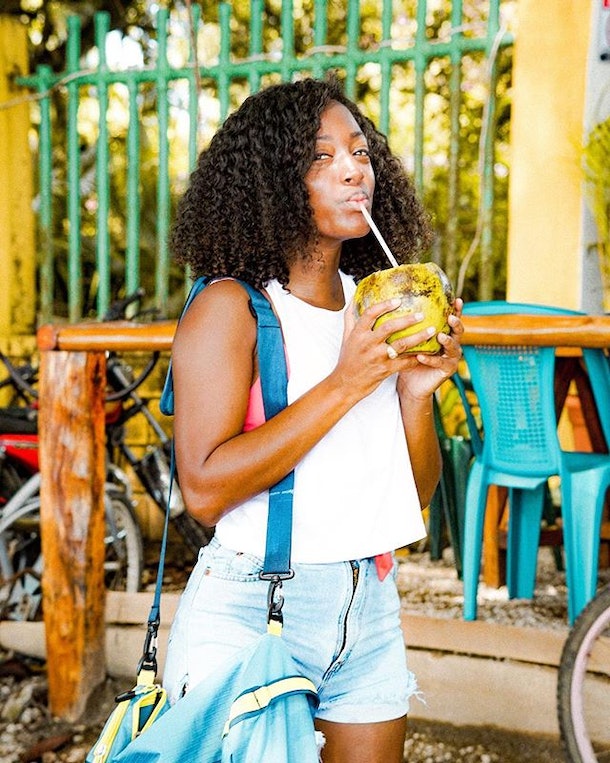 Jaw dropping Waterfalls, lush rainforest canopies, piercing volcanos, stunning beaches, SLOTHS, mangos, plantains, monkeys, treehouses, adventure activities, Caribbean vibes(on the Caribbean side) and the ‘pura vida’lifestyle(Costa Rica is one of the happiest countries in the world…seriously look it up!) are a few of the things that drew me to Costa Rica. . . Many of you ask me how I choose destinations and I feel like it’s highly dependent upon your interests. Instead of choosing a location based off recommendations and then choosing things to do, I prefer to think about what interests me and THEN choose my destination based on that. Fortunately, I’m down for any adventure. Here are some of the things I’ve done in Costa Rica & what you can expect to do if you visit: . . I’ve swam in both La Fortuna Waterfall near Central Costa Rica and Oropendula waterfall near Rincon De La Vieja National Park. . I’ve slept in an open air off the grid(no AC/electricity/hot water) near Puerto Viejo where I saw fireflies for the first time and woke up to the sound & sight of monkeys at dawn. . I soaked up the Caribbean vibes of Puerto Viejo, where most of the Afro-Costa Ricans and indigenous communities are settled. . I took surfing lessons in both Samara and Puerto Viejo, with some surfing instructors that are pretty easy on the eyes. . I (attempted) stand up paddle board yoga on Lake Arenal, one of the most serene settings in the country. . I’ve eaten unidentifiable fruits in San Jose’s street markets. . I’ve soaked in geothermal hot springs near La Fortuna and taken volcanic mud baths in Guachipelin hot springs near Rincon de La Vieja. . . I’ve hiked Volcano Cerro chato & it was absolute hell. But glorious too. . . I’ve white water rafted the Pacuare river, which is known to have some of the best rapids in the country. It felt like a seen out of Jurassic Park. . . And much much more. Does Costa Rica sound like a place you’d love? . . @gadventures #gwellness #selfcare . . PS. In hindsight, this coconut was sold with a straw, but definitely should have rejected it. ??‍♀️ [sp]

It’s so important to remain your own person when you get into a relationship, but sometimes, that’s easier said than done. Before you know it, you may begin to pick up some of the same hobbies and goals, which is perfectly OK. But, this trip provided the time and space I needed to realign with my own interests.

I was able to go for relaxing walks and journal on long bus rides. I was able to finally re-connect with myself in ways that I hadn’t been able to since I got into a relationship. This was difficult to admit, but it reminded me of how important it is to prioritize time to myself so that I can be the best partner I can be.

I Made New Friends 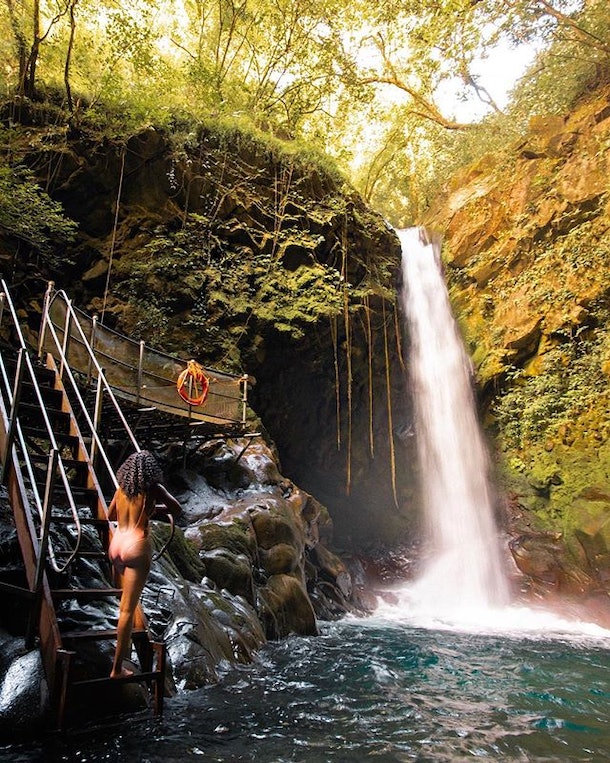 Gonna let the picture speak for itself this time around ✨ God really snapped. . Hows your Wednesday going?

I’ll admit that it can be difficult keeping up with some friendships when you get into a relationship. I personally wanted to spend all of my time with my favorite person in the world.

During this trip, I stepped outside my comfort zone and connected with other people. If I traveled with my partner, I would have likely stuck by his side instead of branching out. If I stayed in contact with him, I might have been eager to call and text him at every instant. Cutting off contact was extremely difficult, but it allowed me to truly connect with the moment and people who were around me at the time.

It Might Sound Cheesy, But The Distance Made My Heart Grow Fonder 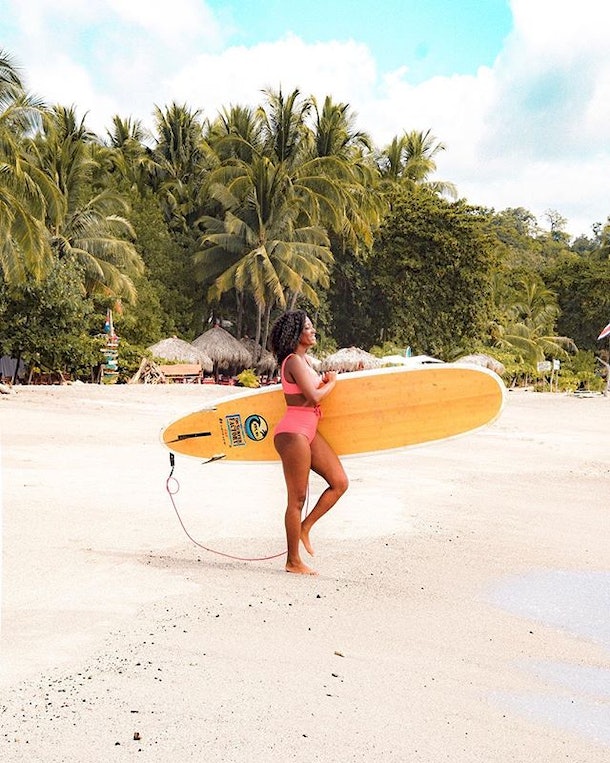 It’s scary to try a sport like surfing. You must face constant defeat before you see a sliver of success. You must fall down over and over before you get close to standing. Unlike this photo, the learning process ain’t pretty, but it’s a glorious feeling whenever you finally get up on that board…even if for just .001 second. . . . I took my first surf lesson last time I came to Costa Rica. Why? Well, why not? I always want to be open to trying new things. Better yet, I always want to be open to failure because you can’t get better without it. . . May you always be open to trying new things, whether that be a recipe or getting on a surfboard. The most exciting aspects of life often lie just outside of our comfort zone. Have you tried anything new lately? . Blending #gwellness & adventure with @gadventures in Costa Rica, known for its surf culture. [sp]

It’s a known saying that "absence makes the heart grow fonder," and I can honestly say that it’s so true, because I put it to the test. You’re used to having this special person in your life, so it’s normal to miss them when they’re not with you. However, stepping away gave me the opportunity to truly reflect on our relationship.

I was able to take a step back and think about everything. Being apart gave me a greater appreciation for my partner’s presence in my life. The smaller things that I typically overlooked made me smile. At the end of the trip, I was even more excited to return back to my partner’s arms. 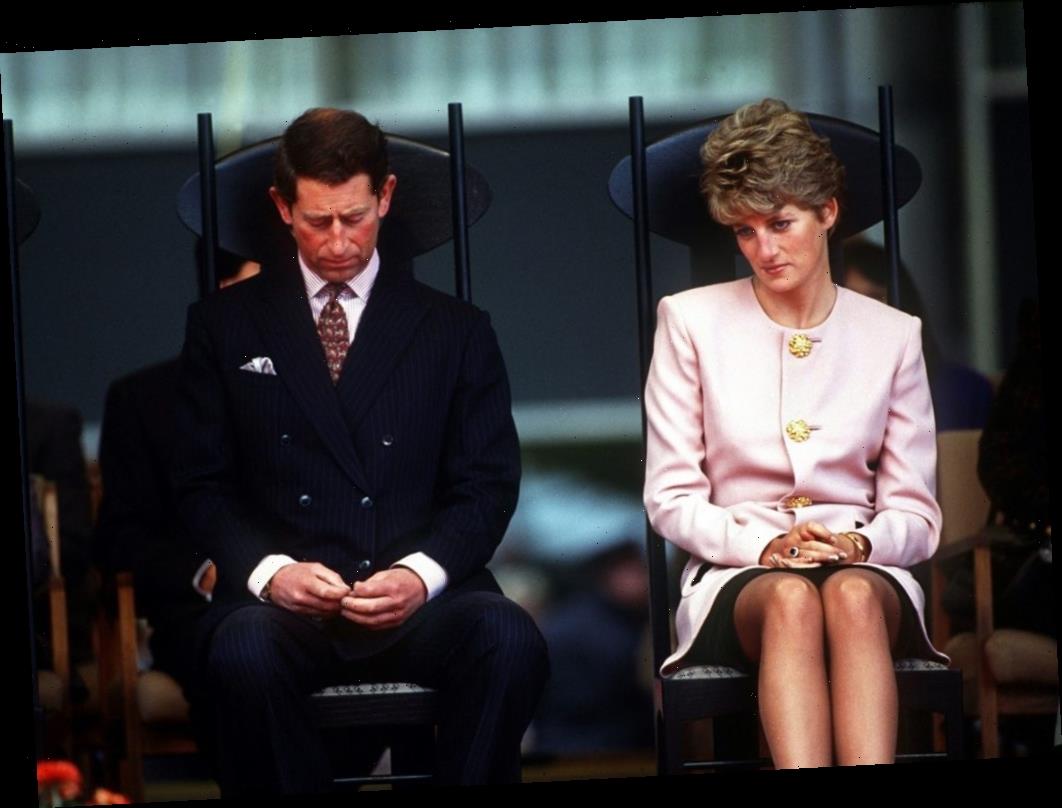 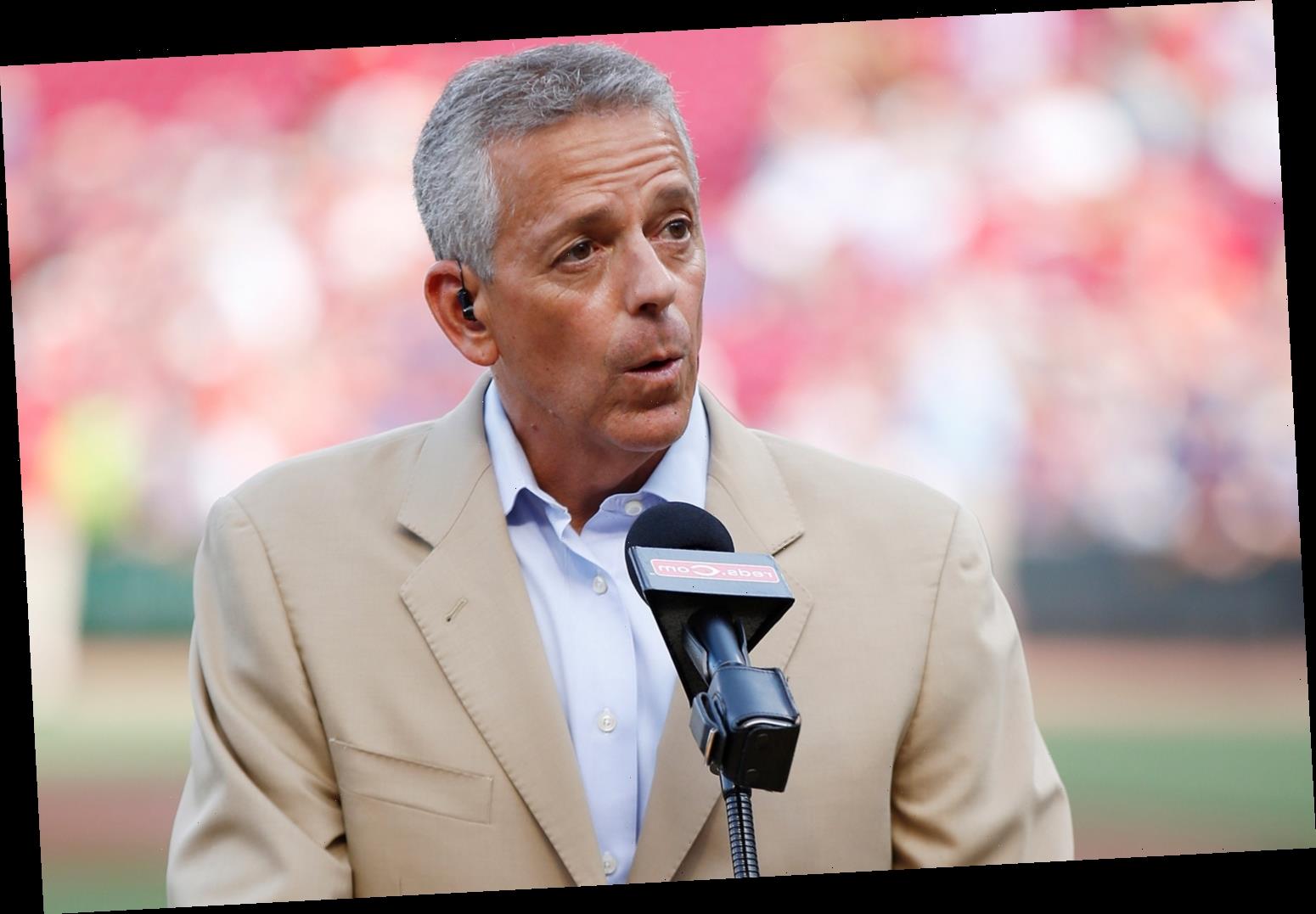