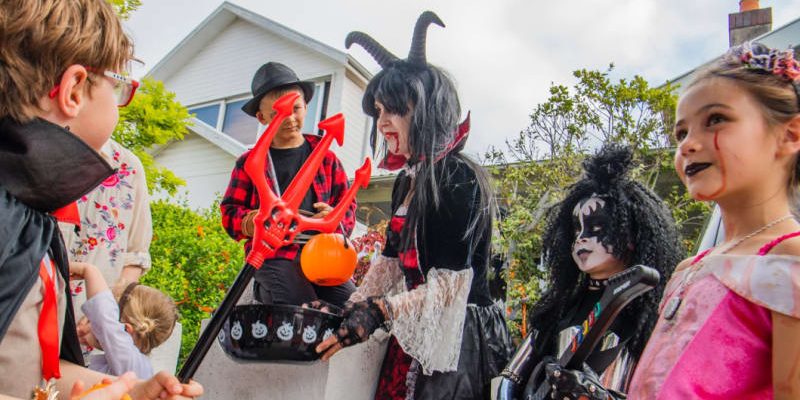 I was most unimpressed when my wife told me last week that our two children would be dressing up to go trick-or-treating for Halloween. 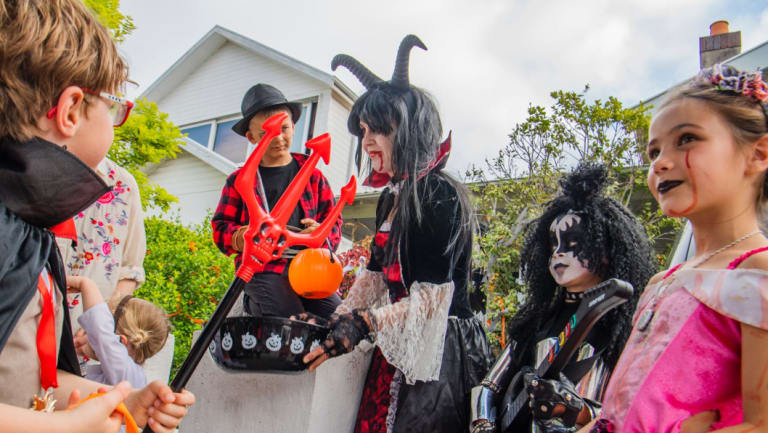 As I made my way home from work on Wednesday night I was surprised by the number of households that were embracing the Halloween spirit. Credit:Louise Kennerley

Beyond gorging on sugary sweets, I have just never seen any reason to celebrate this foreign festival.

Yet another American custom to infiltrate Australia. And I don’t have much of a sweet tooth anyway.

After all, what business does an agnostic Jewish-Australian family have celebrating Halloween? So I boycotted in protest. 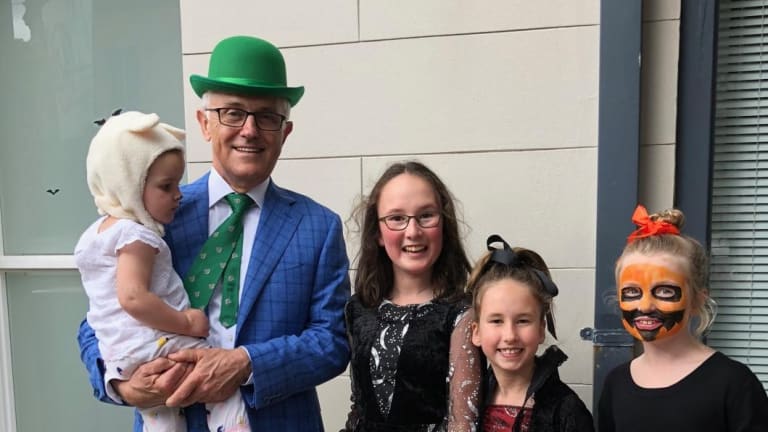 Having recently moved to Caulfield – the very cream cheese of Melbourne’s Jewish bagel belt – I anticipated having to contain my smugness at the thought of my children returning empty-handed from knocking on the doors of other boycotters like me.

But as I made my way home from work on Wednesday night I was surprised by the number of households that were embracing the Halloween spirit. They had strung up props as an invitation to neighbourhood kids to knock on their doors. Perhaps it was even a little heartwarming.

When I got home, my wife’s friend who lives nearby was dabbing green paint on our daughters’ faces with black moles sprouting hair to go with their witch costumes.

I couldn’t help but admit to myself they were the cutest witches I’d ever seen. Their enthusiasm to get out into the street was infectious.

Still, I was determined to abstain so I went for a run instead. It had been an incredibly busy week at work but far more troubling was the international news.

Running for me has always been a kind of meditation and as my shoes thudded the pavement I thought about the Jewish community in Pittsburgh where 11 people were gunned down in a synagogue.

I wondered about their unimaginable grief as the awful headlines about the atrocity reverberated around the world. For many Jewish communities, this is their worst fear come true. It is only natural for Jews in the diaspora to be nervous about whether they may be vulnerable to such an attack.

Yet as I jogged through the streets I saw numerous houses where fake cobwebs and phony crime scene tape was strung up alongside mezuzahs – the small, encased parchments with religious text that are attached to the doorposts of Jewish homes.

Together with their non-Jewish neighbours they were inviting strangers to the doorsteps of their homes without concern for their security.

It was the very thing that anti-Semites and bigots want to take away from us all – the beauty of ethnic minorities living openly and proudly while being embraced by mainstream society.

As I continued running I saw many groups of kids in all manner of outfits, some had gone to great lengths. There were bees and vampires and a pair of Super Mario Brothers.

A middle-aged couple sat on chairs in their driveway dressed in ghoulish costumes with a bowl of lollies perched on their fence.

They smiled and waved as I chuckled at their costumes. Meanwhile, kids were running free and playing in the street just as I once did, in between knocking on doors of homes with Halloween decorations and respectfully avoiding those without spooky adornments.

Neighbours lingered to chat with each other.

I came home wondering whether, just maybe, there is something to like about Halloween even if I’m yet to grasp its historic and cultural significance. I’m not yet ready to don a costume and join the trick-or-treating fun. But I can accept something that brings neighbours out onto the street together just once a year, even if it is a foreign festival.