The producer of a new Australian horror film about a terrifying predatory mammal believed to have inspired the mythical drop bear, the extinct thylacoleo carnifex, has denied similarities to a 2016 novel with an identical title that features the same killer creature.

Queensland novelist Matthew J. Barbeler created a social media stir after seeing a trailer for Carnifex, which screened at the Adelaide Film Festival on the weekend, and posting on Twitter: “I did NOT sell the rights to my Australian horror novel Carnifex.” 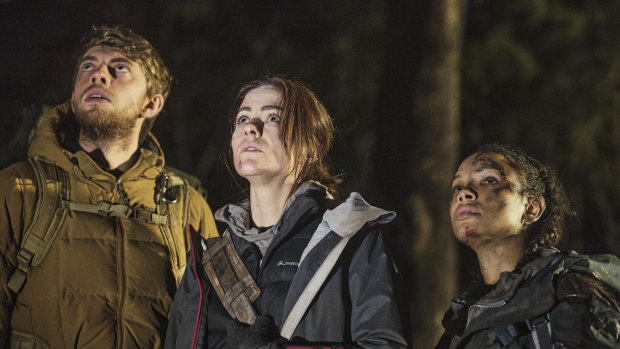 Being tracked by a terrifying creature: (from left) Harry Greenwood, Alexandra Park and Sisi Stringer in Carnifex.Credit:Maslow Entertainment

He added, “I am so mad”, and asked for suggestions for “any decent IP lawyers in Brisbane”.

The book, written under the pseudonym Matthew J. Hellscream, is described as being about five tourists in the outback who “find themselves locked in a desperate struggle for survival after stumbling into the hunting grounds of a predator long thought extinct”.

Director Sean Lahiff’s film is about an aspiring documentary maker (Alexandra Park) who joins two conservationists (Sisi Stringer and Harry Greenwood) on an outback trip to record animals displaced by bushfires and discover they are being tracked by the terrifying carnifex.

South Australian company Mighty Kingdom is adapting the film, which opens in cinemas on December 1, into a video game.

The creature at the centre of both the film and novel is an extinct carnivorous Australian mammal that is also known as the “marsupial lion”.

Producer Gena Ashwell said the filmmakers were unaware of the novel until Barbeler’s post.

She said searches during financing found the title, Carnifex, was in the public domain and had been used as the name of an American band.

“As far as the plot of the story goes, it’s completely different,” she said.

Ashwell said the inspiration for the film was her English mother, Julie Vogel, being warned about drop bears when she went to a pub toilet during a road trip in 2017. 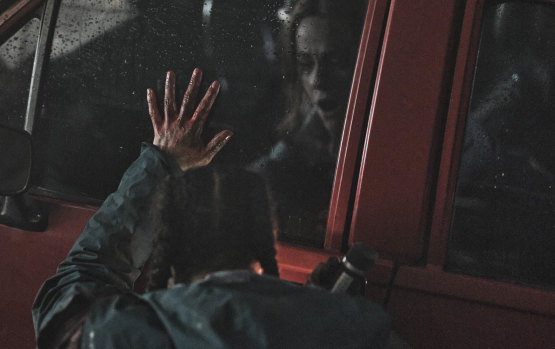 “She was petrified,” Ashwell said. “When she got to Sydney, she rang me and I got a real earful about it.”

Ashwell told fellow producer Helen Leake that it seemed like a great idea for a horror film with a conservationist angle, set after devastating bushfires.

With a script by Shanti Gudgeon, who wrote for the horror series Wolf Creek, the film was shot in South Australia. In a later post on Twitter, Barbeler clarified that “I am not alleging theft of IP”.

“I have not seen the film,” he wrote. “I only confirmed that I had not sold the rights to my novel.”

Barbeler urged supporters not to review-bomb (flooding film websites with negative reviews of) the film.

“If the filmmakers came to this idea themselves, fantastic,” he wrote. “I can’t wait to watch the movie and see their interpretation of an absolutely magnificent and terrifying Australian beast that needs more love. I’ll not be making any further comment on this matter at this time.”

Ashwell said she had not been in contact with Barbeler yet but would invite him to a screening.

A spokeswoman for the South Australian Film Corporation, which is one of the financiers of the film, said it required producers to take steps to secure copyright.

“A number of warranties relating to the copyright are provided by the producer to the financiers, including the SAFC, as is the standard process used throughout the industry including all state and federal funding agencies in Australia,” she said.