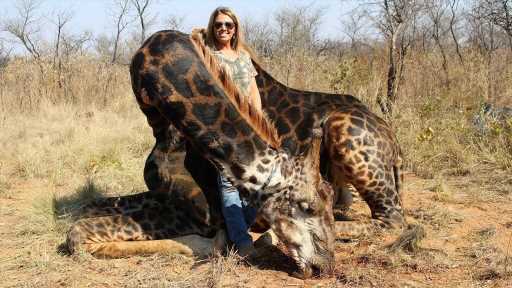 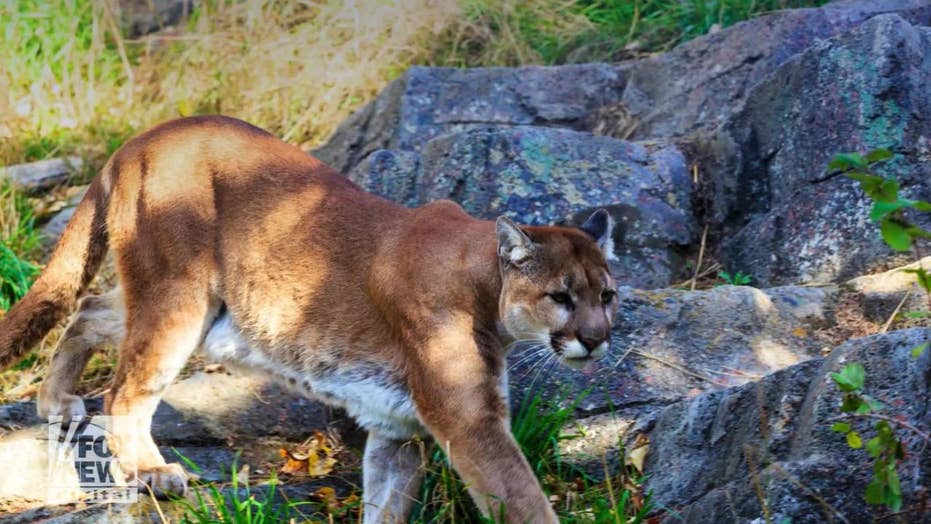 Hunter slammed for posting bloody photos of her ‘trophy kill’

A hunter is being slammed for posting bloody photos of her ‘trophy kill,’ but she insists the hunt was legal.

A woman whose hunting photo of a giraffe went viral last year said that despite her shock at the backlash to the photos, she continues to hunt and remains proud of her hobby.

Tess Thompson Talley, from Kentucky, spoke with CBS on Friday about the giraffe she hunted in South Africa in 2017, that ended up going viral last year when pictures of her hunt were posted online.

Trophy hunting is a legal practice in a number of African countries, including South Africa, Namibia, Zambia and Zimbabwe.

"It's a hobby, it's something that I love to do," Talley told the network. 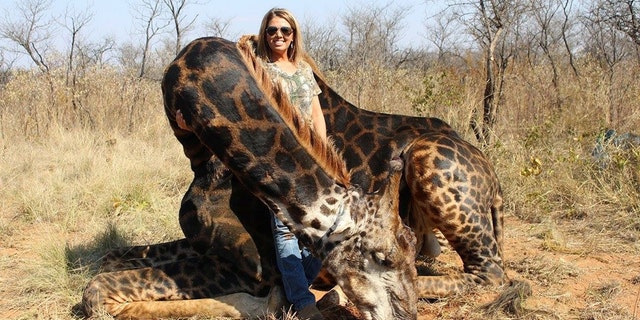 Talley told the outlet she ate the meat of the giraffe, and made decorative pillows and a gun case using its skin.

She explained that the specific hunting trip that caused so much uproar was actually part of conservation efforts to manage wildlife in a specific area. Though she isn’t a conservationist herself, she uses her hobby to “do my part,” she said.

"Everybody thinks that the easiest part is pulling the trigger. And it's not," she added. "That's the hardest part. But you gain so much respect, and so much appreciation for that animal because you know what that animal is going through. They are put here for us. We harvest them, we eat them."

She reiterated if her hunting wasn’t contributing to conservation efforts, she wouldn’t participate.

"Just knock down animals just to be knocking them down, and it not helping anything?" she told CBS. "No."

Talley also clarified that posing with her kill is part of a hunting tradition.

"The pictures are a tradition that hunters have done long before social media," she said. "When social media came around, that's when there was an issue."

Despite the backlash she’s received from those photos — including from people trying to get her fired — she told CBS she’s “absolutely” still hunting.

On Friday, Fox News reached out to Talley for comment, but did not hear back immediately.

BIG-GAME HUNTERS DEFEND KILLS, SAY THEY WON’T BACK DOWN AFTER RECEIVING BACKLASH FOR POSTING PHOTOS

“White American savage who is partly a Neanderthal comes to Africa and shoot down a very rare black giraffe courtesy of South Africa stupidity,” read the June 2018 tweet. “Her name is Tess Thompson Talley. Please share.”

The images spurred deep emotions among those opposed to the controversial practice, including prominent animal activist and Hollywood actor Ricky Gervais, who tweeted about giraffes being endangered at the time the pictures went viral.

At the time, Talley explained her hunt to Fox News.

“The giraffe I hunted was the South African sub-species of giraffe,” she said in an email last July. “The numbers of this sub-species is actually increasing due, in part, to hunters and conservation efforts paid for in large part by big game hunting. The breed is not rare in any way other than it was very old. Giraffes get darker with age.”

“This is called conservation through game management,” Talley said at the time, insisting hers was not a “canned” hunt.