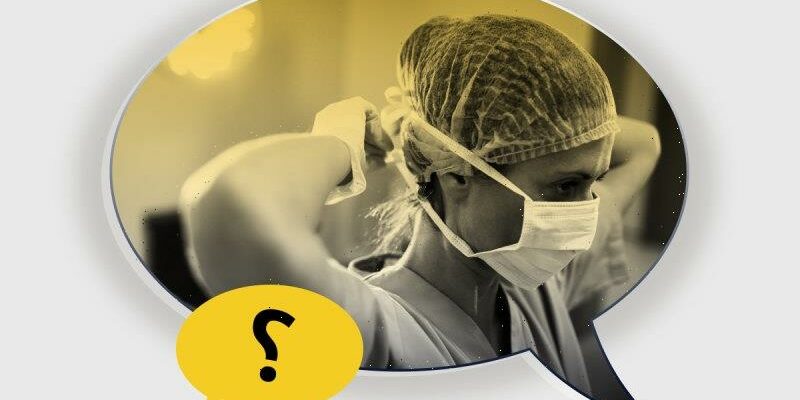 Getting to see a GP on time. The availability of specialists. The mental health crisis. These are the things Victoria’s voters want addressed by politicians at the November election.

A trip to the family doctor is often the first step for people who are sick or need a check-up, but this is also where the problems begin.

Victorians have told us they can wait days for the next available GP appointment. Getting to see their regular doctor, if they have one, can prove near impossible, especially in the regions.

As part of our Victoria’s Agenda project, we’ve asked you about what you want the politicians to be talking about at this election. We’ve had dozens of conversations with people from across the state, conducted a major survey of Age readers and done some Resolve polling, all of which have shown that growing problems in accessing healthcare are top of mind for people of all ages.

Health, along with integrity in politics and governance, was named by roughly half of Age readers surveyed as an issue that would influence their vote in the November poll. That includes Victorians aged 18 to 44 years old, 48 per cent of whom named health their key concern.

This sentiment hasn’t escaped the notice of Victoria’s two major parties, which have already promised more than $20 billion combined to building new hospitals and staff them. But the crisis won’t be solved just by new facilities, and can’t be fixed by Victoria alone. 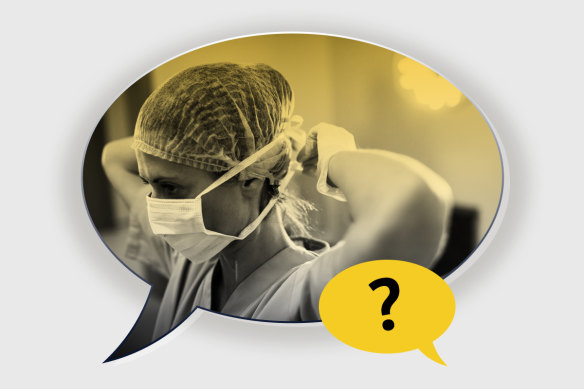 Don’t we already have access to healthcare when we need it?

It’s difficult to find an area of the health system that’s not struggling to provide timely care. After delays seeing a GP, many people mentioned long waits to see a specialist for serious concerns.

Maha Khatun, from Bendigo, said it took her three months to get a specialist appointment for neck pain.

In Wangaratta, George Mayer said, “My wife has cataracts and needs surgery, but will have to wait months for it.”

Lockdowns and staff illness caused by COVID and other respiratory illnesses have stretched Victoria’s surgical capacity over the past few years. The number of patients waiting for a procedure has jumped by more than 75 per cent since before the pandemic, to about 87,000.

The state chair of the Royal Australasian College of Surgeons, Patrick Lo, told us the public sector didn’t have the same capacity as the private sector to “ramp things up” to catch up with delayed surgery, making him worry Victoria was heading to a “US system where only the rich can get the right care”.

Many Victorians are also worried about the accessibility of mental health services, particularly for young people, some suffering more social anxiety since the pandemic.

One young woman, Jessica Varrasso, said: “When you find a psychiatrist or psychologist that works well and they actually start to help, they get moved and you have to start all over with a new one.”

For at least a year now, hospital workers have been warning that they are understaffed, exhausted and their ability to provide care has been slipping to the point that sometimes even critically ill patients are having to wait to be admitted to emergency departments.

Has the pandemic caused these problems?

There’s no doubt the pandemic has been the catalyst for issues in response times and performance in some areas of the Victorian health system.

For example, before COVID-19, Ambulance Victoria was close to meeting its benchmark to respond to 85 per cent of code-one incidents within 15 minutes. (That means the ambulance getting there in that time.) Those response times slipped almost 20 per cent in 2.5 years, from 82.5 per cent in December 2019 to 64 per cent in June this year. In other words, only two-thirds of ambulances were on scene in the desired time.

However, health workers argue that much of the health system, including emergency departments and GP services, was already at capacity before coronavirus. “The system was full before the pandemic, so now there’s nowhere else for those patients to go,” said the Australian Medical Association’s emergency representative, Dr Sarah Whitelaw.

Whitelaw said the number of junior doctors choosing general practice was around 50 to 60 per cent when she graduated from medical school 20 years ago, but over time that has slipped to around 15 per cent.

“That’s not happened over two years of the pandemic.”

Are new hospitals the solution?

New and upgraded hospitals are required to meet the growing demand on Victoria’s hospital system. In the lead-up to the election, these new facilities have been promised. Premier Daniel Andrews has announced his government if returned would build the “largest hospital project in Australia’s history” in North Melbourne and Parkville, including two new hospital towers worth up to $6 billion.

The Coalition has pledged more than $12 billion in health spending, including a new children’s hospital in Werribee, which they say they’ll pay for by scrapping the government’s signature Suburban Rail Loop scheme.

However, most healthcare workers say a shortage of staff remains the most pressing problem. Rob Phair, president of the Rural Doctors Association of Victoria, said there have been times when available beds in emergency departments or in wards remained closed because no nurses were available.

“Certainly, the last few shifts I’ve been working in my sub-regional hospital, we’ve had a situation where we just haven’t had any [physical] beds to put patients. But even if we did have the beds, we wouldn’t have staff to look after those patients anyway.”

How much has the federal government got to do with this?

Many of the most upsetting stories from the Victorian health system are coming from the parts of the hospital and emergency services managed by the state government. There have been growing queues of ambulances parked outside overcrowded hospitals, and patients placed in marquees in car parks and being treated in waiting rooms or corridors.

However, emergency physicians say many people they are seeing who are unwell are unable to get adequate care from GPs and other community services. And people are languishing in hospital beds they don’t need because there is no place for them in aged care or disability support. These are both areas overseen by the Commonwealth, which also jointly funds Victoria’s public hospitals.

The interaction between Commonwealth and state is complex and outside the direct power of the state government. But what will the parties offer, beyond building new hospitals, to fix these impasses? Are their promises realistic? How will they fix staff shortages? What about the mental health system? Even if they do not want to answer these questions, we will press them because you’ve told us they are most pressing for you.