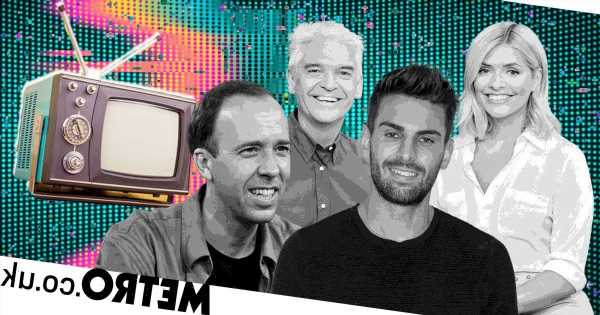 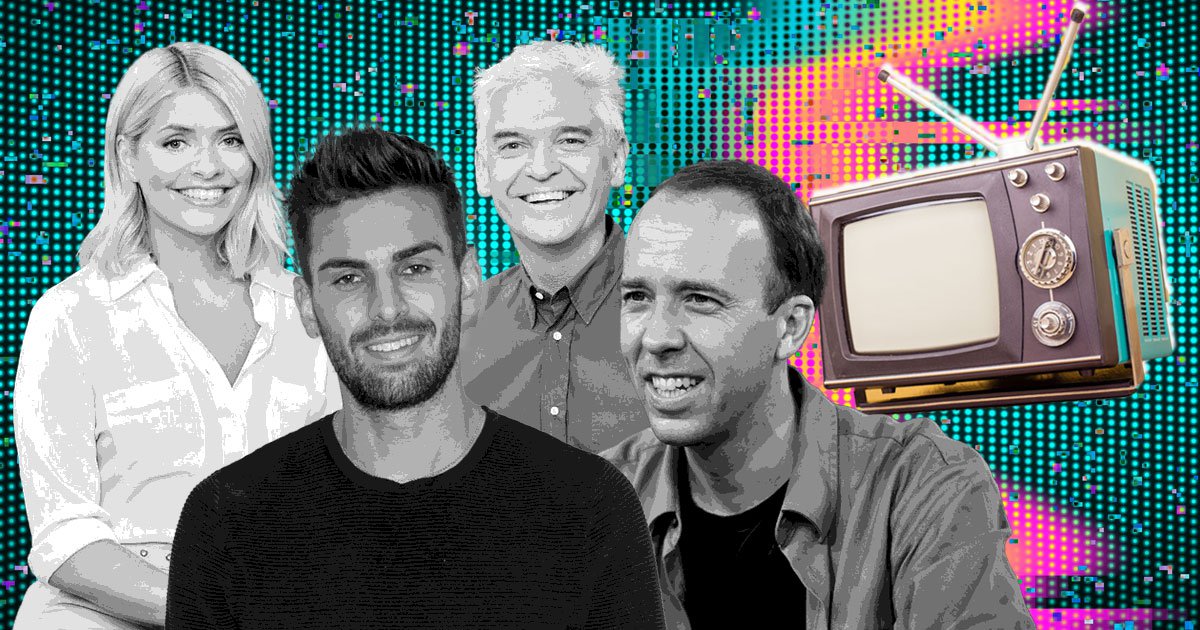 This year, television often made us feel as though we were living in an episode of Black Mirror. There were scenes on our screens that were so surreal we were left franticly asking ‘is this really happening?’ and ‘how did we get here?’

Somehow, somewhere, the line of taste, decency, and morality was overstepped, not once, but so frequently that we’re left with no other option than to fear we are heading towards the bad place. Or perhaps, we’re already in it.

For the most part, the few months of the year on television appeared to be okay. We were emerging from the Covid pandemic and quietly enjoying Bez from the Happy Mondays being lowered down on an ice rink on a set of giant maracas. Television seemed normal-ish.

But then all of a sudden Eamonn Holmes was calling for Prince Harry and Meghan Markle to be ‘thrown over the balcony’ on GB News and Richard Madeley’s Good Morning Britain interview with an activist looked like a scene straight out of Adam McKay’s 2021 satire Don’t Look Up.

Fast forward to the summer and this hellfire erupted, and it started with Adam Collard’s return to Love Island.

Adam first arrived on our television screens in 2018 and his foray into the villa was marred with controversy. At the time, he was accused of gaslighting and emotional abuse.

But fast forward four years, and he was invited back with open arms to crack on and find love once again. It was a problematic move by casting producers and one so bad that the charity Women’s Aid was forced to issue a statement expressing concern.

Had everyone simply just forgotten about Adam’s behaviour or did nobody seem to care?

Things started to reach a fever pitch in September when Holly Willoughby and Phillip Schofield left the nation outraged with a special version of their Spin to Win game on This Morning, one month before the queue-gate controversy no less.

Their revamped competition gave callers the opportunity to get their energy bills paid for, ditching its usual prizes of holidays abroad.

The move couldn’t have been more tone-deaf if it tried and viewers were so shocked that the cost of living crisis was being made light that they flocked to Ofcom in their hundreds. Needless to say, it was soon scrapped.

But Holly and Phil’s patronising game was just one of several unbelievable television moments that left us with our heads in our hands. Remember how former Tory MP Edwina Currie dropped by Good Morning Britain to tell viewers they could save money on their energy bills by putting foil behind their radiators? Yes, that really happened. No, it wasn’t a fever dream.

Luckily, we did have some light relief in the form of Joe Lycett that same month when he joined Laura Kuenssberg on her BBC politics programme.

During the hour-long episode, he gloriously ruffled feathers by pretending to be a staunch supporter of 44-day Prime Minister Liz Truss.

‘I think the haters will say we’ve had 12 years of the Tories, and that we’re sort of at the dregs of what they’ve got available, and that Liz Truss is sort of like the backwash of the available MPs,’ he said.

‘I wouldn’t say that, because I’m incredibly right wing, but some people might say that.’

But the laughter wasn’t to last because it wasn’t long before we were smacked square in the head with the biggest dose of dystopia yet: Matt Hancock being offered a redemption arc on a plate on I’m A Celebrity… Get Me Out Of Here!

Hancock, as in the very former Health Secretary who lest not forget was responsible for putting thousands of elderly people back in care homes during the Covid pandemic, which saw hundreds of thousands of people die.

He was allowed to skip into the jungle as if the past two years never happened.

But that’s not even the worst of it. Despite the initial rage that exploded after he was announced as a latecomer, he someone managed to claw his way into the final.

After a few weeks in the jungle, Hancock somehow won over the hearts of millions with many prepared to forgive and forget his actions of the past. He exited the camp in third place, proving more popular than Mike Tindall and bloody Sue Cleaver from Coronation Street. How on earth did we get here?

Having watched television with abject horror this year, I only fear that we’ve barely scratched the surface.

Could we expect to see Boris Johnson in the Big Brother house when the classic reality show returns to ITV? Well, it’s clear we can no longer rule it out.

If this is the future of television, then I want out.