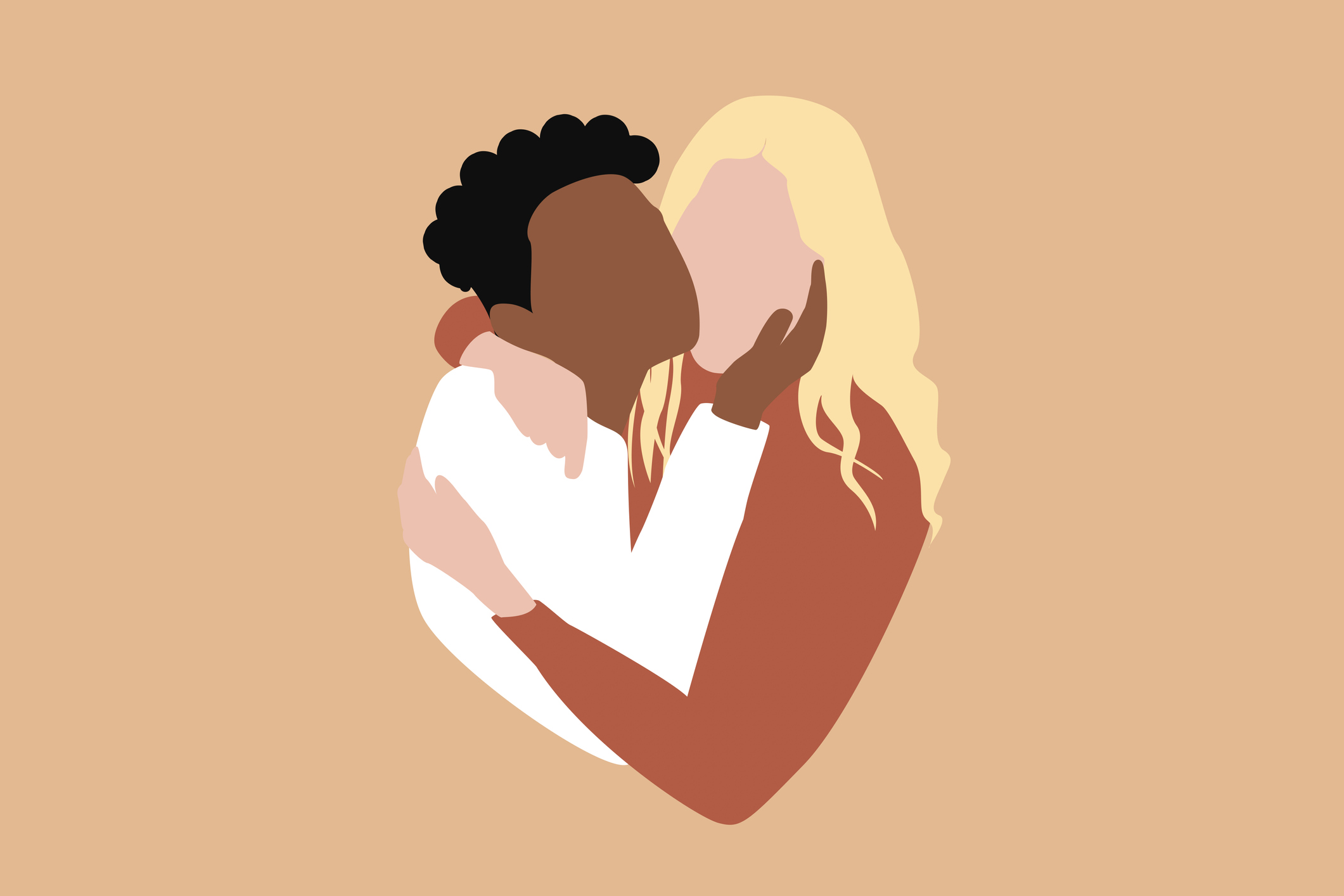 Want a partner but feel like you’ve been looking in all the wrong places? One new study has shown you may already know them.

It analysed responses from nearly 1,900 university students and adults and found that 68% of romantic relationships began as friendships, with that number jumping to 85% among LGBTQ+ people in their 20s.

Lead researcher Dr Danu Anthony Stinson, who is a psychology professor at University of Victoria, said that the vast majority of research up to now has been on how romance can be sparked between strangers, not how friendship can grow into something more.

She added: ‘There are a lot of people who would feel very confident saying that we know why and how people choose partners and become a couple and fall in love, but our research suggests that is not the case.

‘We might have a good understanding of how strangers become attracted to each other and start dating, but that’s simply not how most relationships begin.’

Hayley Quinn, dating expert with Match, tells Metro.co.uk: ‘A great friendship is often the basis for a really solid relationship.

‘After the initial honeymoon period of dating has faded, a successful relationship (particularly if children are involved) can feel more like running a small business.

‘You need great communication, consistency, and the knowledge that even when times get tough you’ll have one another’s back.’

Researchers working on the study, which was published in the journal Social Psychological and Personality Science, noted that the vast majority of participants said they did not start their friendships with romantic intentions, or even attraction.

But wading into relationship territory with a friend isn’t always simple – in fact, it could easily become very complicated, and when a friendship is on the line, the stakes can feel very high indeed.

So how on earth are you meant to know whether your friendship has real romantic potential?

Hayley says: ‘If you have a friendship right now that you’re contemplating could be something more, ask yourself, “is it really easy to talk to this person?”, “do I feel I can rely on them?” and “am I truly myself when I’m around them?”

‘The answers to these will help to guide your decision and help you think about what you really want in the long term.’

Dr Stinson’s findings also indicated that it’s likely the couples in the study were established, platonic friends before they became something more, based on the average time they were in each other’s lives.

However, this isn’t to say that every stable friendship would make the perfect relationship – sometimes people really are better off as friends.

‘Before you try to progress your friendship into something more,’ says Hayley, ‘you may want to ask yourself if the reason you’re thinking of moving this forward is because there’s nothing else going on in your dating life?

‘If so, it can be easy to look around you and try to find someone to fill that role, rather than just becoming more comfortable having some alone time.

‘The other important indicator whether your friendship could be something more is reciprocation.

‘Is the other person willing to spend more time with you? Are they also showing that they’re open to the increased intimacy between you?

‘If they’re putting the brakes on, then stop short of trying to convince them that you’d be great together. You need willingness from the other person to make a relationship work.’

With that in mind, if you’ve thought long and hard about it and come to the realisation that you want to be more than friends with someone in your life, Hayley recommends slowly testing the waters rather than jumping in head first.

‘Could you swap up your coffee catch up for cocktails or dinner? Can you aim to spend longer with them over the weekend?

‘Could you see them more regularly? Can you speak more candidly to them about what’s important to you in a relationship?

‘At each one of these intervals of trying to increase your connection to someone, you’d want to see that they’re coming along for the ride and that they’re making the time for you by leaning into the relationship.

‘If not, this could be your early indicator that they’re just not open to romance in the same way you are.’

Get in touch by emailing [email protected]k